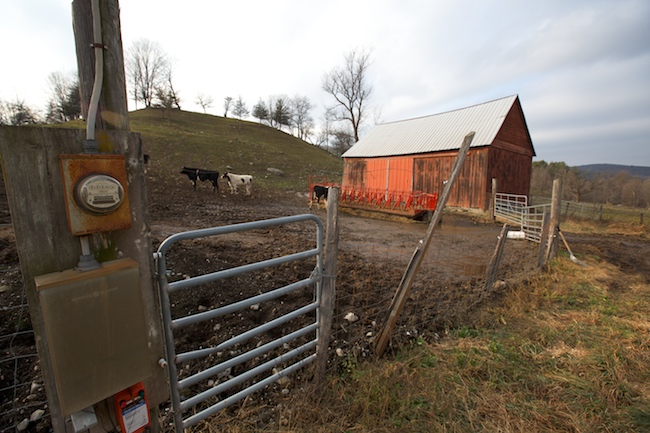 Battenkill Farm, Salem. Support the ASA Calendar. Otherwise, this farmland will disappear and everything will look
like New Jersey. I’ve seen it, I know it can happen.

I’ve learned a lot about panic and other forms of anxiety in the past couple of years, and one thing I’ve come to see is that a lot of panic comes from people doubting that they can take care of themselves. Things like recessions, which generate a swarm of bad news, real and feared, bring that particular fear into focus for people. For many years, I did not believe I could take care of myself, and I passed a lot of my life onto other people, hoping they would take care of it for me. I was good at that, and I found people happy to do it. It’s a creepy way to live.
As I have learned to take care of myself, my panic has eased, receding, and then returning when something new or strange pops up. I am coming to see that I can take care of myself. Also that it is important to support that notion in others, and not to undermine people’s belief in themselves by doing things for them that they should and need to be doing for themselves. People who are not allowed to have problems have no way of knowing they can solve them. I understand that I sometimes have to help the people I care for by not helping them. The people around me seem to know that.
They need to know they can take care of themselves. So do I. It is the best antidote to panic.