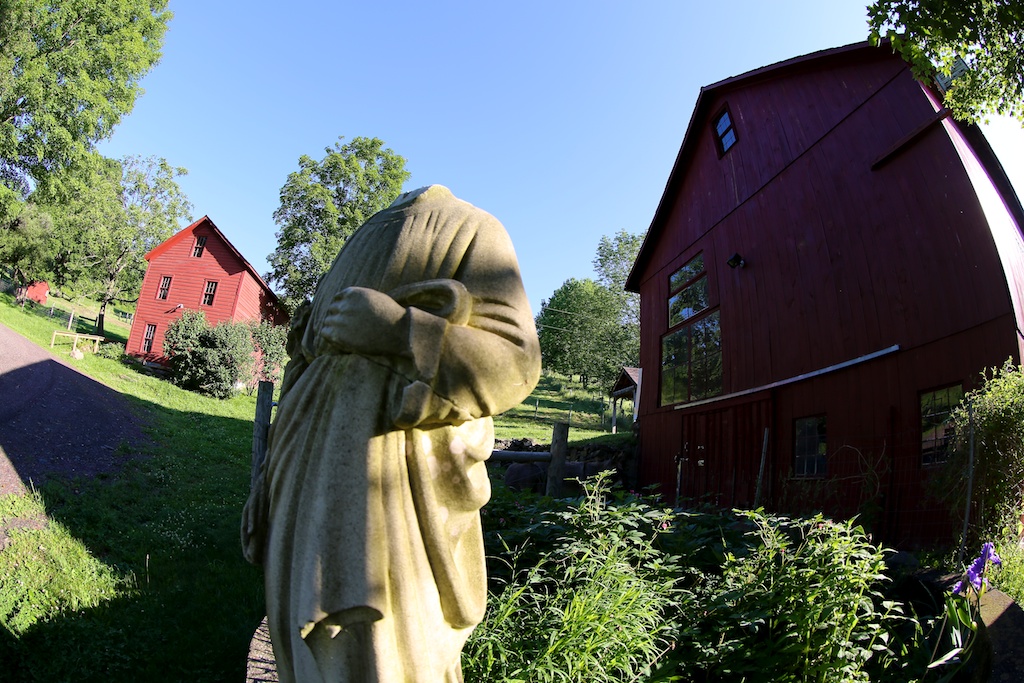 I texted my angel today, she was working part-time,

in a Dunkin Donuts near Kansas City, applying, she said,

Knocking out some local Churches, she said, God is like a farmer,

say the economists, not efficient, not productive enough,

they do it cheaper in the Third World,

but hey, the global economy is good for all of us. Isn’t it?

I left the corporate world, she said, to be a writer, maybe an artist.

That’s my story. Switched to being an angel, instead.

No pension, she said, but medicines paid on Plan B,

if you order them online between the half-and-quarter moons,

and pass your deductible.

Prescriptions and prayers are the same thing, she told the manager,

but he raised his eyebrows, and she reminded herself to tell him

what he needed to hear, not what she believes.

Sometimes, she texts back, I hate my job, but who doesn’t?

I love my job, I said. Well, wait until the e-book thing

mushrooms, and  you’re getting 4 cents a book from the Kindle,

and you’ll be in your own booth here, she said. Poor thing.

Good on you for trying.

Downbeat for an angel, I said, aren’t you supposed to be  upbeat?

Oh, sorry, she said, I thought I’d be retired now, strumming the Harp in heaven,

walking barefoot on clouds. My IRA is all shot to hell, pardon the expression.

Can’t get a speaking gig.

Last night, she said, I saved a soul. Found a commentator

on cable, about to go work for a Super-Pac.

Hey, I said, you will be going straight to Hell,

no stops. Hold up. Buy an organic farm near Cleveland,

turn the world around. He did.