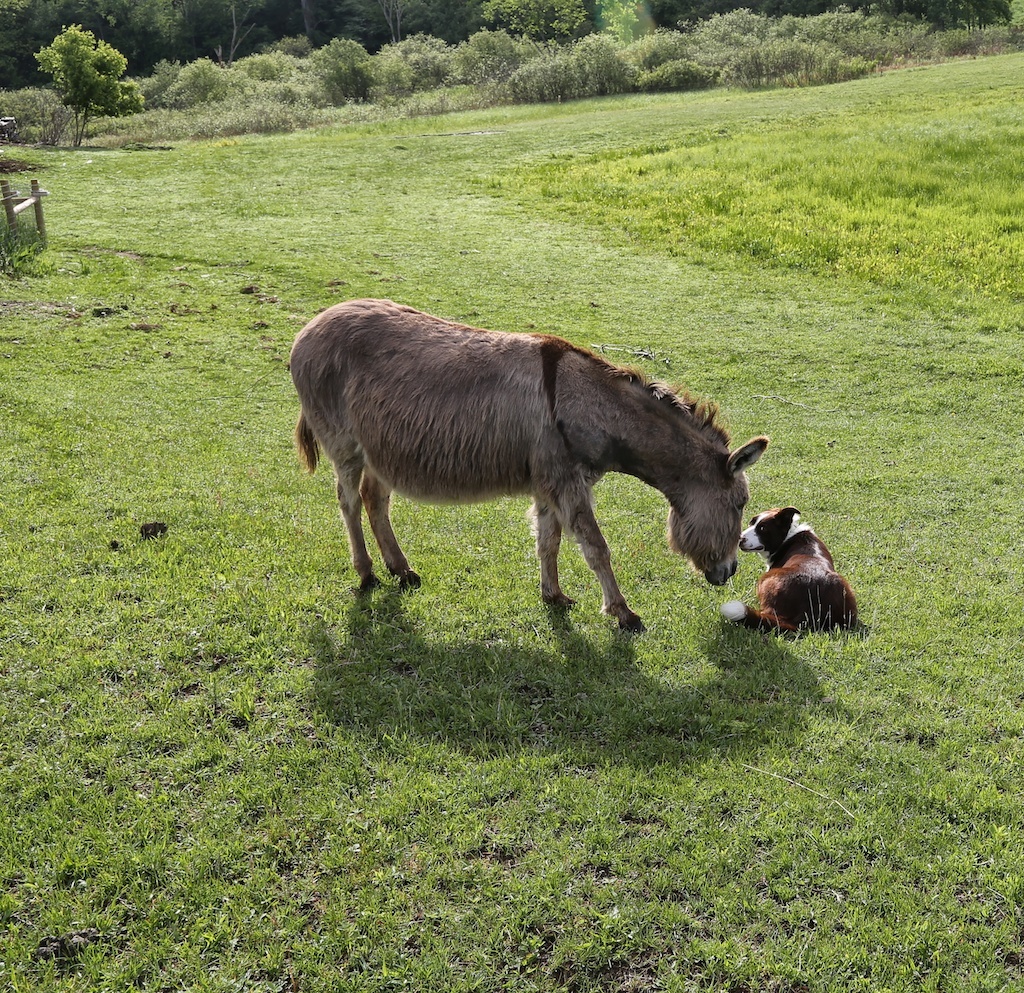 I have to admit the Bedlam Farm Men’s Group has taken some hits in the last year, Rocky died last winter after Simon nearly killed him, and I shot Strut the rooster after he attacked Maria and me repeatedly, drawing blood. It was perhaps not the finest hour of the new man. There are a lot of strong women around here – Maria, Flo, Minnie, Lulu, Fanny, Zelda –  and they seem to never hurt one another, but not too many men. We men are cohesive if not confused, we stick together, Simon, Red and me.  In a way, I suppose, this all speaks to the dilemma of men, even those who struggle to evolve, we are caught in our own hoary and troubled pasts, our own sorry webs of violence and confrontation, bullying and retribution, posturing and rage.

So this brings me to Ted Cruz, who possess many manly traits. He is brave, determined, alone, unafraid to stick his neck out for the American way, for all of us. As you know, this is not a political site and I’m focusing here on the maleness and Americanness of Ted Cruz, this is a man I just can’t resist writing about, there he is out there, getting more attention each day than Thomas Jefferson or Franklin Roosevelt ever dreamed about and so he came up at the monthly meeting  of the Bedlam Farm Men’s Group Survivor’s when Simon asked me “what the hell is going on in Washington. Who is Ted Cruz. Why is he on TV all of the time?”

Earlier this week some good Canadian people sat in my yard and asked me the same question, and I have to confess I was at a loss to explain Ted Cruz, other than to say I thought he was saving us from being Canada. My Canadian friends were confused, they politely asked me why America loves guns so much and hates health care so much. In Canada, they have free national health care and few guns, and they seem to do okay.

I said Ted Cruz explained this, because only evil people in evil countries make it hard to get machine-guns and offer health care to everybody. Cruz said he was fighting against that, and he is a true American hero to lots of people. He will never let us be Canada, I explained to Simon and Red, both of them a bit restless in the barn. Better to shut the government down, Ted Cruz says, that permit health care to destroy our way of life.

Simon asked me the same question as the Canadians, really, and I told him to be quiet, he was falling victim to the liberal media. Red rolled his eyes and said “God, do we have to talk about politics? I have work to do.” I counseled patience, this is important, I said, this week, this is central to any men’s club.  I ran all week from Ted Cruz and he followed me everywhere, popping up in news feeds on Facebook, in notifications and alerts, on my Iphone.

I heard about him when he went to the bathroom, when he didn’t, when he read Green Eggs N’ Ham to his daughter (I read that book to Simon once when he was ill, he loved it.) “What gives?,” said Simon.

Well, I tried to explain this all as a metaphor for men, which is the way I see Washington. You didn’t see any women on the Senate floor working to shut the government down. There men are mostly in charge, so there is argument all day and no solutions. Men posture, they preen, they dress up in suits and stand at microphones and give angry statements, and in America, I told Simon, they call this news and it is supposed to be so important that we need to follow it.

“Did he get to pee while talking all night?,” asked Red, focusing on the topic. “Nobody can figure it out,” I said. “It turns out, he probably had something in his pants to pee in (Wendy Davis had a catheter during her Texas filibuster for abortion rights,  it has been reported). “God,” said Simon, “and they call me an ass. What’s his beef?”

Well, I said (I squirmed a bit, as I was with my Canadian friends, it is a bit embarrassing to talk about my country these days) here’s the thing. Cruz is fighting for freedom, for the Constitution, for the American Way. “That means no health care?,” asked Red.

Yes, I said, if you listened to the filibuster, you will learn from Ted Cruz that health care for poor people is the greatest threat to freedom since the Nazi’s, and the people who don’t oppose health care are just like the people who didn’t oppose the Nazis. In fact, said Cruz (I saw Simon gulp at that), health care I said, violates the constitution. Heroes used to fight in wars, I said, but in America today, heroes get hours of cable TV talk time and pile up a lot of Facebook likes and tweets. And they need to be angry, because you-know-what-those-bastards-are-doing-to-us.

I mean, guys, I said, those Canadians talk about not killing people as if it were a good thing. What wussies.

“Can I have a bazooka?,” asked Simon. “I could blow those apples right off the trees, and I love America.”

No, I said, not now. We can’t afford a bazooka until we sell Bedlam Farm.

But machine guns don’t hurt people?, asked Red. Right, I said, Ted Cruz explained that during his heroic all night talk.  People hurt people, not guns. The Constitution gives all Americans the right to buy bazookas, machine guns, assault rifles, and they have the right to go and shoot people whenever they wish.
Canada doesn’t allow this,” asked Red? No, I said, Canada is probably an evil socialist place.
Is it dangerous there,” asked Simon, since they don’t allow guns? I thought of those sneaky Canadians, sitting right in my yard, looking so peaceful and smug. Just because nobody in their town is machine-gunning one another doesn’t make them better than us, I thought. Just because people who get sick don’t have to go broke paying for it doesn’t make Canada free like us. I was glad they are gone.

“Well, I said,” Ted Cruz didn’t get to this,  he didn’t have time, he only had 21 hours, but in Canada in 2012, 188 people died from gunshot wounds. In the United States, I told the boys, more than 100,000 people were shot by guns in 2012 (3,000 died in the 911 attacks) and more than 5,000 were murdered by people carrying guns. Canada’s crime rate, I said, has been dropping for years and is at the lowest point in 25 years. My tricky Canadian friends said it was unheard of for people to get shot there.  And it was important to note, I said that it is easier to buy a machine gun in many American states now than it is to vote. It is simple for all of us to buy the newest and most lethal assault rifle, the kind the Navy Yard shooter used, you don’t even need a license. And this, is something, I said, every American needs.

“Do you want a bazooka or fighter jet?,” asked Red. “Maybe,” I said, it’s my Constitutional right.

There was silence in the barn. “If they have all this health care, it must be awful there,” prompted Red, confused.  “No machine guns and universal health care. Who would want to live there?” Nobody, I said, just socialists and communists.

Actually, I said,  they have a longer life expectation in Canada than people in the United States do, and a much lower infant mortality rate.

How come we don’t know about Canada?, asked Simon. “We don’t do that anymore in America,” I explained. “Ted Cruz gets 21 hours of air time, but you will never in your life see many stories about how other countries live without guns and lots of health care. They don’t use reporters any more, just people arguing in studios, they don’t go anywhere. Nobody wants to read about Canada, they are evil there.”

But, I cautioned them, this is a men’s group and I wanted them to know that Ted Cruz was a brave man, risking his own career to fight like that for guns and to stop this very un-American idea that people should have health care.  While everyone else was going to cocktail parties and cowering, he was standing up for the American Way, a very manlike thing to do. He was an inspiration, I said, saving us from being Canada. Nobody wants that.

Sorry the group has shrunk, I said, I was thinking about getting a goat to beef things up. Male goats have a lot to say, they would be an addition.

I decided it was time to adjourn, my men’s lesson for the day was over.  Simon looked confused and went over to join Lulu and Fanny.

“We need to meet more regularly,” I said. “Well, maybe we could,” Simon mumbled, “if you stopped shooting the members.”

“And maybe you’ll stop running them into fenceposts!,” I snapped back.

Red came out of the barn and looked around, I saw him collecting his collar and some biscuits as if he were going on a trip.

“Hey,” I said, what are you doing?” He looked furtive, came over to my ear and whispered: “How far is it to Canada?”