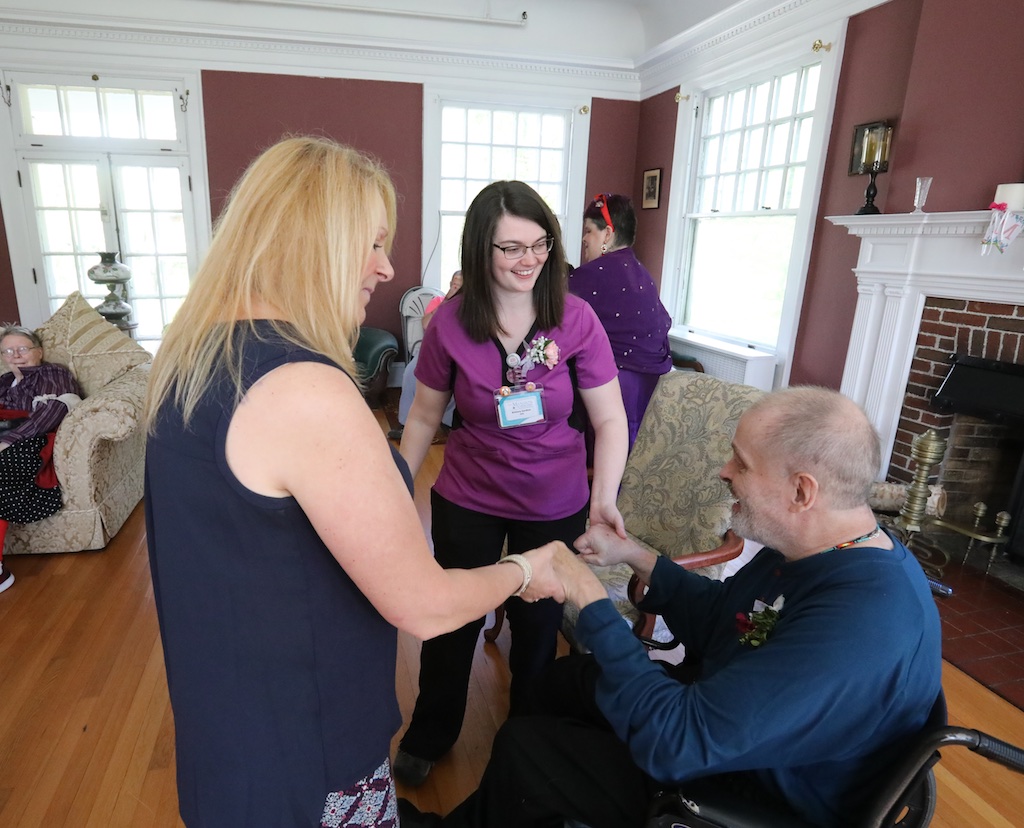 Ruth wanted to dance with everybody in the place, but Wayne can’t dance. So Bonnie and Brittany asked him to dance, and the smile on his face showed how happy he was to participate.

For Wayne, the Mansion is the first real home he has ever had in his life, Ruth the first relationship. I’ve known Wayne for awhile and never seen  him so happy, he was grinning from ear to ear all during the ceremony.

Wayne has had a hard life, he has no family and no resources. His doctor in Saratoga used to take him out to the movies and he called me when Wayne came to the Mansion to ask me to look out for him.

This is a big deal for Wayne, and as Best Man, we have talked about the challenges and compromise that come with any relationship. I think he was listening, but I know Wayne can be rigid about things.

I think Ruth can handle it. It was nice to see him dance, perhaps for the first time in his life. You can write Wayne and Ruth if you like, I know Ruth loves to get letters: Ruth and Wayne, The Mansion, 11 S. Union Avenue, Cambridge, N.Y., 12816.