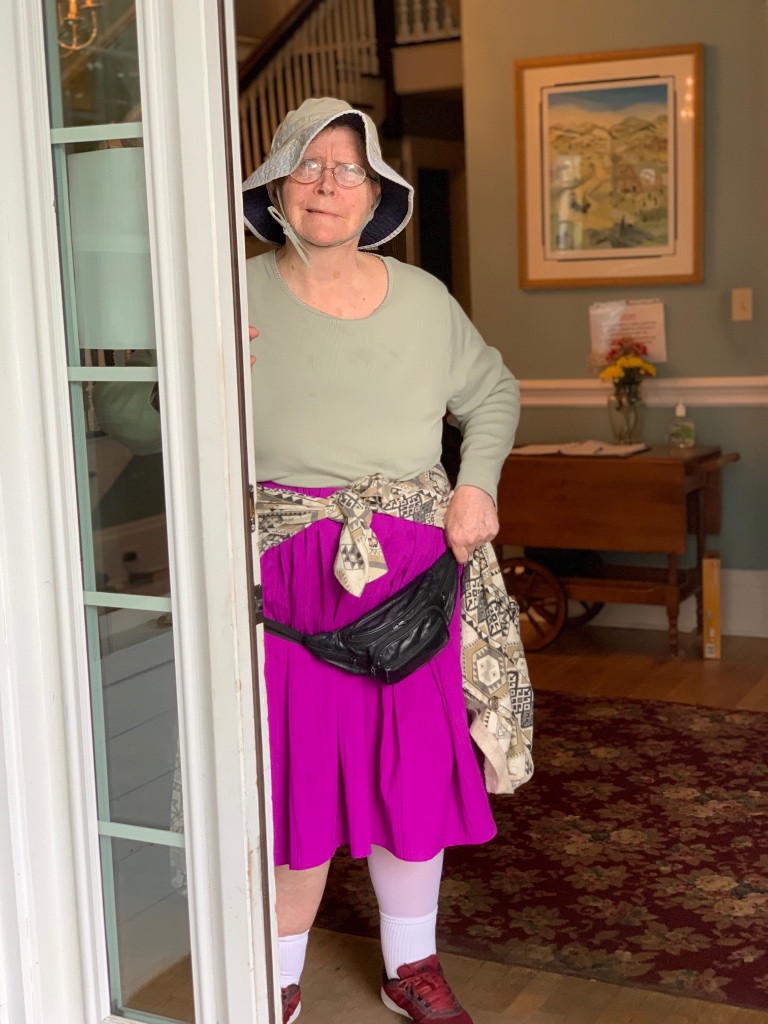 I’ve been wrestling with an ethical volunteer issue at the Mansion for days, and finally made a decision about it today. People at the Mansion need a lot of things, and I scrupulously limit what I get to people’s needs, I don’t buy jewelry or fancy clothes for anyone.

I often tell the residents I’m not Wal-Mart, and I’m not a convenience store.  I fill holes of need and comfort.

But need is a fluid and hazy thing sometimes. One of the residents (not Sylvie) is nearly 80 and has repeatedly asked me to buy her some cigarettes.  She was a lifetime smoker who can’t afford to buy them any longer.

I have always said no. I know about cigarettes, I smoked for years, and my Open Heart Surgery was a powerful reminder of it.

This time, she came up to me in the hallway of the Mansion, clasped my arm, and said she had lost a member of her family, a sister, and she really needed to smoke a cigarette. She was shaken, her hands trembling.

I’ve discussed this issue with Mansion aides and staff and gotten diverse opinions.

Some of the aides will get the residents some cigarettes if they really want one.  Most say no.

Smoking is not permitted in the Mansion, but the residents can smoke outside. It is legal, and the residents are considered to be independent adults. Outside of urgent medical issues, they make their own decisions.

I thought that if this resident wanted to smile and needed to smoke today – she convinced me that she did, then it wasn’t my business to make decisions for her. With eighty years of life behind her, she is entitled to her decisions.

I told her another moral issue for me was that I don’t think many of the people who send me money necessarily want it to go for cigarettes. So it’s not something I would do regularly.

So I said I’d get her some cigarettes today, but would not supply them on a regular basis, or probably, again. I felt stiff-necked saying that, she was desperate and old enough to speak her own mind, she didn’t need health scolding from me.

But it’s a fuzzy line, I’m not clear about it.

Oh, and I brought Sylvie some more stamps and envelopes. I can’t imagine where they go.