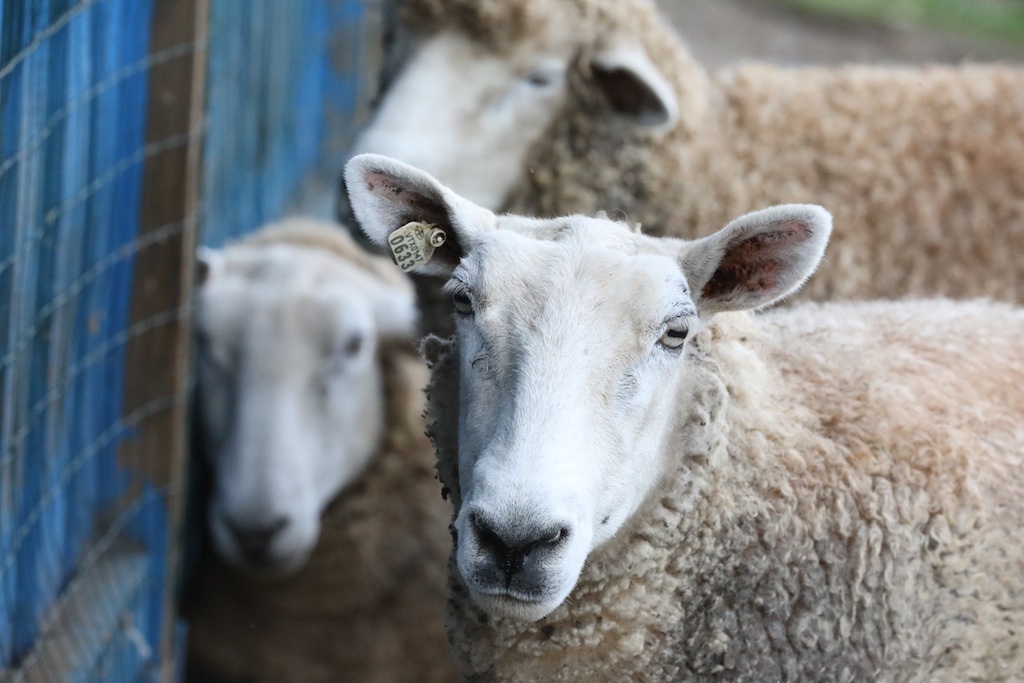 Maria and I each went out to look at Zelda, our oldest and proudest sheep, today. We talked a little bit about how she was most often lying apart from the flock, struggling to get food down, looking disoriented, limping badly and walking stiffly.

We didn’t need to talk much. We almost always end up on the same page.

I got on the phone and called Jack Kittel, our large animal vet. He’s coming next Wednesday to euthanize Zelda. Maria said she was uncomfortable with my doing it, so I agreed and called Jack’s office as we both sat in the car. I understand.

Zelda is special. As we talked, we could see her. She was ahead of us in the pasture, slumped against the side of the barn, where she often is.

Zelda is a faint ghost of her youth, when she jumped fences, knocked Maria and me down, battled the border collies, and led two breakouts over the fence and up the road. She came to us in Hebron; we got her from a farmer friend.

She was, for some years, the unchallenged leader of the flock. She and Red respected each other, they agreed to a truce, but Red was careful around her, and she kept an eye on him. She also stopped plowing into me; she even let me scratch her nose and give her carrots.

She is so weak now that even Bud won’t mess with her. Fate never did.

Zelda is a great spirit, and she deserves to leave the world in comfort and dignity. We agreed that if she declines and suffers, I’ll shoot her. Otherwise, we’ll wait for Jack.

Typically, we take dead sheep out to the woods and leave them for the coyotes.

We’ve decided to give Zelda our highest animal honor; we’re going to dig a grave over the weekend and bury her in the pasture. She was a great spirit and deserves that, at least.

I no longer feel the need to justify or document these decisions on the farm, and people rarely come after me for doing it, as they used to do. I think the people who read the blog understand farm life better than they once did, and I am more patient about explaining it.

The good news is that I no longer feel that I have to.