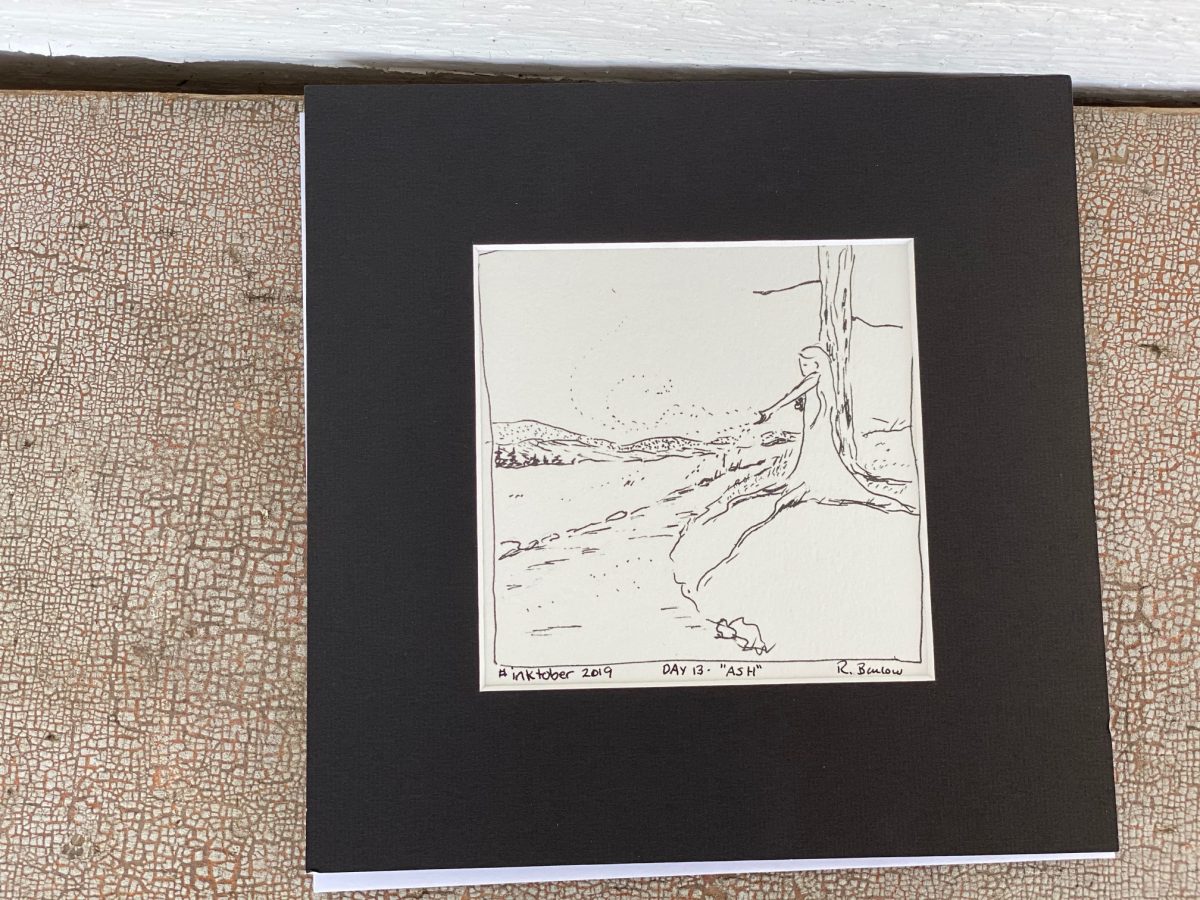 Irene Adler first appeared in Arthur Conan Doyle’s “A Scandal In Bohemia.” She was the only character in the Holmes stories that outsmarted and ultimately defeated the great detective. Holmes, an arrogant man,  had the greatest respect for her.

It’s curious, but I always think of Adler when I think of Rachel Barlow, my longest-running and most remarkable writing student, when I think of Irene Adler and the way Holmes respected and remembered her.

Rachel is not much like the slick Adler, but she is perhaps the best and most talented student I encountered in all of those years. She joined my four-week writing workshop around 2014 until she left early this Spring when she started teaching herself.

We have both seen one another through many crises, changes in dramas in those six years, I’ve never seen anyone as talented, authentic, determined, and brave as Rachel.

She had written honestly about her difficult struggles with depression and bipolar disorder when I met Rachel; the winters were so severe for her to navigate.

She, by no means, did everything I suggested or agreed with everything I said. Still, she was always listening and learning, experimenting and innovating, fighting some pretty nasty demons without every letting them defeat or de-rail her.

Watching her grow and blossom and battle on was the greatest episode of my teaching career. I’ve never seen the likes of Rachel. She is an inspiration to everyone she knows, and while I can’t take credit for her excellent work, I do secretly think of her as a great triumph.

The class gave her some grounding when she needed it, a safe place to anchor herself and figure out how to channel the Creative Spark that burns so brightly inside of her.

We worked together for nearly six years as she worked to become a writer, an illustrator, a painter, and essayist, and last year, we finally parted ways when she decided to become a teacher of art.

She often quotes me to her students: “Don’t ever speak poorly of your writing; it might be listening.”

I’ve taught writing on and off for more than 25 years, and I’ve been fortunate to have a lot of great students, but none like Rachel.

Rachel has so much talent in so many different ways; her creativity has grounded her and given her focus and strength. She never quits, she never complains, she creates and moves on, and in addition to her beautiful blog and excellent writing, she has become one of the most loved and successful painters in Vermont.

She always has a dozen projects in the works; she always finishes at least a few of them. Last week, I was checking out her blog – there is always a new idea, book, sketch, essay, or painting there – and I saw some of the first of her original line drawings.

I told her I loved them and wanted to buy one, and last night, I found one under a stone on the table on my back porch. So far, she refuses to name a price; I suspect I will have to send her a check.

Rachel is shy and never wants to bother anybody, I’ve found that the people you most want to see are too considerate ever to come around. I love this drawing; it’s called “The Ash,” and it reflects both Rachel’s talent and her sensitivity.

She is also a wonderful mother, guiding her two sons – she calls them “Thing 2 and “Thing Two” through life.

I love watching her write and make so many beautiful things. She will always be “The Student To Me.”