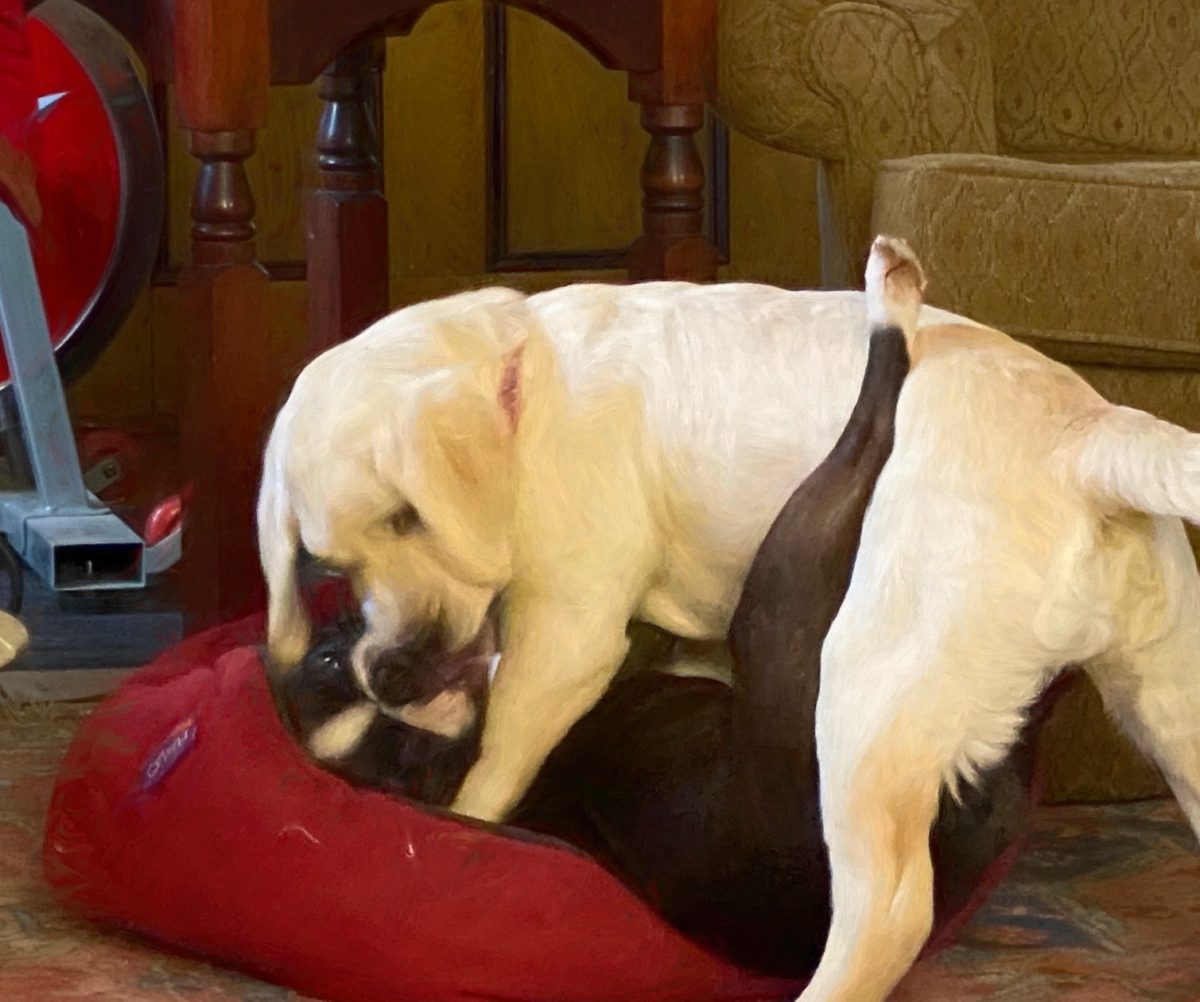 Many people wrote to me over the past few weeks to ask if I thought Bud realized how big Zinnia was going to get if it might affect how they play. I don’t know for sure, but I doubt it.

The bigger Zinnia gets, the savvier Bud gets. He is a hunter, she is a lover. She has no idea she is big, Bud has no idea he is small.

But the thing about these little dogs, these Boston Terriers and other small breeds is that nobody told them that they are small, and nature compensated for their size by giving them the ego and self-image of a dinosaur.

I saw a chihuahua recently chasing a huge German Shepherd off of his lawn and down the road.

Little dogs like Bud have a natural swagger built into their walk and they don’t have a gene for backing down. Bud terrifies the donkeys at times and has no trouble getting into the sheep’s faces and moving them.

Because they think they are big, they are big.  Zinnia is now three times bigger than she was when Bud first started playing with her, and he often finds himself at the bottom of the pile, at least at first. But not for long.

He can still flip her over when needs to.

But Bud, like most BT’s, is a scrapper and Labs are generally not tough and usually are not scrappers. Bud can handle himself and shows no signs of being rattled or weary when playing tug-of-war with a dog three times his size or stealing her toys and hiding them.

He also knows when to jump up on a sofa or hide under a chair when he’s had enough.