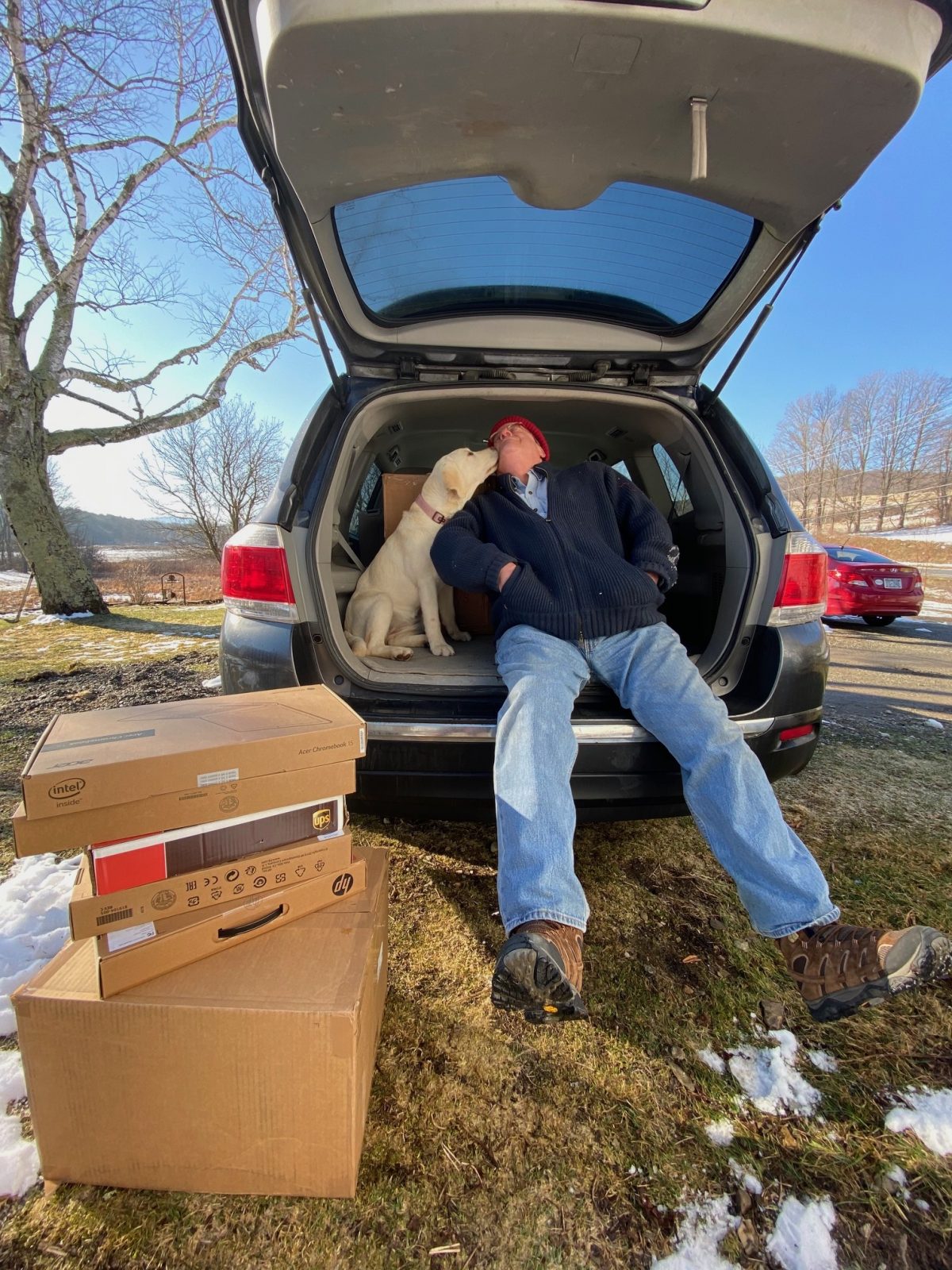 I never, ever talk politics with strangers, or if I can help it, with people I know.

Politics in America has become a cesspool of rigidity, fear, argument, and division. I keep my politics to myself. In a country where everybody is quick to label everybody else, I try to label myself.

It is nobody’s business who I vote for or what label I ought to wear.

Today, I broke that rule and lost it, and I was reminded of how sick our country is in so many ways. Like the virus, I believe this sickness too shall pass, and like the virus, it will take a while.

I went to a place in town I often go to, and I’ll keep it nameless.

Standing outside were two or three men I know.

All three have done some work for me, and I also know them just from living in a small town. I like two of them a lot, they are funny and smart.

They are nice guys, hard-working and friendly. I think they often work together on carpentry and construction jobs. I always stop to talk to them when I see them.

I don’t know what their politics are, and I don’t care. I imagine it is different than mine.

One of them asked me about the coronavirus, and how I was handling it (being old and all) and we started talking about how eerie it is being shut up in our homes is, and also about social isolation, which they were not practicing at the moment. I stood back a bit.

They were a few feet apart from one another and their frustration at being out of work was evident.

One them turned to me and said, “you know this virus is mostly bullshit. The flu is much worse, and we don’t shut the country down over it. The Democrats and the media whipped this one up to make Trump look bad. The doctors are in it with them. It’s a disgrace.”

All three were nodding as if what they were saying is obvious and true. I told myself to be quiet, I don’t need to argue politics.

But something snapped in me,  I got angry. I felt the blood rushing to my face. Did they know that they were talking about me? Accusing me of exploiting sickness and death to hurt a politician?

I believe there is a point where I must stand up to stupidity and lies, especially one as cruel as this. It’s not what I want to do. But I surprised myself, I did speak up.

“Listen,” I said, “I don’t want to stand here and listen to this. I voted as a Democrat in the past two elections, and you might know that I was a member of the dread “media” for some years. You are basically saying that I am a murderer, exploiting and supporting the killing of many thousands of people just to thwart your politics. What you are pitching here is a conspiracy theory, a monstrous lie, and if you believe bullshit like that, then I’m afraid I can’t do business with you or stand here and talk with you. I don’t care who you vote for, and I don’t hate you if it’s different from my vote. But I won’t be called a murderer in my own town to my face by people who take my money, or even people who don’t. If you tell me this story again, I will never let you near my farm or want to speak with you again. Take care of yourselves,” and I walked away.”

I went home to Maria and confessed I broke my own rule, shattered the unspoken law of the outsider in a small town and engaged in an angry way in politics. I just suddenly got angry, they pushed a button deep inside of me.

I  hate that I did that, but even worse, I hated that these good men believed such ugly horseshit – one said he heard it all the time on Fox News – and I hated that he didn’t even realize they were talking about me and people like me.

I added this: “You have no business taking money from me or even talking to me if you think I would condone creating a lethal Pandemic that has caused such suffering for some political advantage. I have to be honest with you, that is sick, and I am hurt and offended to hear it. It breaks my heart. Hell, I said, I don’t even want to live in a country where honest and good people believe stuff like that. Why do you blindly trust one media but not any other? Don’t you know they are two tails on the same ass?”

And I walked away.

The men just turned to stone, they seemed shocked and unsure of what to say. I didn’t give them a chance to say anything. Perhaps they were stunned to realize they were talking about me, we had all always gotten along well. I am sure they will be thinking about what I said and talking about it. That’s all I can really ask.

If I see them again, I will speak politely to them, as I always have. If they say that sort of thing again in front of me, it will be different. But I will speak softly and from the heart.

I welcomed my social isolation this afternoon. I was glad to be removed from people, and just walk with Zinnia in the woods.

I have returned to my normal stance – I don’t talk politics with anybody, I consider my views private and I don’t need to argue about them. I hated hearing this dementia.

Maria said she was proud of me, I was right in speaking honestly about so hateful a thing to hear. She said I wasn’t arguing about politics, I was letting them know that it was human beings like me that they were talking about.

They need to know that, she said. And she was right.