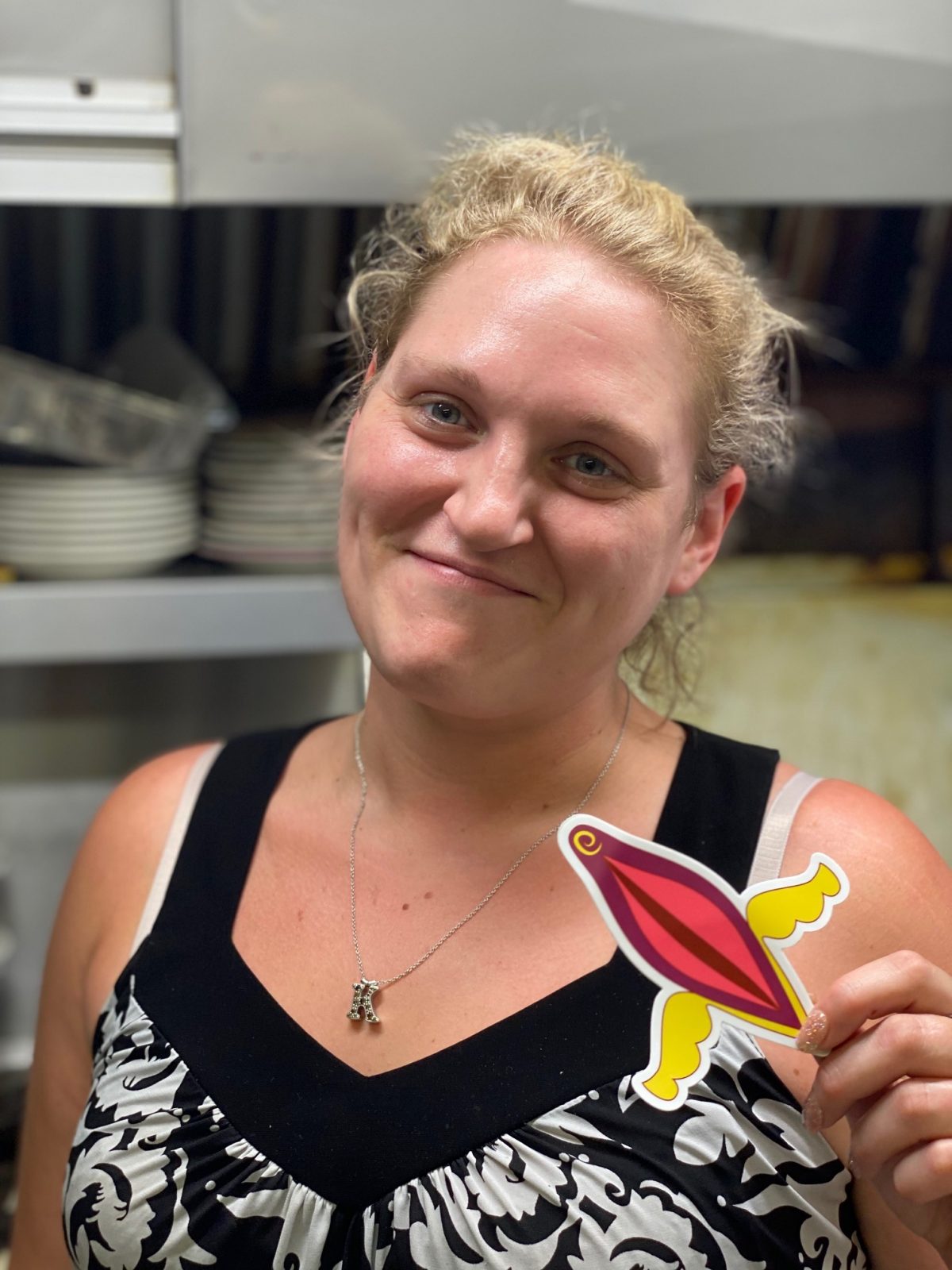 Kelsie is one of my pandemic heroes.

Watching her stand with her family to save their restaurant Jean’s Place was one of the most stirring things I’ve seen in the past few months. She worked to exhaustion almost every day.

I not only love Kelsie, I admire her grit and spirit.

Kelly, her mother, has been suffering some severe back and leg pain lately, and Kelsie has hovered over her every day to help keep Jean’s Place going.

I would always bet on Kelsie, and I did today and won.

I love to break up my workday when I can and drive down the road to get my lunch at Jean’s Place and bring it home.

The restaurant is open now, but I like to get food and eat it with Maria at home most days. Maria is still wary of my being in crowds, legally or not.

Maria usually gets a turkey wrap and I get a tuna sandwich or BLT wrap. I wear a mask and the food is always waiting for me on the counter. If Kelsie is around, we always yak a bit and yell at each other.

I go every chance I get, I love the drive-in my new jazzy little SUV and I always love being at Jean’s Place.

Maria is always a bit wary of my going there because she worries I might pick up the virus if it’s crowded or busy.

Today I called her up from my office and said I was going to pick up a tuna sandwich on their homemade toasted bread. She said there wasn’t anything there she wanted.

What about a veggie wrap?, I suggested. Maria sniffed and said she doubted they served veggie wraps. I said I was sure they did, she said she was absolutely positive they didn’t.

We both are stubborn and dug in.

Maria and I have the best fights because they are usually about nothing and they never sting or linger. Fights are important in a relationship as close as ours, they clear the air, I always say it’s like flushing a toilet.

I asked Maria if she wanted to bet, and she said sure, she took the bet. She said she’d pay for the lunch if she was wrong.

I know Kelsie very well, and I had no doubt she would make a veggie wrap or anything else for anybody if she had the food on hand. I also knew it was on the menu.

I got my betting macho up, though, and called Kelsie up (she is, poor thing, a lot like me).

“Hey,” I said, “Maria says we can’t get a veggie wrap for her at Jean’s Place.” I knew this would get her dander up and did. “Of course we make veggie wraps,” she said, indignant and aroused.

I had the joy of calling Maria up and telling her I was on the way to get her veggie wrap and my sandwich. I said she didn’t have to pay because I cheated, I knew it was on the menu.

She stuck $20 in my pocket, and I knew I better take it. I gloated a bit too much and I had to run out of the house before she swatted me.

Maria, mildly abashed, gave me one of her very popular vulva stickers to bring Kelsie as a consolation gift and apology for doubting her.

I got to Jean’s Place and went right into the kitchen where Kelsie was literally slaving over the hot stove she had been standing at since 1 a.m.

She lit up when she saw the vulva, shrieked for joy, and said she was going to take a photo of the vulva and send it to all of her friends. She was very happy.

Maria was surprised she loved it so much, but I wasn’t.

Kelsie is a trouble-maker and a defier of laws and rules. She always has the devil in her eyes.

She did, after all, wear a Wonder Woman costume to work several times. I knew she’d love it.

Henriques was a Dutch pirate of Portuguese Sephardic Jewish origin.

He helped the Dutch capture the Spanish treasure fleet in the battle of the Bay of Matanzas in Cuba. He captured a Spanish galleon crammed with gold and talked the captain into surrendering without firing a shot.

There was no bloodshed and all of the captives were given food and ample supplies to get to safety in Havana. Henriques did no believe in taking prisoners.

Henriques bought and lived on his own pirate island off the Brazilian coast. He abandoned pirating and became a consultant to other pirates, including Henry Morgan, the leading pirate of the time.

I got the tattoo in his honor when Maria gave me a book about Moses. 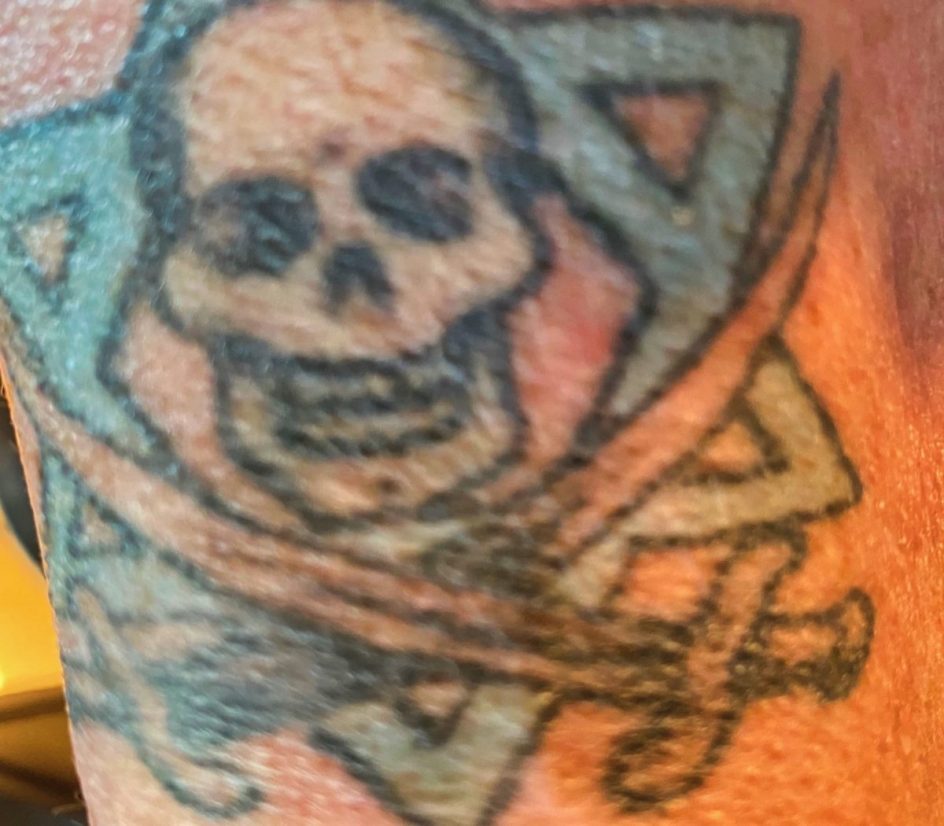 I told Kelsie that if I had known there were Jewish pirates, my life would be very different. I said I was proud of Henriques, he did things the Jewish way. She got it, we had a good laugh in the kitchen.

Maria and I had a great lunch. She was a (fairly) good sport about losing her bet. And I was quite happy. I love to win bets.

Maria threatened me if I gloated, so I couldn’t.