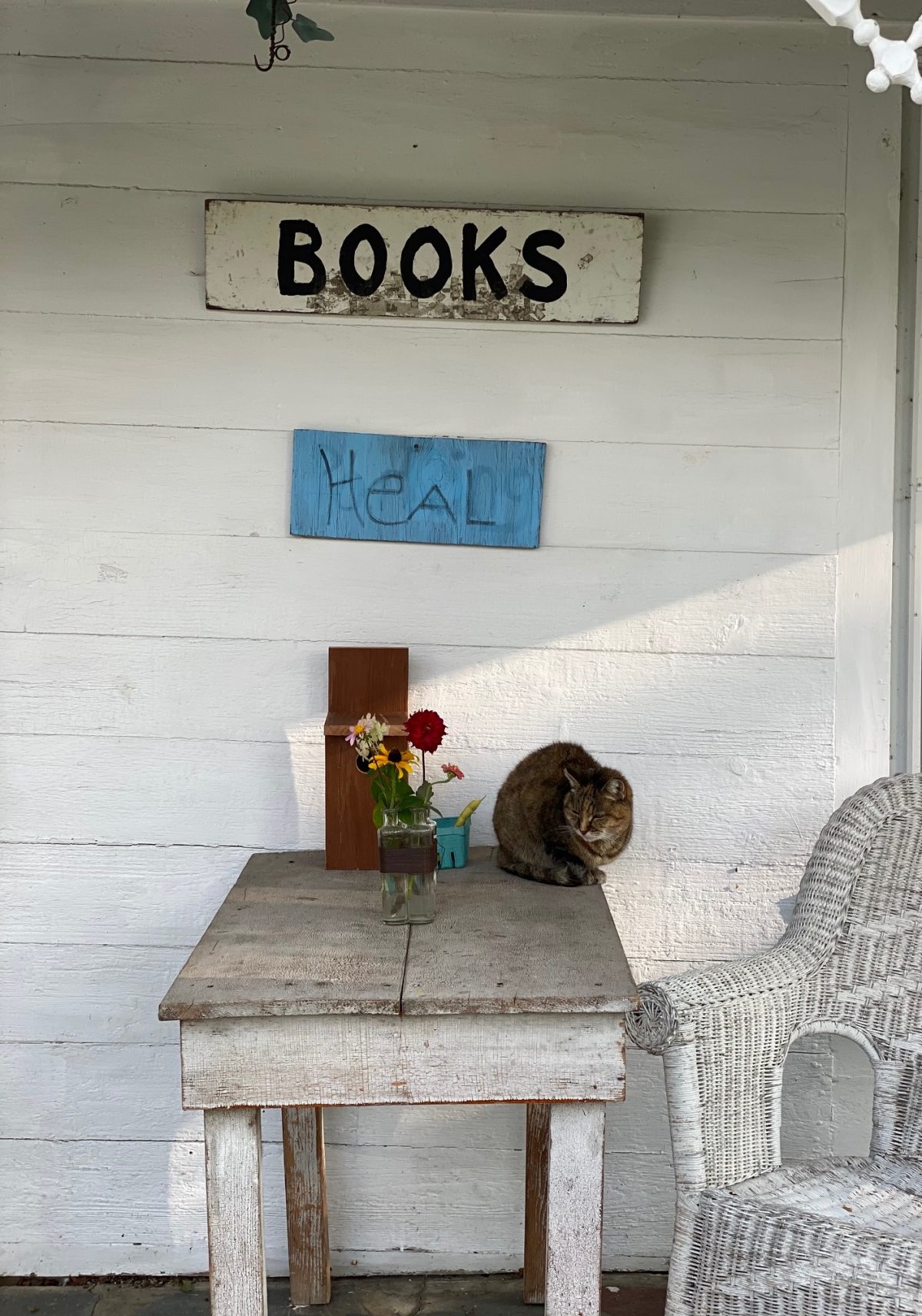 Yesterday, I wrote about an intervention I am conducting on a friend I care about quite a great deal, one who is in a deep and somewhat paralyzing depression.

I’ve done this before, with mixed results, and I worry that I am overstepping my bounds and stepping on someone else’s landmine. I know at some point my friend will be angry with me.

She is a recovering alcoholic and has also lost one of the oldest and deepest relationships in her life. Like many strong women and men, she is convinced she can go it alone and talk herself through this awful pain and suffering.

She rarely asks for help and is ashamed of needing it.

I have intervened reluctantly –  I know the dangers of interfering with another person’s life and thinking I can save them – but I did because I am alarmed and she seems struck.

I can’t really sit back and ignore seeing someone I care about in so much pain and so alone.

Her new computer has yet to be opened because she forgot the password, she has not renewed her driving license or had her car repaired, and she has been all alone in her house for weeks.

To my knowledge, no one knows of her severe depression or isolation. She is a member of AA and she does go to meetings, or so she says. Yet I doubt she has shared her depression with them.

I know her to be a lively, funny, and engaged human being and friend. She has ignored invitations to lunch and dinner and several of my phone calls, both unusual behaviors for her.

Reluctantly, I called her up yesterday and kept calling until she answered the phone and said we needed to talk.

I told her about my concerns and fended off her denials and rationalizations. I gave her the number of a therapist and promised to call her daily, and I did call her this morning.

I was careful to not be judgemental, concerned, and resolute.

She sounded much better today. She said she had called the computer company and gotten information on getting a new password. Her computer was now up and running and she was now connected to the Internet for the first time in weeks.

She thanked me for calling me. I had the sense though, that she wanted me to believe everything was okay now, and I don’t.

She does not own a smartphone and the computer was her only real connection to her life and the outside world. I think getting it working was a big step.

I understand the dangers and limits of interventions.

How can we know when it is proper to enter the private life of other people? How can we maintain the discipline and wisdom to know our limits – I am not a therapist, I have often needed them and need one now.

My goal is not to save people but to steer them to trained professionals who can.  I know who I am and who I can’t be.

I was pleased to hear the energy in her voice, and we laughed together several times about her stubbornness.

She thanked me again for giving her a “kick in the ass.” She was almost too cheerful. She said the computer was just the first step in her recovery, she planned more but did not say what they were.

I asked if she needed any help right now, and she said no. In my previous interventions, this was a pattern. I was like a shark on the trail, and they were always eager to throw me off and get me to go away.

She did not say if she had called the therapist whose number I had given her, and I didn’t ask.  My sense is she didn’t. I thought the one step was a good first step and enough for now.

She did agree to come to dinner within the next week, I gave her several options for dates.

I will proceed thoughtfully and carefully. This is not a person who cares to be told what to do, who has ever, in my knowledge, asked for help in her life from any source other than AA.

Because of something she said, I was blunt about some concerns I had about the relationship she had lost. She was much more worried about him than her, and I pointed out that she had been hurt.

Oh yes, she said, I know,  and the conversation got chilly and halting. I said we would talk tomorrow and she agreed to that.

Somehow, I know this story.

A good first step, but only one. I got some very supportive e-mails today from women who had been in her position. They thanked me for intervening with her and urged me to keep it up.