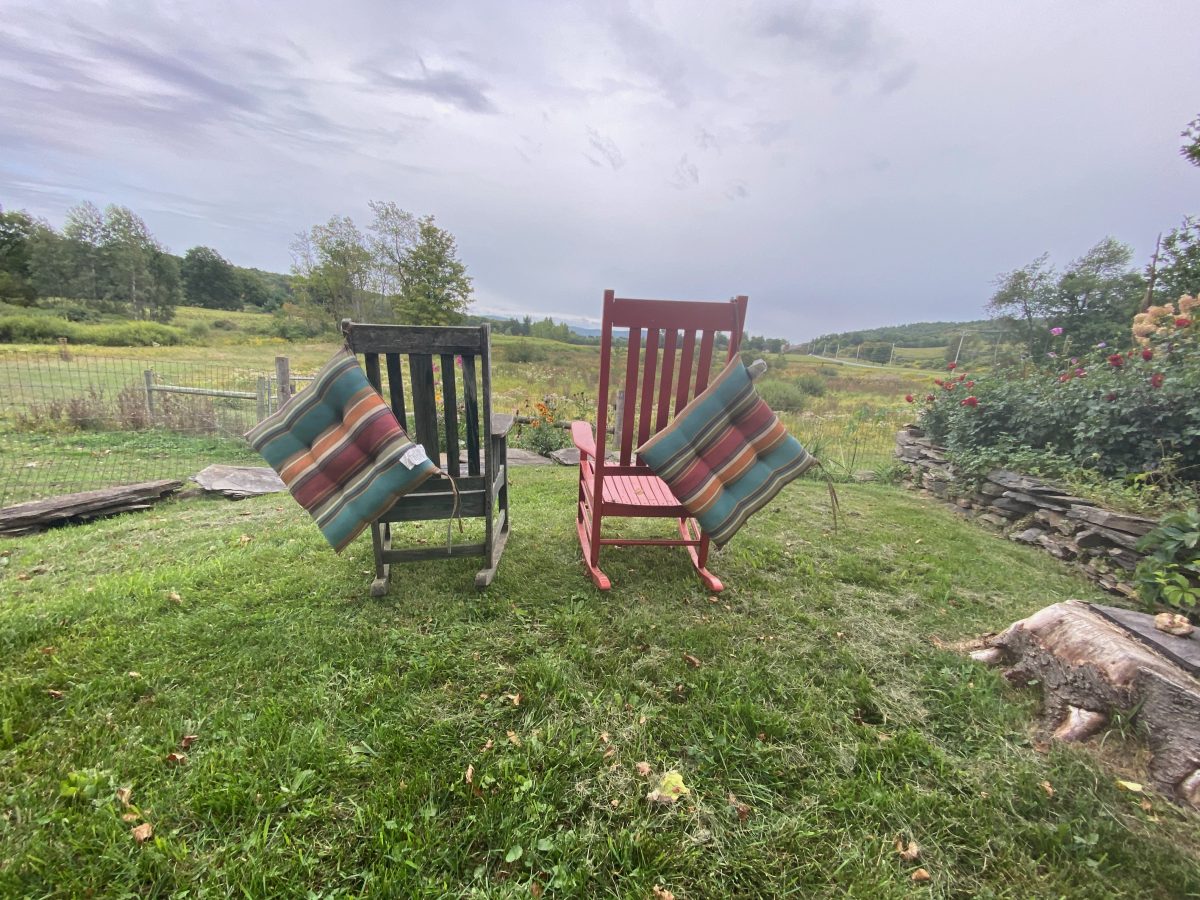 “Dystopia (from ancient Greek)…a community or society that is undesirable or frightening. An imagined state or society in which there is great suffering or injustice, typically one that is totalitarian or post-apocalyptic.”-Dictionary.com

“I’m scared, Fifi. You know why? It’s that Rat Circus Out There. I’m beginning to enjoy it. Look, any longer out on that road, and I’m one of them, Ya know? A Terminal Crazy, Except I’ve Got A Bronze Badge that says I’m one of the good guys.” – Max Rockatansky, “Mad, Max.”

If I were setting out to write a dystopian novel, I would set it right near Palo Alto California in 2021. A pandemic has just torn though the country, killing many hundreds of thousands of people. Drought and climate degradation has left this once wealthy,  powerful and beautiful community into flames. The pandemic and the flames are not real, says the Orange Leader, they are hoaxes and plots. Cities are now deserts. Food is only available to the wealthy.
Private armies and militias patrol the ravaged towns and cities warring and shooting at other armies and militias. Robbers patrol the entrances to towns and cities, collecting tolls and valuables.
Trolls roam what’s left of the Internet, threatening to kill opponents and ememies, steailing identities, seeding the collapsing digital world with conspiracy theories, people fight in the streets,  false rumors are epidemic, so are vicious slanders and accusations.
What was once journalism has degenerated into lies, rumors and hysteria. Everyone creates their own truth, and so truth is lost.
The Orange Leader is trying to seize control of the country. His rabid followers will follow him unto death, the survivors of the Progressive States have fled to South America The Orange Leader’s Army races through the once fertile croplands, now barren, trailing their flags and banners and singing their loyalty to the leader.
So this is why dystopian novels have become popular again. They knew.
Hmmm…I might send this to my agent.
It could work. I’d cast George Clooney as the new Mad Max, running down the Orange Leader, humiliating and confusing him, and causing him to crash one of his giant red trucks into a giant portrait of him, the tallest sign in the nation.

Dystopian fiction offers a vision of the future, but more and more, it looks a lot like the present.

Watching the news from the Northwest today, and taking in President Trump’s assertion that scientists don’t know what’s causing the flames, but he does, my heart sank. That got to me.

I grew up watching Inherit The Wind, the Scopes Monkey Trial; I thought it was history; it turns out it’s news.

I thought of Dystopia and wondered for a frightening moment if this was our fate, the message of all those flames and arguments.

If anything united us as a nation, I would think it would be this year – a pandemic, horrid fires, a collapsing economy, racial conflict.

But we seem to be in pieces.

Dystopian novels can challenge readers to think differently about current social and political climates, and in some instances, can even inspire action.

Is this happening to us?

Dystopian literature is a form of speculative fiction, but there are days in 2020 where it seems to be veering off into reality.

I would never have imagined a President visiting a catastrophe – one million acres burning – and claiming with absolute certainty to know that the problem was poor raking. In contrast, every educated scientist in the world knows the truth.

“The scientists don’t know,” he said, a line right out of Mad Max.

Have I been asleep?

Are we not the most powerful and scientific country in the history of the world? Didn’t we defeat the Germans with our tanks and planes? Wasn’t it us who invented a polio vaccine and sent humans to the moon.”

Was all that a myth? Are there too many conspiracy theories for me to cope with any more? Maybe we didn’t get to the moon at all, maybe that was just more fake news.

When every one gets to post the truth online, there is no truth at all.

The war against science being led by our President, and that makes me sad. I can’t pretend to understand it. Sometimes, our world seems to be spinning off its axis.

As often happens with culture, it is prescient. There is something dystopian about the fires and the destruction and the fighting over truth.

“I am your redeemer! It is by my hand  you will rise from the ashes of this world.” – Importan Joe, from Mad Max.

A dystopia is an imagined community or society that is dehumanizing and frightening. A dystopia is an antonym (a word opposite in meaning to another)  of a utopia, a perfect society.

There are five central characteristics of Dystopian fiction:

All of these themes are woven into our presidential election campaigns.

How much should our government do to protect people?  What or who is responsible for the fires and the storms? Who can control the Internet as it sinks into nightmare threats, lies, conspiracy theories, and arguments?

These are dystopian arguments and issues. Now they are ours.

These are not ideas from movies or Marvel comics. These are the seminal issues in this presidential contest; these are the things obsessing the country.

We are arguing about them, but nobody really wants to talk about them.

Dystopia comes to America, 2020. You can watch it on the news.

Writing in the New Yorker in 2017, Jill Lepore offered the plots of some new dystopian novels, all set shortly.

There are no children in one, set on the moon,  but the celebrity who rules the satellite has been trying to create them by torturing women from the earth’s surface.

“We are what happens when the seemingly unthinkable celebrity rises to power,” says the novel’s narrator.

I am not dystopian; I should hurry to say. It’s too bleak for me.  I have high hopes for us.

But the dystopian idea does speak to something important, something at the heart of the debates raging all over the country.

It’s almost too late in dystopia to raise those questions; the land is gone, the cities are gone, civil society is gone. It is wrong to think of Portland? Or two police officers being gunned down in their cars while they do their paperwork? Or those Black children gunned down every weekend in Chicago? Or George Floyd begging for his life.

Must they all be a partisan issue too?

Every one of these traumas becomes an argument instantly, we learn nothing from any of it.

Joe Biden has already been drawn deeply into the daily debate; I’m sure his advisers caution him to challenge Donald Trump and his lies quickly before too many of them stick.

But the fires spoke to me deeply and powerfully.

I sometimes feel we are losing sight of the big questions, the important ones. In a sense, I was deeply moved by those mayors and governors who stood up to Donald Trump as the fires raged and defended science.

It felt as if our very values were on fire and burning up. Donald Trump has a lot of power.

Then it hit me again that we live in a country where science needs to be defended and defending it is an act of courage. A country where people get beat up for wearing masks.

If we lost science, we lose our country’s soul, our hope for the future, our often exhilarating past. And a lot of us will also lose our lives.

In Divergent, a dystopian novel by Veronica Roth, one character says, “human reason can excuse any evil; that is why it’s so important that we don’t rely on it.”

In the same book, her hero says, “Everything – our houses, our clothes, our hairstyles – is meant to help us forget ourselves and to protect us from vanity, greed, and envy, which are just forms of selfishness. If we have little and want for little, and we are all equal, we envy no one.”

I think of that quote when I see the burned-out people of California, Oregon, and Washington talk of gratitude at being alive, of helping their neighbors, of saving their dogs and horses, of facing the future with hope and courage.

They are the envy of no one, but are all free and equal.

I wonder how a leader can raise the numb and angry souls of people. I know I couldn’t do it.

I often think of a leader who can raise people’s spirits and hearts and lead them to great change. I close my eyes and wonder, who has touched me in this way?

Oddly, and to my surprise, I think of Alexandra Ocasio-Cortez, the young congresswoman from the Bronx, and of her amazing speech on the floor of the House Of Representatives, where she so gently and powerfully shamed an angry old white man congressman who called her a “fucking bitch” in front of several reporters because her ideas were different than his.

She stirred me up; I wanted to cry when she said that she was somebody’s daughter and that she was glad her father wasn’t alive to hear what had been said to her.

There is something strong and pure and honest about her. How wonderful to see her in a debate with Donald Trump.

Isn’t that what we need?

I’m sorry Biden won’t let her come near him. She doesn’t deserve to be hidden away.

She’s invisible during this campaign, yet she is the one person many people want to see. Instead, there are cautious men and women, the pollsters and the pros are afraid of the dreadful specter of socialism and Trump’s rage.

I am not a socialist, but she has the magic, she can stir souls. She moved me; she seemed to speak from the heart, not a prompter. One day she will be running for President, and I think I might stick around to see it.

Let her out. She could be a hero, our voice, our soul.

“Why did we become blind, I don’t know, perhaps one day we’ll find out. Do you want me to tell you what I think, Yes, do, I don’t think we did go blind, I think we are blind, Blind but seeing, Blind people who can see, but do not see.”

– Jose Saramago, Portuguese novelist and dystopian author and winner of the Nobel Prize for Literature in 1998.