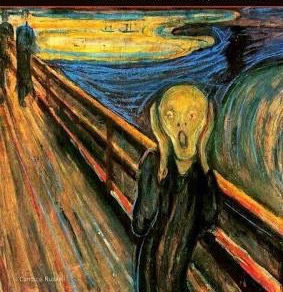 I’m heading to Albany this morning for my first visit to Bishop Maginn High School since March. I’m excited about it.

Zinnia is coming to do her therapy work and I will be confined to the nurse’s office with my mask, I’ll do some interviews with the refugee kids at a distance.

I’m interviewing a young refugee girl who was beaten so badly at a public school soon after she came to America,  that she had to be hospitalized.

She is very happy at Bishop Maginn. She might need some tuition help. Bishop Maginn doesn’t turn people away over money.

From FiveThirtyEight this morning:

“Once in a blue moon, you see a poll that makes you blink twice to make sure you’re not seeing things. This morning’s ABC News/Washington Post survey of Wisconsin was just such a poll. It showed Joe Biden 17 points (not a typo) ahead of President Trump, 57 percent to 40 percent, among likely voters. To put it mildly, this is a stunning margin in what is supposed to be one of the most competitive state races in the country — a place that Trump carried by less than 1 percentage point in 2016.

And this is not an easy poll to disregard. ABC News/Washington Post adheres to what we consider the gold-standard methodology (meaning they use live phone interviewers, call cell phones as well as landlines and participate in the American Association for Public Opinion Research’s Transparency Initiative or the Roper Center For Public Opinion archive) and earns an A+ grade in FiveThirtyEight’s polling database.  Biden’s chances of winning the state have reached a new high as a result — 93 in 100.”

In the meantime, FiveThirtyEight, the nation’s best and most conscientious polling site, reports today that with less than one week to go, Biden is favored to win the election.

They simulate the election 40,000 times to see who wins most often. The sample of 100 outcomes below gives you a good idea of the range of scenarios their model thinks is possible.

Every poll taken so far shows that coronavirus is the dominant campaign issue in just about every state in the country.

That is not good for Donald Trump, who keeps insisting – even in states with skyrocketing infection rates where most of his rallies are – that the virus is just about over.

Trump is either a political genius or he has completely lost his mind.

Several respected Republican pollsters have told reporters that his is the worst political campaign in modern political history.

Trump is often delusional about his prospects. Since he pulled off a miracle in 2016, he and his supporters are convinced they can do it again. I think they are just setting themselves up for a Clinton-style trauma.

But 2020 is nothing like 2016. That is a good mantra for Biden supporters to repeat over the weekend.

The numbers are unlikely to change too much before next Tuesday. This does not promise or guarantee a victory for Biden, and it is still statistically possible for Donald Trump to win the election.

For me, this is the only number worth paying much attention to each day, state and local polls and fevered speculations are not meaningful.

States like Michigan and Pennsylvania are still close, Wisconsin gets better for Biden every day and a number of Southern states are too close to call, which is a promising sign for Biden, as these states are traditionally reliably conservative and Republican states.

The bigger win Biden has, the more difficult it will be for Trump or the Republicans to challenge the outcome. It is unlikely the winner will be known on election night unless the win is a landslide.

For me, the big story today is seeing the refugee children again. They have been through Hell and back this year. They made it this far. They are the reason I got interested in politics again. They are the point for me.