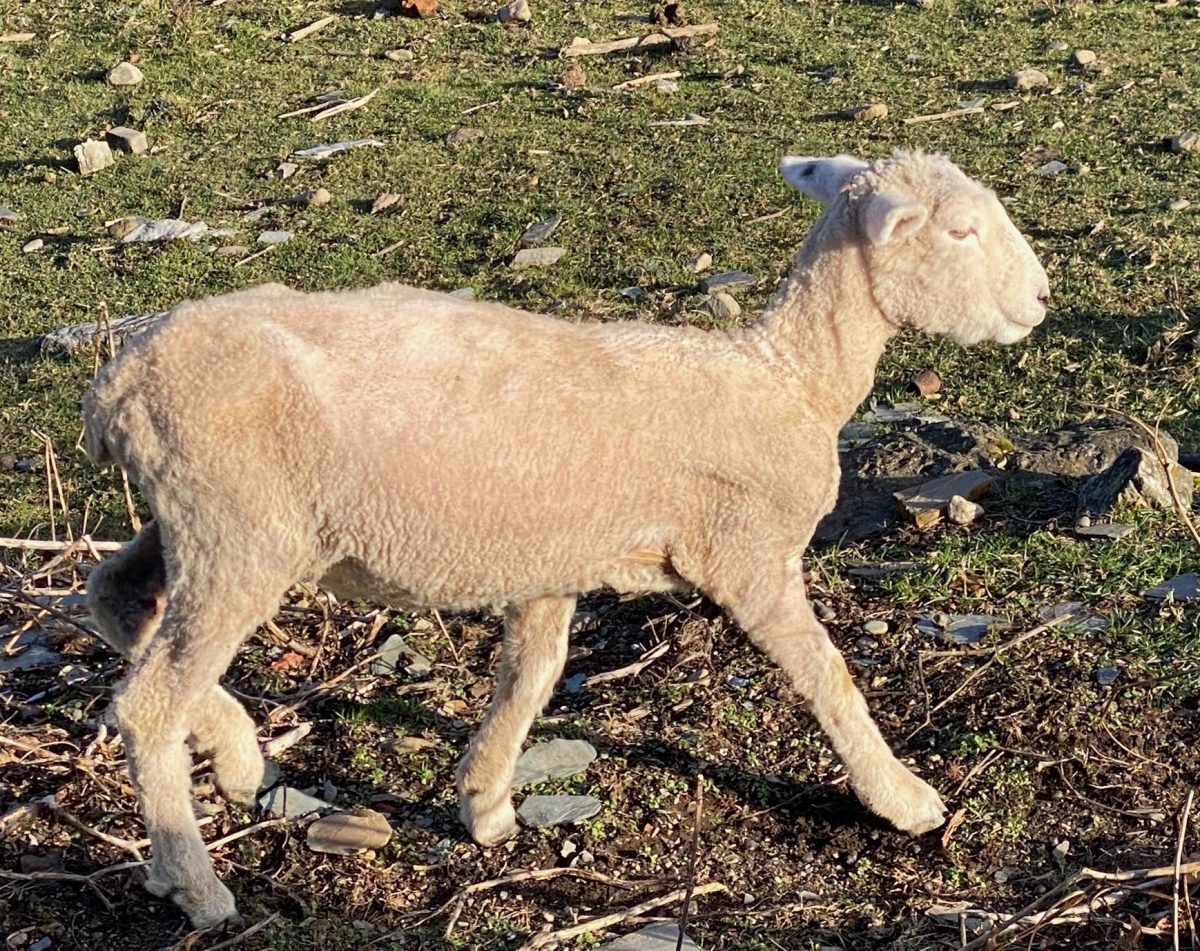 “Remarkable Boy. I Do Admire Your Courage. I Think I’ll Eat Your Heart.“ – Presidential Candidate Hannibal Lecter in 2024, speaking to a cheering fan at his first campaign rally.

You are probably familiar by now with the story of President Trump calling a GOP canvassing board member in Wayne County, Michigan Tuesday who announced Wednesday she wanted to rescind her decision to certify the results of a Biden victory in her state.

The President wasn’t calling to pressure her or influence her, said Monica Palmer (who may already be struck by lightning), but to comfort her about the death threats she said she was receiving and to cluck sympathetically about the very credible accusations of racism against her.

This struck two chords in me: One was jealousy. From the day I started writing about politics and our President several months ago, I’ve received at least one death threat a day and many more on my best days.

Even my sister hasn’t called me to console me about them.

I called the White House switchboard immediately and was indignant and gave them my cell number. “I’ll be sitting by my phone,” I said, “I can’t wait for the President to comfort me.”

I am still waiting.

The second feeling was a quickening heartbeat at the idea that the President of the United States might actually care about me, someone who can’t influence the election in any way but is still being threatened with death and worse.

I wondered if he’d ask about the donkeys.

This was sobering. So was the fear. I didn’t want to take a call from Hannibal Lecter.

I’m worried about Monica; she might end up like Lindsey Graham, his eyes glowing and his head spinning around and around when the sun goes down. If we survive all of this, think of the stories we can tell our kids and grandkids about 2020.

I admit I didn’t want to believe that our President is mentally ill.

I didn’t want to go there, like the media and the Republicans early on. I see now that what the shrinks have been almost desperately trying to tell us for years is true.

Writing about politics made me a little pompous and guarded; I wanted to be statesmanlike, open-minded, above the fray, you know, not one of those radical left socialist people. But you know what, in recent days, I’ve come to realize all of us are the fray.

President Trump is a sociopath. He is severely ill. I expect we will survive it, but it’s past time to be denying it.

Looking back,  he has been carefully planning for some time to make sure that almost no one in the country would believe this about him once it became obvious, and we all could see it.

He is clever as a fox, but it’s not really intelligent; it’s worse than that, something more feral and ancient.

For years, he’s been carefully inoculating his followers to distrust any criticism of him from any source. And he did a great job.

He knew this moment of reckoning would come; even if most of us didn’t, people would start asking questions. The shrinks would come out of their holes. He would be ready.

By that time, nobody would believe anything bad anybody said about him, lying and cruelty were perfectly normal.

That’s the benefit of paranoia. Paranoids are always well prepared. The rest of us stumble along, our heads up our butts.

First, Trump neutralized the media by declaring that any news organization or journalist that spoke poorly of him or asked him tough questions was perpetuating “fake news” and was an “enemy of the people.”

He even admitted what he was doing. “I attack them,” he told a columnist in 2017, “so people won’t believe it when they say bad things about me.”

He neutered the once proud and independent Republican Party by attacking and driving away any Senator or candidate who spoke poorly of him or was not “loyal” enough.

Almost all of them are gone. The rest are scared witless.

(We can stop waiting for the GOP to stand up and speak out. There is no GOP left.)

President Trump silenced independent bureaucrats, law enforcement officials, legally enabled whistle-blowers and people with independent viewpoints by firing them, brutally attacking them on Twitter, demoting or humiliating them, accusing them of treason and conspiracy.

He created a whole “Deep State” amusement adventure park, full of mysterious and evil spies and traitors, all of them sent to do him and stop him from saving the people from communists and swamp creatures.

He figured out how to drain the swamp, he became the swamp.

He trashed the legal opposition, the Democrats, by launching countless conspiracy theories on his Twitter feed and accusing them of being “devils,” “un-American,” “radical leftists,” “socialists,” (now somehow, a crime in America.)

He ran out one Attorney General to replace a loyal one, protecting his flank and his buddies from justice.

He brushed aside long-standing allies of the United States and critics of his policies by calling them lazy, ingrates and welshers.

He wrote love letters to dictators and despots and argued he was just trying to make peace.

Sadly, he persuaded many of his gullible and weak-minded followers to follow him blindly by exploiting their grievances and fears, and by labeling any criticism of him “Trump DerangementSyndrome (TDS). Just three letters could dismiss any critic for any reason.

This was a new trick.

Is there anyone in the world left who might challenge or criticism him that his followers might believe? I’m not sure.

For four years, psychologists and psychiatrists felt wrongly silenced by outdated psychiatric rules forbidding them to talk about people they haven’t examined.

It turns out that the people best qualified to spot the dangers of this broken President were the ones who couldn’t talk about it. How dumb are we? They are talking about it now.

Trump saw this danger coming years ago, as the invariably paranoid sociopaths often do. He’s been getting ready, and he seems to be smarter and craftier than almost all of the people who have confronted him.

Like the Joker himself, Trump outdance and maneuver anybody.

To be safe, he’s stuffed the courts with extreme – and often unqualified – judges in the hope they will bail him out if all else fails.

(This is his one malevolent hedge that seems to be failing. The “originalists” he so favored love state’s rights and hate government intervention. They aren’t buying into the coup.)

The question has surrounded Donald Trump ever since he began his campaign for president, writes Dr. Lance Dodes, Supervising Analyst at the Boston Psychoanalytic Institute, and a former Harvard Professor of Psychiatry.

Can a person who is “repetitively immoral – who cons others, lies, cheats and manipulates to get what he wants, doesn’t care whom he hurts just as long as he is gratifying himself – whether such a person’s indifference to the feelings of others for personal gain is just clever: crazy like a fox?”

Or are these actions a sign of something much more serious? Could they be symptoms of a significant, even extreme, mental derangement?

Dr.Does ask that question a couple of years ago. I think almost all of us know the answer now, watching the leader of the free world undercut, smear, and severely damage and cannibalize the safest and most honest electoral process in the world.

I am perhaps one of the last people to accept that our President is mentally ill. In my mind, and as one who has been diagnosed as mentally ill (generalized anxiety disorder), I’ve always struggled to find the line between dysfunction,  abuse, and mental illness.

The longer I live, the more I believe the crazy people are the only ones who are sane. But it looks like I was wrong.

Watching Trump ignore the raging and increasingly tragic pandemic and spent his day locked up in the White House between golfing treks to Virginia and hundreds of tweets, I saw a sociopath very clearly.

He’s crossed the line and then some.

His efforts to overturn the election of Joe Biden and his refusal to help in his transition to power increase the genuine danger of killing people in a time of genuine crisis.

Delaying a vaccine distribution and sharing critical information about medical supplies to health care providers are acts out of a Superhero movie.

We are waiting for Captain America or Iron Man to show up and start smacking some senators around.

By permitting people to die out of self-interest and malignant narcissism takes Trump out of the realm of scheming politicians and into the realm of Hannibal Lecter.

The familiarity of normal empathy is central to sociopathy, which is diagnosed as an absence of guilt, obsessive manipulation, and controlling or even sadistically harming others for personal power or gratification. People with sociopathic traits have a flaw in the basic nature of human beings. Rather than being “clever” and “telling it like it is,” they are missing an elemental part of being human.

This is why, say, the shrinks, sociopathy is among the most severe mental disturbances. Because Donald Trump doesn’t care if anybody dies because of what he does. When I think about that, everything is clear.

I’ve learned a lot this week about sociopaths; I’ve finished several classic texts on the subjects.

Generally, there are two paths for people with severe sociopathy. Those who are not skilled at manipulating and hurting others, who are not careful in choosing their victims, and who lack the gift of charm well enough to fool people have lives that often end in suffering and failure.

But those gifted at manipulation, who can appear charming and caring, who deny their immoral and illegal behaviors, can often bully their way to the top, even of a nation. They rarely end up in prison.

The psychiatric term for these people is “successful sociopaths.
They are the ones who fool others into thinking they are “crazy like a fox,” but not really crazy.

Then there’s the scariest part, the Hannibal Lecter part: the empathy of the predator. The tiger is “empathetic” with its prey, that’s how they catch them, but they are not sympathetic or caring. Successful sociopaths are like that, they are closely attuned to their victim’s emotional state, which makes them geniuses at manipulation.

Trump is giving an awful name to foxes.

Even the rages and tantrums of sociopaths can be hidden or appear normal. They are prone to firing people and suing them. As their power increases, their ability to disguise their mental disturbance may also increase, concealed behind walls of underlings happy to do their dirty work or armies of lawyers to threaten their enemies.

I take no pleasure in seeing that everyone perfectly fits the 45th President of the United States, the darling and avenging angel of the Christian Nationalists who take the name of Jesus in vain.

The truth is sociopaths are severely and emotionally ill.

It’s only right to end this piece with another Hannibal Lector quote, which eerily fits:

“Cruelty is a gift humanity has given itself.”