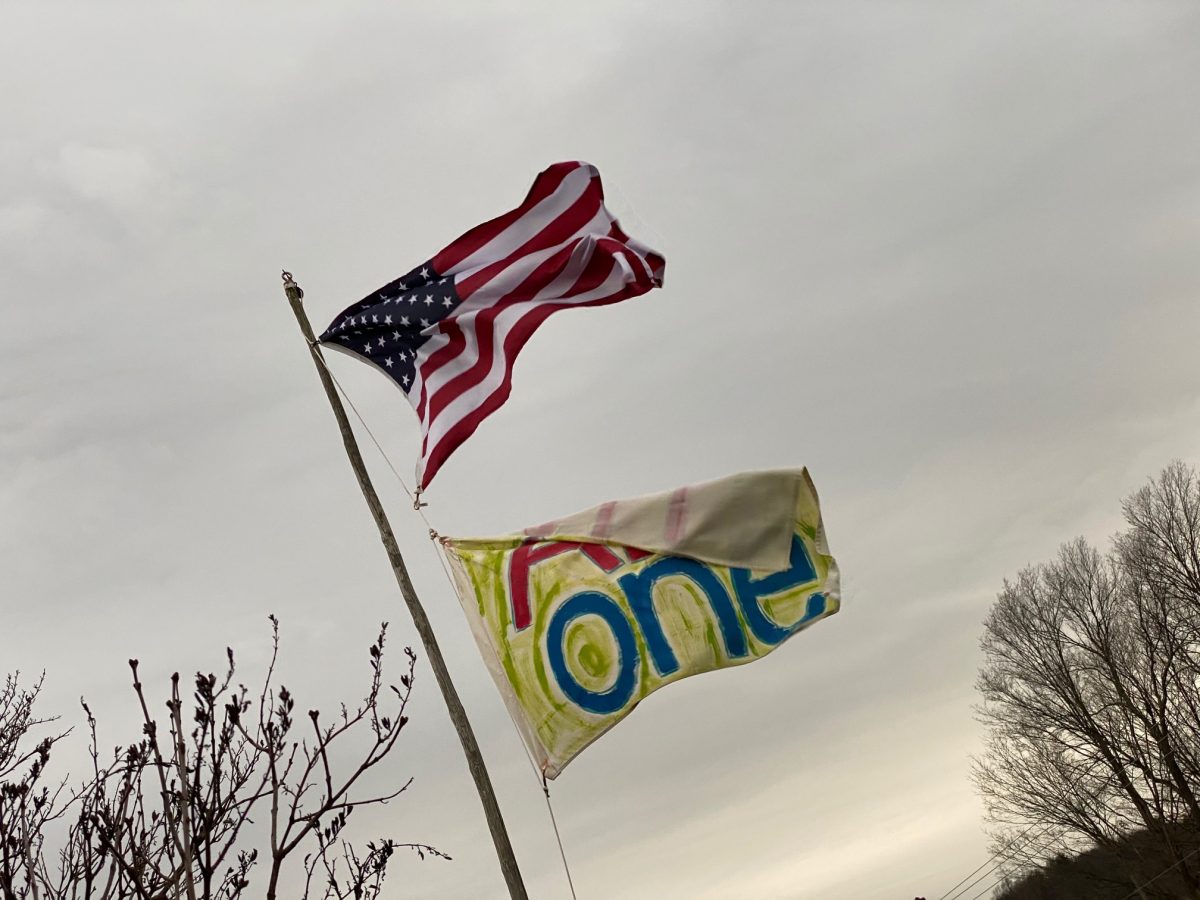 I’m rarely on the good side of power, but I see the headlines and big stories quite differently than most of our media, left or right or middle.

The headline for me this week is that democracy works; it is a beautiful thing to see. If you follow our mass media, digital, cable, or print, the big story is that democracy is under attack and is being damaged beyond repair.

As a dyslexic, I often see things backwords, especially words, so beware of my beliefs.

Even as I see the country beginning to come together, some can only see it coming apart. Today, I saw this headline in the New York Times digital edition: “After Trump Meeting, Michigan Lawmakers Say They’ll Honor State’s Vote.”

I wanted to cry. My headline is: “How Beautiful To See Democracy Work.”

Soon enough, we’ll return to the divisions, the refusal to negotiate, the lack of co-operating, the paralysis of government. “Democracy,” said H.L. Mencken, “is a pathetic belief in the collective wisdom of individual ignorance.”

Maybe so, but at least we can come together to protect the American experiment – the dream of free and equal people.

We aren’t there, we have never been there, we may never get there. But it’s a wonderful goal, and it lives in many hearts and dreams.

President Trump suffered yet another devastating blow to his effort to steal the November election when a delegation of Michigan Lawmakers, after a long meeting with the President at the White House, said that they would “follow the normal process” in certifying the vote results and honor the outcome.

The legislative leaders, all Republicans and strong supports of Donald Trump, said in a joint statement that they had not been made aware of any information that would change the election outcome.

In plain English, they called the leader of the party a liar and refused to participate in his brazen and wicked scheme.

I did close my eyes and give thanks. It takes a strong legislator to sit in the White House for hours being slobbered over by a President and walk away and do the right thing.

How sick they make our Republican lawmakers look; they shamed the cowards and the sunshine soldiers. The legislators from Michigan stood up for us.

Earlier in the day, the Republican governor of Georgia, another strong supporter of Mr. Trump,  certified that Joe Biden won the election in that state. Figures don’t lie, said the secretary of state.

Before that, a string of judges from every part of the country drew a line and said flagrant lies don’t work either, not in our legal system. You can’t s steal elections, not even in such partisan times.

People who have worried and suffered and ached about what was happening in our country might consider pausing, as I did tonight, and giving silent thanks for our democracy, which President Trump has taught me to cherish more than I ever had.

Democracy is fighting back, it is holding steady. Politics is war without bloodshed, says the old saying, while war is politics with bloodshed.

We have been at war and won. No bloodshed.

I appreciate what a gift democracy is, and I will not ignore it or walk away from it again. Neither, I suspect, will anybody reading this.

How humiliating and painful a day and week for Donald Trump, who hates losing more than anything other than the truth.

He has lost more this week than in all of his previous life combined, suffering defeat after defeat from both Republican and Democratic judges.

As his niece Mary prophesied in her book, Trump is a mess; he is no seer, prophet, or competent dictator.   Up (or down) wherever he is, Chairman Mao must be rolling his eyes.

In 1927, Mao wrote this about revolution: “A revolution is not a dinner party, or writing an essay, or painting a picture, or doing embroidery; it cannot be so refined, so leisurely and gentle, so temperate, kind, courteous, restrained and magnanimous. A revolution is an insurrection, an act of violence by which one class overthrows another.”

I confess to smiling at the thought that Mao would ever go to war with Rudy Guiliana as his General with his shiny World Series ring flashing in the lights.

And what, exactly, was Trump’s revolution about? It wasn’t about overturning the wealthy class, quite the opposite.

It wasn’t about overthrowing the powerful; he fights for both, not for the common folk.

His fatal flaw turned out to be his greatest if fleeting, strength: he dazzled and danced, but it was all about him, his family, and his money.

Trump was the Rainmaker, selling miracle juice to needy people. Like all the Rainmakers in American history, a lot of people bought his potion. They all eventually wanted their money back, but when the Rainmaker returned, they bought more potions.

Trump divided us, and enraged us, and seduced tens of millions of us.

But it turned out that democracy, America’s imperfect gift to the world, was and is a lot bigger than him and his message of grievance and hatred and greed.

The center held, Trump is shrinking before our eyes, he will soon be the size of a snail, another voice railing in the wind.

One has to be a very selfish and lazy American to love what this man has done to our country; yes, some things really are bigger than a good economy.

The headline is that democracy is winning and will win.

When I think of democracy this week, I think of those hundreds of blacks in Detroit who took to Zoom to fight for their right to vote and beat back the craven politicians who wanted to steal it from them.

This was the power of the people, they make every revolution work.

If their victory didn’t stir the heart, democracy has no meaning for you, the lamp has gone out.

That was the beginning of the great turnaround, the roar from people fighting for democracy, an old idea given new life.

Trump proved himself to be ignorant of us as well as contemptuous. He doesn’t really know how to do anything but lie and think of himself.

“It is well known that when you do anything, ” wrote Chairman Mao in 1937,” unless you understand its actual circumstances, its nature and its relations to other things, you will not know the laws governing it, or know how to do it, or be able to do it well.”

How fitting that Mao wrote an obituary for Donald Trump’s war on democracy in 2020. This emperor had no clothes.

What Mao wrote is well known to any political philosopher or true revolutionary. It wasn’t well known to him, a man who has, say his biographers, never read a book in his life.

Trump had evil in mind, but his mad ambitions never meshed with his fractured self; broken men don’t lead successful revolutions.

Trump never understood his actual circumstances, the nature of a democracy, its relation to other things in the world, or the laws of governing.

He staged the most bumbling and pathetic coup in the history of coups and brought upon himself the thing he most dreads: failure and rejection. he didn’t do his homework or even understand the monster he has created.

And you may remember the story of Frankenstein. Monsters always turn on their creators.

Mao could have told him you have to do more than tweet and lie from your golf course and bedroom to stage a true revolution. You actually have to do something.

Trump has transformed and energized our sagging democracy in a hundred ways.

Black and brown and yellow girls will see their faces in their new vice-president.

This week, our better angels emerged and just said no.

To me, this was a coming together, a victory for the middle, not the edges.  The left couldn’t do it alone, neither could the right.

We can work together; we do have common values; we appreciate our democracy; men and women will risk their careers to do the right thing.

This week, I believe hatred is in retreat if by no means defeated.

I haven’t gotten a death threat all week. The self-righteous conspiracy peddlers and white nationalists who have been messaging me angrily for months seem to have fled back into the shadows.

May they wither and die there.

Donald Trump has taught us many things. We are not as great as we thought we were; we somehow have let an enormous chunk of our country to slip away and left them behind.

But tonight, I’m thinking of small things, things he grievously misread or misjudged.

The Dreamers can stay in the home of their birth. The tired and poor can come here again, to the flaming torch. The parks and birds and animals will be spared bulldozers and greedy companies again.

Native-Americans can protect their sacred land again. Instead of hiding from climate change, good jobs and new ideas will heal our broken planet.

Nurses and health care workers may soon get the tools and support they need to fend off this awful virus and save some lives, rather than abandon them to their own fate.

It is almost an article of faith in politics that nobody ever wins fights with the media, once called the press. Reporters are smart, determined, devious, and nasty. At first, Trump paralyzed them with venom.

Once they got over their awe of themselves, they started to fight back, and for a lot of the country, there was no safe space for him to be. Those politicians were right.

It would be smart to be realistic – we are battered and, in some ways, a broken country. But somehow, and against all odds and likelihood, Trump is raising the specter of healing.

In his desperation, he has gone from bombast to pure evil. We are responding by going from shock and helplessness to imagining good once again.

Look how many things Donald Trump misjudged this week: Like his Federalist judges, who, it turns out, really don’t like big governments that steal authority and people’s rights.

I think tonight of the many humble Republican and Democratic clerks and vote-counters who stood their ground, even in the face of awful pressure and threats.

The power of democracy, which, when all was said and done, brought a divided country together for a common purpose. It is possible. No one can predict the future, but hope shines bright.

I don’t know how much humiliation and defeat our sociopathic President can endure, but I see that it is healing and uplifting and unifying.

Soon, we can all wake up without dreading what our President has said and done to us today. That will be a miracle in itself. He will go where losers go, the dustbin of people who failed.

When all is said and done, Trump was not nearly as big as he pretended to be. He thought too small, like the frog at the bottom of the well. If he had ever come up for air and surfaced, he would have seen the world in an entirely different way.

I have so far underestimated Joe Biden; I was never a big fan, who was?

But he is wise and patient to move forward and stay focused on the work that needs to be done, especially as the death toll mounts and our President can do nothing but play golf and fight for his own ass.

Biden is pulling the country along with him. Sometimes less is more, quiet better than noise Right now, he is good for the idea of democracy.

But Mao, the master of revolution,  gets the last word: “The people, and the people alone, are the motive force in the making of world history.”