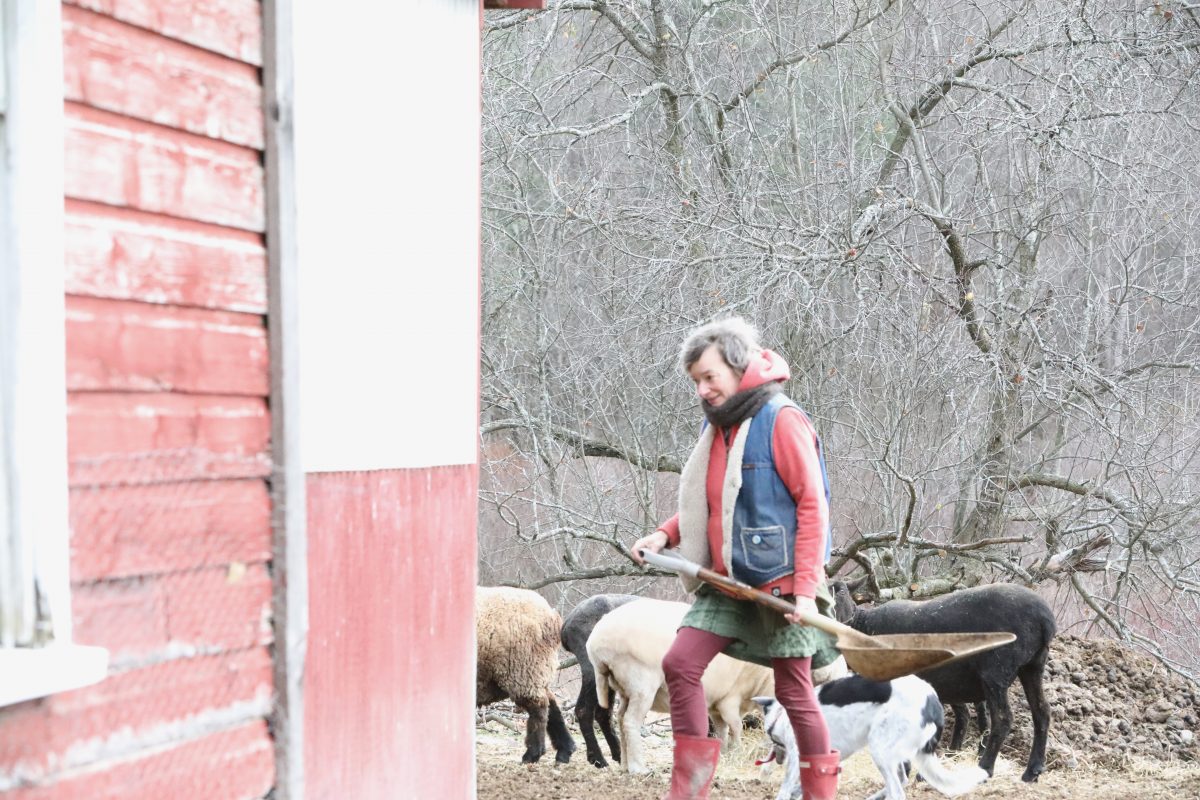 Courage and truth are, to me, threshold crossings.

I learned about truth by lying for much of my life, to myself and others. I had a transformative time dealing with courage. If you know how to lie, then the truth comes easily.

I became a valium addict because I was frightened so often by things that were dangerous.

And when I was wheeled into the operating room for open-heart surgery, I forgot to be anxious and looked forward to walking again.

My surgeon said he couldn’t remember anyone as courageous as I was,  and I was puzzled to be singled out as brave, I hadn’t given it a thought. Surgery taught me to let go of the idea that I was in control of much of anything, I was in the hands of the fates.

It was liberating. Fear is such a waste of time.

Two things happened to lead me to the truth.

One was a breakdown I had on my first farm, the other was falling in love with Maria.

I had lied my way through a long and painful marriage, I understand the courage I needed would only come from authenticity, not bravado or delusion.

Mental illness can be a gift. It can wreck you or force you to never lie to yourself or anyone else again. I do get to recover every day.

This gets me into trouble quite often, but I cherish it as one of life’s greatest lessons.

When you love someone in the way I loved Maria, then there is a great motivation for truth because real love never lies, and cannot bear lies.

A therapist called me fearless for leaving my life behind and moving to a farm in a remote corner of upstate New York at the onset of winter with a trailer loaded with sheep and a donkey.

I don’t recall ever being fearless, a terrified little boy, a bed-wetter, and a survivor of relentless panic attacks and sleepless nights. I was afraid of life itself.

It’s the last word I would ever use to describe myself. What I feel now is strong and clear, I stand before myself and look me straight in the eye.

What a strange caravan we made that night, me and Rose and the donkey and sheep.  I now know that I was looking for – it was love, not lambs. I found both.

But I wasn’t brave at all, I was scared out of my wits when that blizzard hit on my first night, I had learned to put on a mask that came off with a vengeance in the country. It blew away, I never put one back on, at least not until the pandemic.

I was saved by a border collie who was much smarter than I was, and more honest, and a person who saw into my soul and helped to save it.

To me, authenticity paved the way for recovery and also for joy. For love too, I guess.

There is always a choice – to enter the burning building or not, to rush to help the injured or not,  to speak the truth or not, to stand before oneself without illusion.

Truth is a spiritual gift. Truth is not a summoning of will, but a following of faith and true knowing.

Courage, said the poet, is the heart’s blossom.