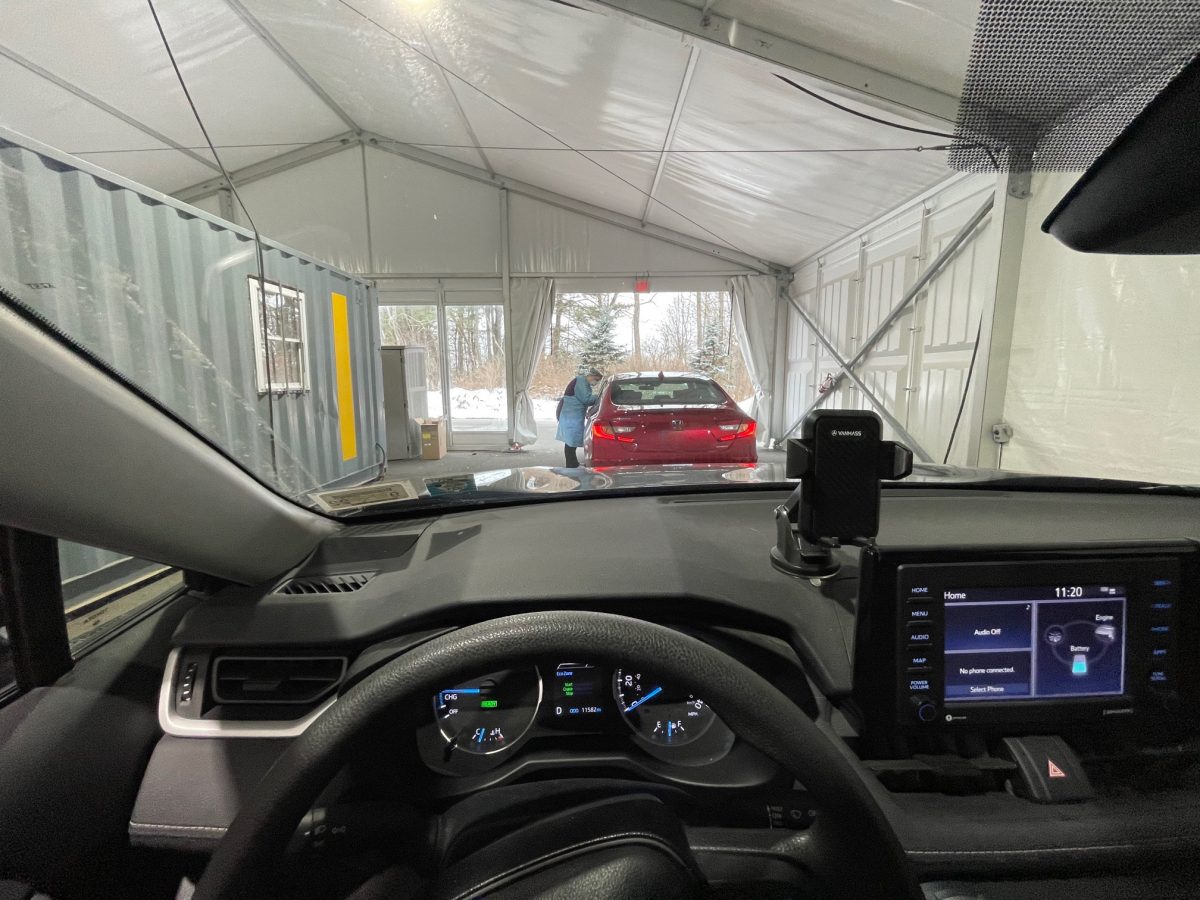 As I see in my Covid-19 test line in Saratoga Springs, I had this thought:

If I were going to impeach Donald Trump for anything, it would be his incompetence, immorality, and indifference to the suffering brought on by the coronavirus pandemic.

For months he has spent his time trying to overturn a legal election while people all over America were getting sick and dying, in the greatest numbers yet.

Just as he insisted the pandemic wasn’t serious or real – many of those people did not need to die –  he insisted that the election was stolen from him.

He told an armed mob to march to the capitol and topple a government.

Between these two things, he has helped to kill almost as many people as died in our Civil War.

I can’t say which is more serious, but the coronavirus death toll represents one of the greatest and most lethal crimes in modern history.

For the third time in as many months, I got tested today for Covid-19. Three or four times a week, I get my temperature taken, and I know the Covid questions by heart.

I’ll get a test result in a day or so and plan to resume my life after a couple of days.

What bugs me about being isolated is that everyone involved knows for sure that I don’t have the virus or hardly any of its symptoms.

We live in a world where the abundance of caution has become the universal ethic of our time.

No changes, no risks, no liability.  It could replace e Pluribus Unum on our dollar bills.

I got angry sitting in my car, waiting for the line to move.

The coronavirus experience in America has been a disorganized and politicized catastrophe from the beginning.

If that isn’t impeachable, I’m not sure anything really is.

Both crimes are heinous, but the disastrous way he dealt with the virus is a humanitarian catastrophe.

Trump’s life’s backstory is avoiding responsibility or accountability for any of the wicked, failed, foolish things he has done. That story is going to change.

People like that always seem able to get other people to rescue them.

I’ve never known how to do that, and I don’t wish to learn.

A test of our current civilization is whether Donald Trump will avoid responsibility for what he has done yet again.

It seems like the Republican Party may let that happen – again.

I’m sad to see that for many reasons, one of them being that we need a Republican Party in America and the party as I have known it is disintegrating right in front of us.

Five people died in the capitol assault, but 400,000 people have died from the coronavirus, which, thanks to our President, many Americans still think of as a hoax or a political ploy.

One nurse in Oklahoma wrote eloquently about the patients in her hospital who died from the virus, insisting to the very end that they couldn’t possibly die because the virus wasn’t real. They quoted the President.

Trump made that tragic mess, as surely as he instigated the mob in Washington last Wednesday. He persuaded those weak-minded and ignorant people that they could seize control of the capitol and kill or take hostage two of our most important political leaders.

I had no idea that so many Americans were so gullible and malleable and manipulable as most of his followers seem to be. That was Jefferson’s worst nightmare, the people who stormed the capitol, wrapped in American flags.

I can’t say I’ve found much empathy for the rioters that stormed the capitol, but I did feel one twinge for them when I realized every one of them expected the police and the country to rise with them.

They had no inkling that they been fed lies day after day for months. Now they face jail sentences for years.

Many were surprised to see that the police didn’t rise and join them.

Every one of them thought they were patriots risking their lives to save the country, not traitors hoping to destroy it. They expected to go home to cheers and parades, they had done the impossible. Instead, they found FBI agents with search warrants.

He must be held accountable for them.

Accountability is about morality, not about punishment.

There is a right and a wrong, a truth, and a lie. A society that can longer tell the difference between these things is rotting at the core. Leadership is all about morality and responsibility.

I’ve wobbled back and forth in my own mind about the proper punishment for Donald Trump; his crimes are enormous in scope and damage.

He has stolen something precious from America that will be difficult to restore. In our country, no one is above the law.

All over the country, business leaders, sports stars, Republicans, and religious leaders are calling out for him to be held accountable.

Sitting in the line for my Covid test, I thought about what justice means for those many thousands of people who died alone in their hospital rooms, gasping to say goodbye to their loved ones with their last breath.

Impeachment is a slap on the wrist.

I write this in their memory and their honor and in memory of Brian Sicknick, whose dream was to be an officer in the Capitol Police Department.

Elie Wiesel was right. There may be times when we are powerless to prevent injustice, but there must never be a time when we fail to protest.