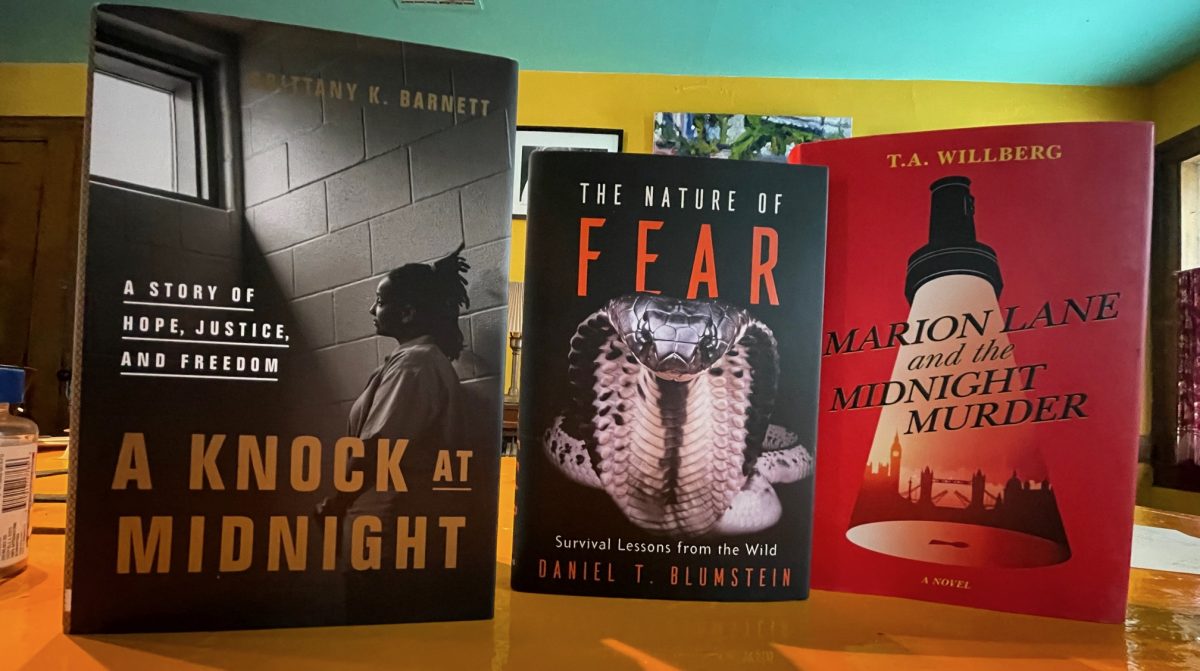 Isolation depends on how I see it, I think. I can view it as a curtailment of my life and time, which is how I saw it at first, or yet another opportunity for self-awareness and creativity.

I am writing as much as I was before, I have set aside one hour for more meaningful meditation, and I am carving aside more time for the reading I want to do.

Next, I’ll be reading Marion Lane and the Midnight Murder by T.A. Willberg.

Set in 1958 London, Willberg’s debut series featuring Detective Marion Lane. The book is part mystery and part whimsical fantasy, set around the fictional Miss Brickett’s Investigations and Inquiries, which is headquartered in an underground location far beneath the streets of London.

Then The Nature Of Fear by Daniel Blustein, a study of how animals deal with fear and what humans can learn from them.

After that, a Knock At Midnight, a story of the people, mostly African-Americans in America, who are buried and forgotten by our legal system, and a determined young lawyer who tries to help them.

I see isolation as many things, one is a respite from our chaotic and disconnected lives.