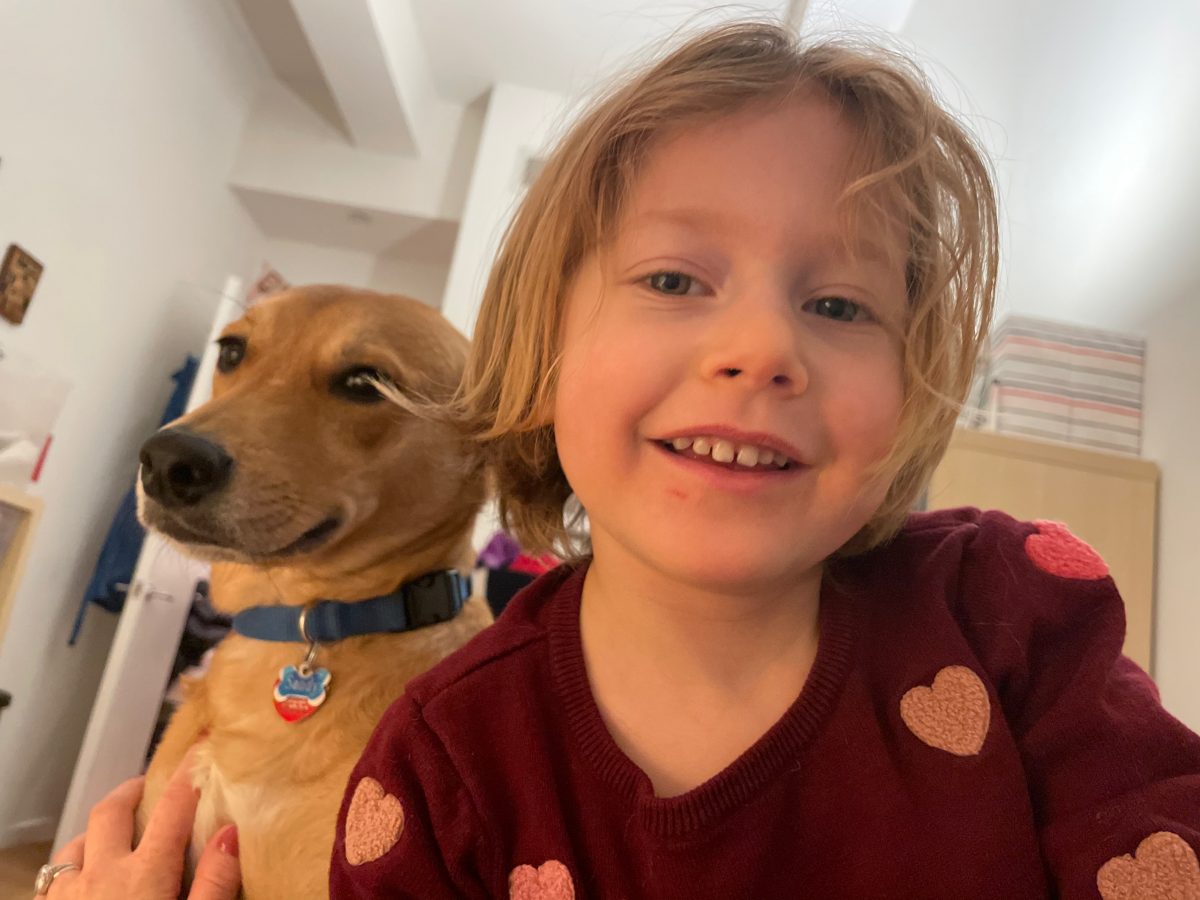 My granddaughter Robin and her rescue dog Sandy have grown up together. They are always together, and Sandy likes to push his way into photos taken of Robin.

It’s a sweet experience to grow up with a dog, I grew up with Sam, a grumpy Bassett hound who would climb into my bed and push me onto the floor on cold nights.

If I tried to get back in, he would growl at me, so I’ll pull down a blanket and sleep on the floor. Sam loved to torture my mother by stealing food right off of the dining room table and running with it while eating.

My mother would give chase and whale Sam with a rolled-up newspaper, but he didn’t seem to care.

Sam was a hero to me after he grabbed an entire pot roast off of the table and ran around in circles, dripping gravy while eating and avoiding my mother, who chased after him screaming.

She got him eventually, but he got a full belly of the roast. Bassett’s are notoriously stubborn and independent creatures. They aren’t the sweetest of dogs either.

He was always willing to take his punishment. When we moved, my parents said Sam had gone off to live on a farm in Massachusetts, but I knew it was a lie. Later, I learned they put him down, nobody wanted him.

He terrorized several families until the end.

I love seeing photos of Robin and Sandy, he is a gentle and easy dog, they are the best of friends. Sandy causes no trouble.