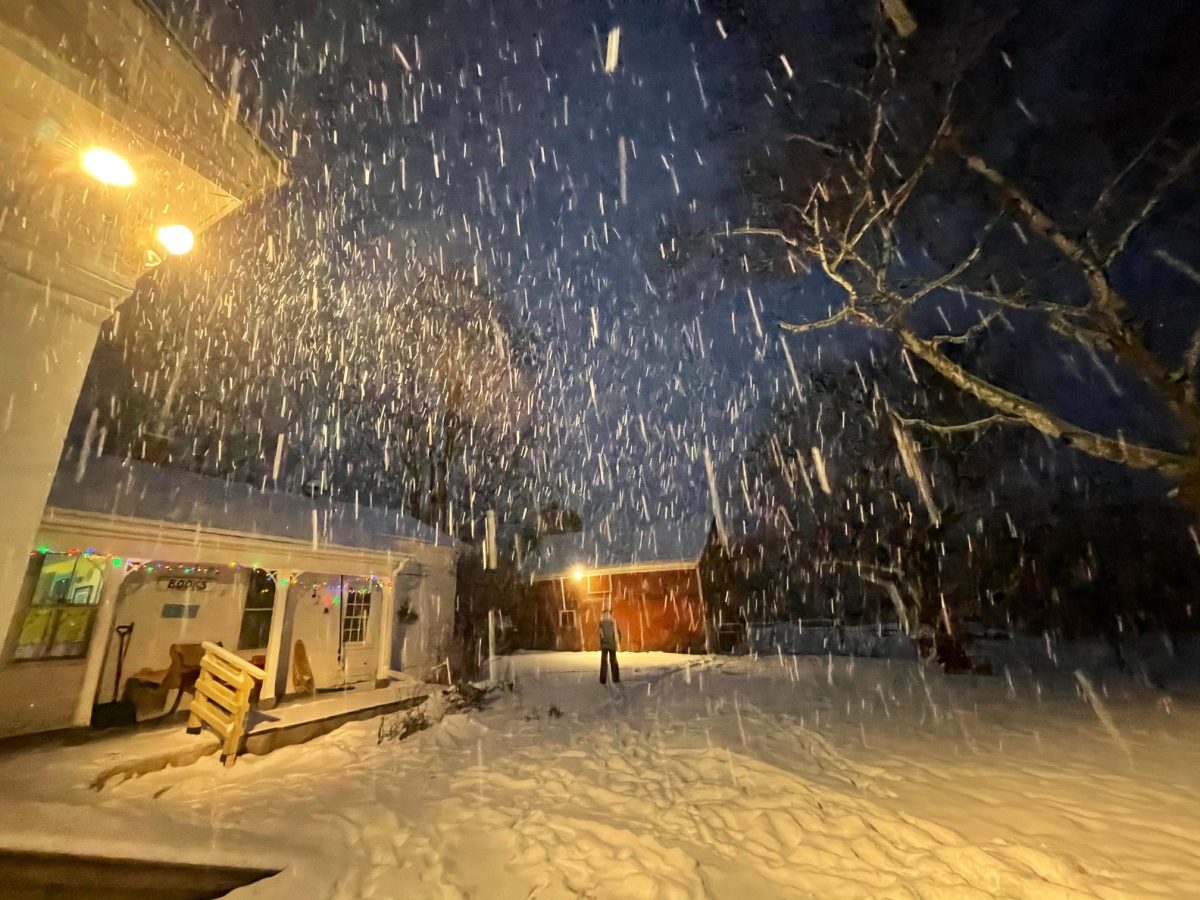 Part one of the winter storm hit late this afternoon and into the early evening. Part Two is supposed to come overnight. Part one is pretty impressive.

We did some shoveling, checked on the animals, gave them high octane second cut hay for energy. I brushed off the cars, Maria shoveled a path which was quickly obliterated. Lots of ice beneath the snow.

I went to Saratoga and said goodbye to cardiac rehab, giving Maria and two other nurses some gifts. I was a bit sad to say goodbye, rehab is an emotional experience in many ways, and Maria reminded me that I was so much stronger and more active now than I was after the surgery.

We’re in for the night now, blogging, putting up photos, doing some reading. The house is snug and warm, the cats are safe in the basement, Zinnia loves to try to bite the end of shovels as we shovel.

She is very happy in snow and cold. If we were near the pond, she would have jumped in. More photos to come.