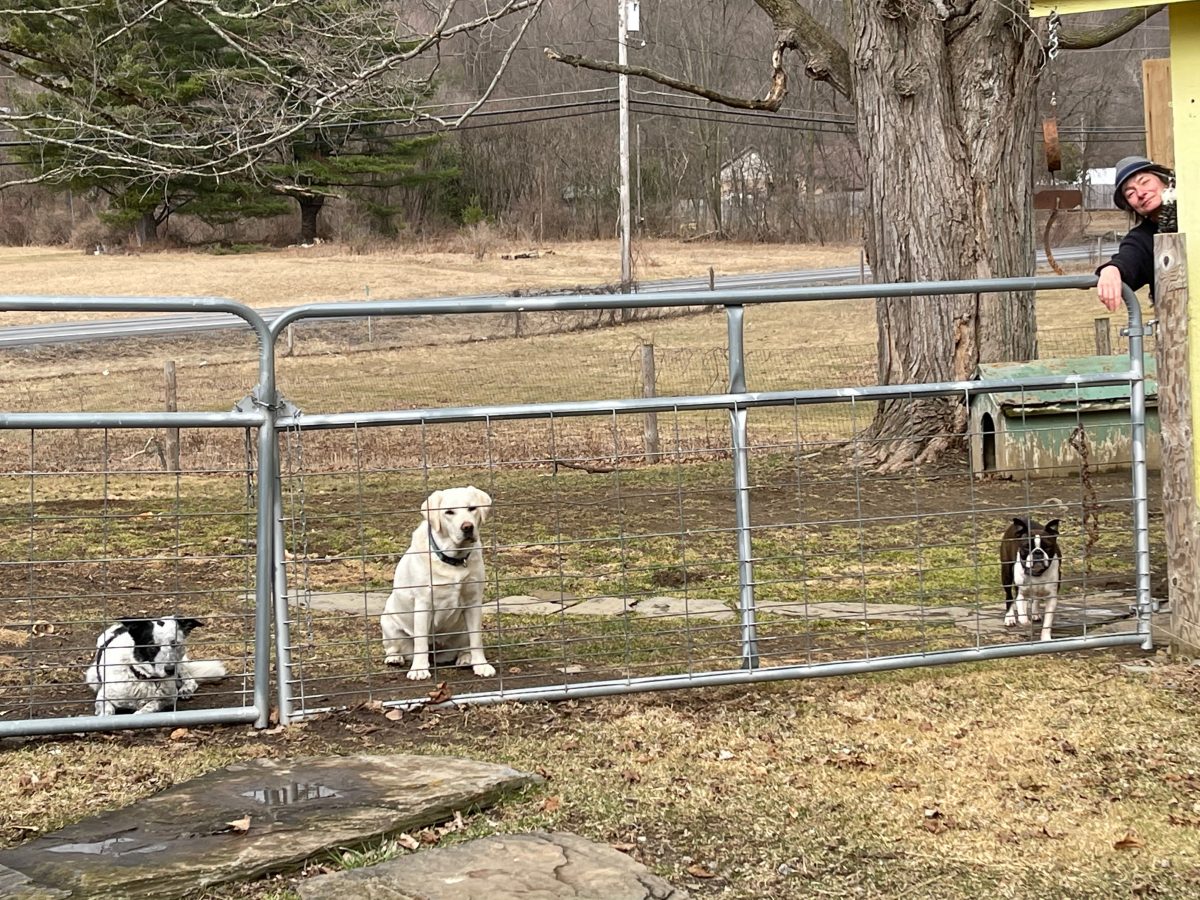 Animal training is a catastrophe in the United States. People spend a fortune buying books and videos so complex they have no chance of succeeding with them and thus searching for more videos and books.

(I’ll be talking about how to try to train overly barking dogs on my radio show, WBTNAM, at 2 p.m. this afternoon, Wednesday, EDT.  You can listen online live here. Or call the show at 802 442 1010. Or e-mail me during the broadcast, [email protected])

An AMVA (American Veterinary Association)  study found that only about 5 percent of dogs in America are sure their name is, let alone how to be obedient. Cesar Milan sells books promising to help people get “the perfect dog” even though he knows as well as I do that there is no such thing.

Cesar’s chapter about housebreaking is about 35 pages long and takes many steps and days,  even weeks. My housebreaking method –  feed a dog in a crate and take him out 10 minutes later can work in two days. And it’s free.

Most dog training methods teach dog owners how to feel frustrated and stupid, so they abandon training altogether. Sad for them, sad for dogs.

Cesar Milan is a great trainer, but he has about 20 staffers working with him. You don’t get to see the failures on TV. It’s not that he doesn’t know what he’s doing; it’s just that most people can’t do what he does at home by themselves. He has little in common with most of the 84 million Americans who own dogs.

A good example of this training mess is dog barking.

I get more questions asking how to stop barking than any other question, so I spent a couple of hours looking through training sites online and the ASPCA and Humane Society websites that offer barking advice.

I ought to say that I’m not sure what people expect when they buy a dog. Dogs bark; that’s how they talk, just like we use our own version of barking (watch cable news.).

In recent years, the ASPCA and the Humane Society have been taken over by the same fruit loops that run PETA and seek to drive all domesticated animals on the planet onto those mystical “preserves” or into extinction – it doesn’t seem to matter which one to them.

Their barking advice sounds a bit like it came from Sigmund Freud; it explores in great depth the emotional possibilities and fears in a dog that might lead to barking.

These people obviously don’t have jobs outside of the house or small children inside. Their very positive and humane training ideas involve days observation, silence, whispered commands, “tiny pea-sized treats such as chicken, hot dogs or bits of cheese.”

After days of whispers followed by a rain of treats, the dog may or may not come to understand what quiet means or that it’s a good thing.

I should warn that this does not mean that they won’t resume barking at the first person who comes by without a treat. It took me an hour just to read the ASPCA’s guidelines, so obsessively positive they are almost guaranteed not to work for the average person.

If the “Quiet” procedure is ineffective after 10 to 20 attempts, says the ASPCA, “then allow your dog to bark 3 to 4 times, calmly say “Quiet
and then immediately make a startling noise by shaking a set of keys or an empty soda can filled with pennies.” If the dog is startled, he’ll shut up. If this doesn’t work, try it again. If it still doesn’t work, says the site, get professional help.

The Humane Society advice is simpler but just as foolish. “Your dog gets some reward when they bark. Otherwise, they wouldn’t do it. Figure out what they get out of barking and remove it. Don’t allow your dog to continue the barking behavior.”

So if you live in Iceland and your dog is barking at Polar Bears, this could work. If you live in America, there is no simple way to get rid of neighbors, dogs walking by, trucks, or fire engines with sirens.

“If they bark at people or animals passing by the living room,” says the Humane Society, manage the behavior by closing the curtains or putting your dog in another room. If they bark at passersby when in the yard, bring them into the house. Never leave your dog outside unsupervised all day and night.”

Where do these people live?

Passersby don’t give me advance notice, and I am in my office working. I can’t be up all day running back and forth, closing and opening curtains, bringing the dogs in, letting them out all day.

Walkers, joggers, bikers, motorcyclists drive by my house all the time.

I have other responsibilities than standing outside all day whispering at my dogs to be quiet or hustling them inside every time a human being or dog appears.

I don’t have a dog barking problem, except for passing dogs or animals. Dogs are naturally protective of their homes and families. They guard the property by barking (I like that they do), they alarm bark, and they bark in play.

I also have reservations about silencing dogs. That is not a natural state for them. Do we really want to reach them not to protect us if strangers come onto our property? Has anyone really studied the psychological impact it might have on a dog if they were pressured not to something so natural to them, so integral a part of a dog’s identity?

If you don’t want to have a dog that barks, maybe get a parrot or tropical fish instead.

It’s almost impossible to train dogs not to bark; it is such an instinct. It is literally how they communicate with each other and the world.

I am not ashamed to suggest that people look at the new generation of sonic and ultrasound anti-barking devices.

They don’t startle the dog any more than shaking a can of pennies at them.

And they are usually remote-controlled, so they can be taught not to bark at neighbors but not kept from barking at all, which it’s own kind of cruelty.

Please call if you want to discuss this further. 802 442-1010. Or listen online: click on the live button on wbtnam.org from anywhere in the country.