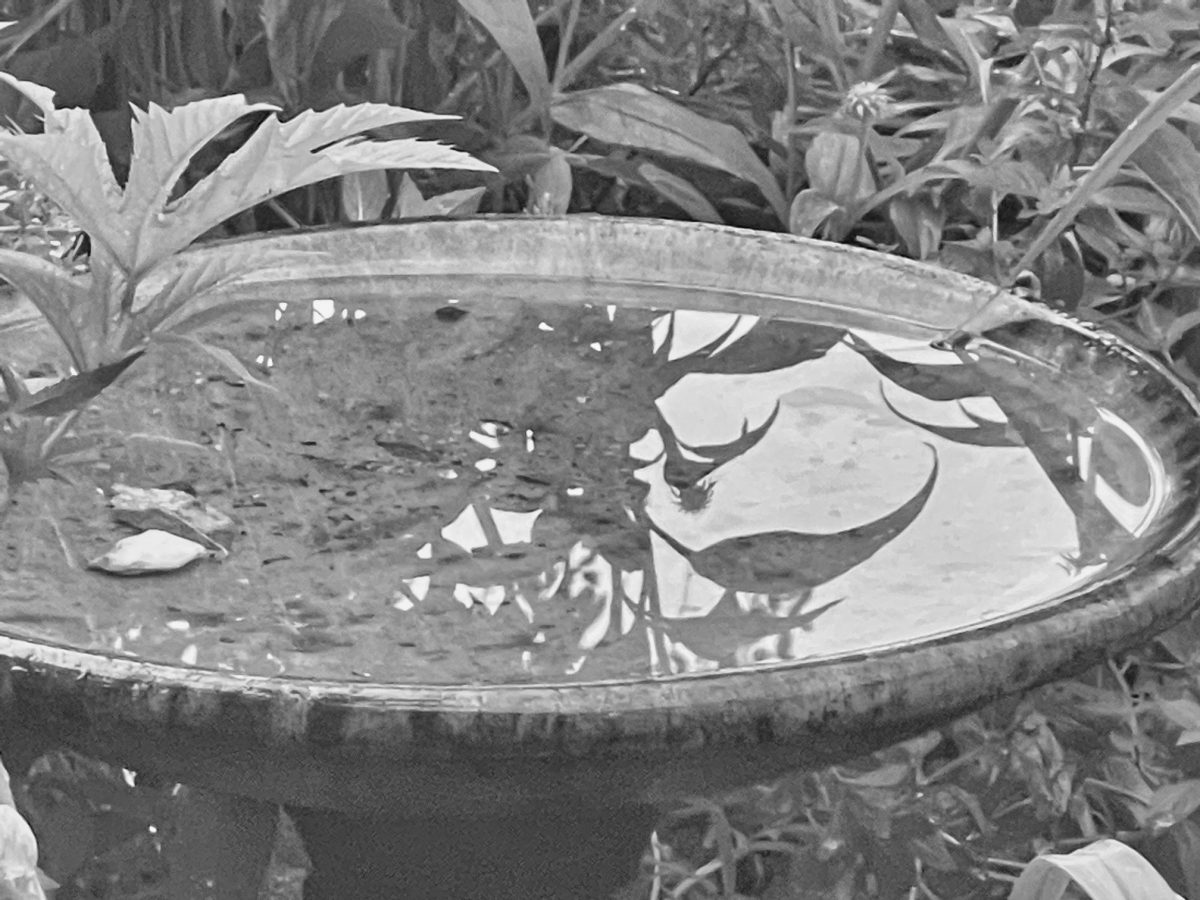 I want my compassionate and civil blog back. I miss it, and I bet many of you do as well. So I’m going to get it back from the trolls and the peckerheads.

I’ve been re-thinking my blog lately, as I often do, and I wanted to share my thoughts with you about changes I am making right now.

When I began bedlamfarm.com in 2007, I did not allow comments of any kind, either on the blog or later, on Facebook. It was always my idea to publish a monologue, the story of my life, not a dialogue, as is done on cable news.

I started permitting comments because of the rise in interactive media, and people wanted to talk to writers, get to know them, and share opinions with them.

But America has changed since I started the blog, so much of what we now all social media has degraded the very idea of listening or communicating. So I need to change too.

I fear sometimes getting sucked into something I really dislike.

One accused me of being a voyeur, another a thief, another of being a sexual predator, and a sociopath.

These people, I realized, were not interested in talking to me or listening to me; they were just digital sharks out trawling for blood. They are the ghouls of our time, and I’m not going to help them.

These are not people who know me or care about me, they are the creatures we now call “trolls,” they were always around, but President Trump brought them out into the daylight.

I won’t permit their comments any longer on my blog or my Facebook page. I should have done this months ago.

I have the tools to delete and ban them, and I will use them, starting the second I post this piece.

To some extent, the decision some years ago to permit comments on the blog made me uncomfortable.

I was a book writer for most of my writing life; I worked alone and rarely interacted with readers except on carefully produced readings at book stores.

I thought it was smart to do in the digital age when everybody feels free to shoot their mouths off about anything, especially things they know nothing about.

I am doing nobody a service by giving damaged and broken people a hateful platform on my blog. Quite the opposite, I have become just another unknowing peddler of poison.

I can’t explain my every move to the satisfaction of thousands of strangers; I can only present my ideas and hope they have meaning to someone.

Over time, the trolls and ticks will go away; like all vampiric creatures, they feed off blood and need it to survive.

My moral responsibility is to look in the mirror and like what I see. I don’t like what I see when I am challenging hateful people. I don’t ever want to become them. Sometimes, I feel like I am becoming one of them.

That is not the direction I want to go in with my life.

The best defense is to be me, not to let anyone else try to define me. The heart of the troll is cold, cynicism and hatred is their vitamin. I don’t want them anywhere near my blog.

This is the challenge of our times, this intolerance and cruelty, it is much too big for me to handle and still stay creative and focused on my work.

I have to protect my creativity and peace of mind; they are the only things I really have apart from Maria with so much central meaning.

This decision to open up the blog was before the rise of cable news and extreme political partisanship and the digital revolution, which has spawned a sea change in communications.

The new technology permits people to talk to one another without restraint or consequence. It promotes rudeness, cruelty, and what has now evolved to what we call “trolling,” the willingness of people to be vicious, dishonest, invasive t and mindlessly argumentative.

I see my online home as an extension of my material hope; I don’t expect anyone online to say anything to me that they wouldn’t say in my house. That’s an easy and clear line to draw.

It has become a right and expectation to many people to be cruel or hurtful; many suffer a lot worse than me. I’m not into formal manners, but the tsunami of rudeness and cruelty no longer seems to serve any function at all, other than to wound or declaim.

Arguing with them, challenging them, making fun of them is an act of ego and stupidity, it accomplishes nothing and wastes my emotional and creative energy—shame on me for doing it. The viciousness crept on me; I was slow to see the scope of it.

The part of these new communications I love is the people who have thoughtful, often critical, positive, and challenging things to say about my writing.

That has been good for me and is valuable to me.

My work writing about the Amish has been some of the most worthwhile in my career, and I very much appreciate all the support and approval you have given me.

It is affirming and sustaining.

What isn’t good for me is the viciousness and ignorance that social media has enabled, spawned, and tolerated. This work has made me a magnet; the hateful assaults were occasional, now they are regular.

We really have a sick vein running in this country; we truly hate the different.

This trolling came to a head this spring when I began writing about the Amish. I had no idea how much many people disliked them and resented my friendship with Moise.

The Amish seem to embody the idea of “the other,” and our country is on a full-blown hate streak against “others” right now.

Somehow, the subject just opened the gates to a flood of nastiness.

Every day, I get several shockingly vicious and mindless messages, often threatening, especially when I write about my friendship with Moise.

This tendency to what we now call “trolling” began around the time the  Trump campaign for the presidency began in 2016. There were always trolls; they were never as brazen or frequent as they are today.

Since then, cruelty, stupidity, and viciousness have escalated on both sides; I get as much hate mail from people on the extreme left as I do from the army of Trump trolls gobbling up and poisoning the internet in the same way Japanese beetles eat flowers and plants.

The noise drowns true liberal and conservative thinkers. The American mind is sick and hurting/

I decided the right thing to do was to challenge these trolls, make it clear that they can’t pollute free speech, and get away with it clean and without challenge.

This was a mistake. It was not the smart thing to do. It was a waste of time. I should be exposing these hateful ideas; I should be protecting people from them, making it a safe place.

I will do that.

These assaults draw out some of the anger that still lives in me, and too often, I was challenged to defend my thinking and ideas by people who are simply intrusive, inappropriate, vicious for their own sake.

Ideas are never discussed; the dialogue is like taunts on a middle school playground.

I need to change that. It’s not good for me, or the blog, or for the many good people who are genuinely interested in ideas, even if they disagree with me.

From now on, I’m going to take a step backward. Civil and thoughtful comments are welcome; I will read them and respond to them when I can.

They are important to me.

I’m not doing battle with angry or disconnected people or trolls any longer. A particularly obnoxious woman wrote today that she got the idea that I didn’t like to argue with people who disagree with me.

The woman who thinks I don’t want to argue my ideas is correct, but only partially correct.

I don’t argue about my ideas, period. That’s not why I write. I am happy to explain myself.

My role model for the blog was E.B. White, the wonderful New Yorker writer who wrote about rural life and his many ideas from his farm in Maine.

There was no Internet, no social media.

He didn’t argue his ideas; he expressed them, and he welcome comments from readers, which came mostly from the mail.

I will never argue my ideas on Facebook or in blog posts. Ideas have a right to live and move freely or die on their own. I will absolutely not spend my life arguing with people on the Internet.

Arguing all day is not healthy for a writer; too much crap gets into my head. I don’t care what most people think of my writing; I’m not looking to defend my ideas to thousands of strangers online, many of them with bent heads.

But I do like to know what people think of what I say, like it or not.

My protest against cruelty will no longer be to argue about what I write; I will delete and ignore the hate.

The idea is to deprive it of life and oxygen, not enable it with attention. I do that to protect my writing and to protect my blog. Being accused of obsession, child abuse, and psychopathic behavior isn’t a good way to be creative.

Believe me when I tell you – and many of you know this – that I love being challenged thoughtfully and civilly. I will never delete those comments, and I will happily respond to them when I can.

But I have to stay healthy in the head if the blog is to be useful at all, and if I can survive and prosper on bedlamfarm.com in this new reality – it is my creative life, my income, my meaning in life, next to Maria.

Those who wish to comment in good faith,  question my ideas civilly and thoughtfully will find a welcome place here, and hopefully, a  peaceful place where we can talk openly, honestly, and safely.

It’s up to me to police the site, and I welcome that opportunity to make a stand truly.  I will always speak directly and honestly. I live off of mind food, and I will never delete or prohibit mind food. I will have no hesitation in rejecting the angry, the aggrieved,  and the cruel.

So this change will, I believe, strengthen the idea of my blog being a monologue, but one with a protected interactive element. Would you please tell me what you think? I don’t argue my ideas, but I am happy to explain them and listen to the ideas of others.

Give it a chance; I think you will be pleased.

The outside world is losing the ability to speak empathetically to one another. I believe in doing that. Come and see for yourself, watch the atmosphere change.

This is my blog, and I love it and care for it. I’m taking it back. Trading witty blows with creepy people is not why I started the blog, and will certainly not be how I finish it.