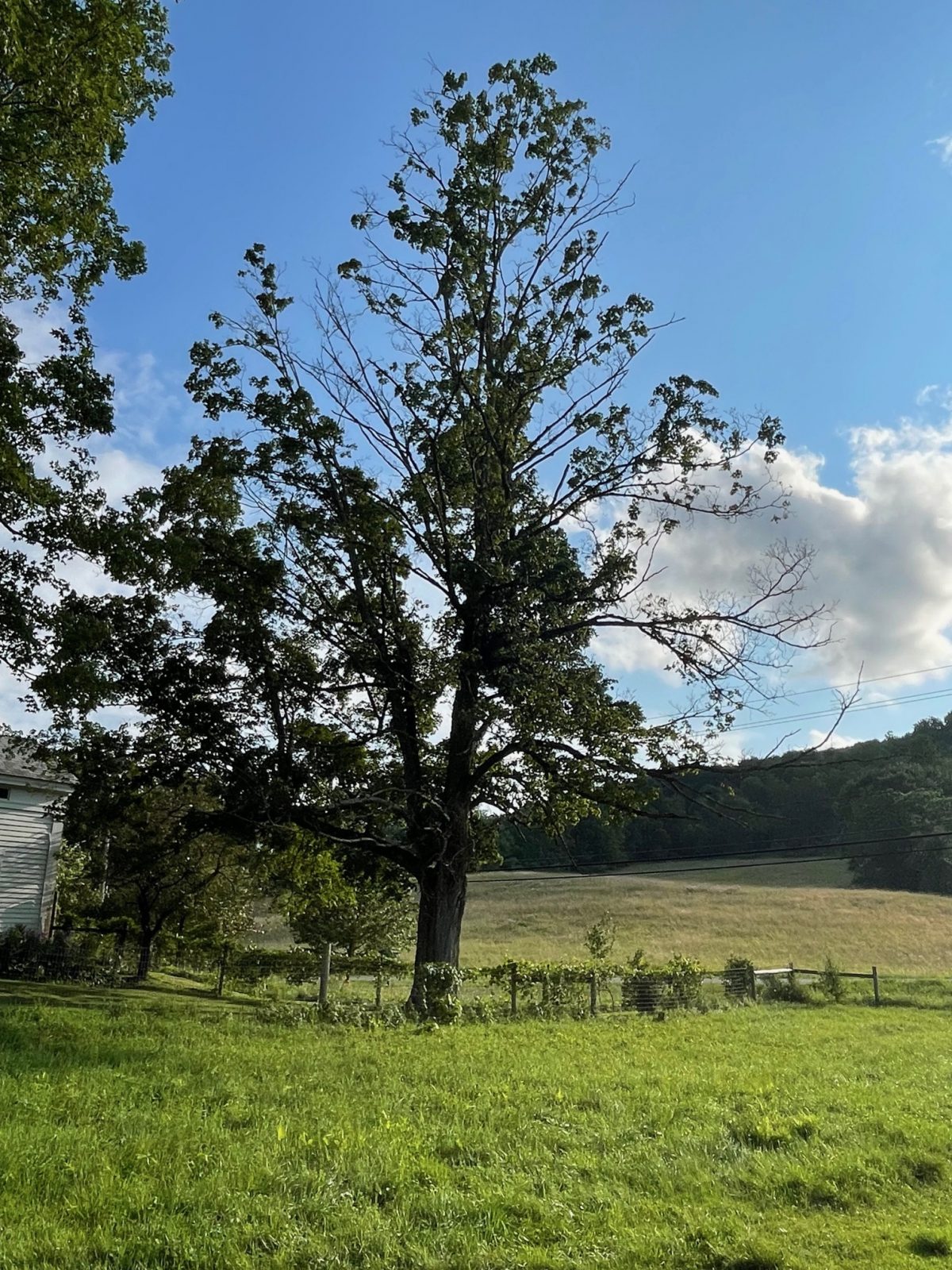 The farmers who built our house and preceded us – they were real farmers – were thoughtful enough to plant two gorgeous maple trees on the north side of the farmhouse.

That was the tradition back then, farmers built trees so that farms to come would have shade.

Last night, a giant limb fell off the tree in a rainstorm and crushed part of a fence. We guessed the tree was dying but Jared, a skilled tree doctor, came over and confirmed that.

He said our options were to take the old tree down or he would come and trim the dead limbs which were in danger of blowing off.

The loggers up here call them “widow-makers in honor of the logger wives who lost their husbands to giant limbs suddenly falling.

Jared knows his stuff, we trust him completely.

Jared said there was little or no chance of that. So he’s coming a week or so to trim our maple. It wouldn’t make the tree any healthier, he said and it wouldn’t prolong its life.

I’ve read recently that when trees are dying, they shed their nutrients with other trees via roots underground. That sounds like trees.

Trimming the t it would make the farm safer, there are some huge dead limbs up there. Jared is coming in a week or so. We love those big maples, but life goes on.