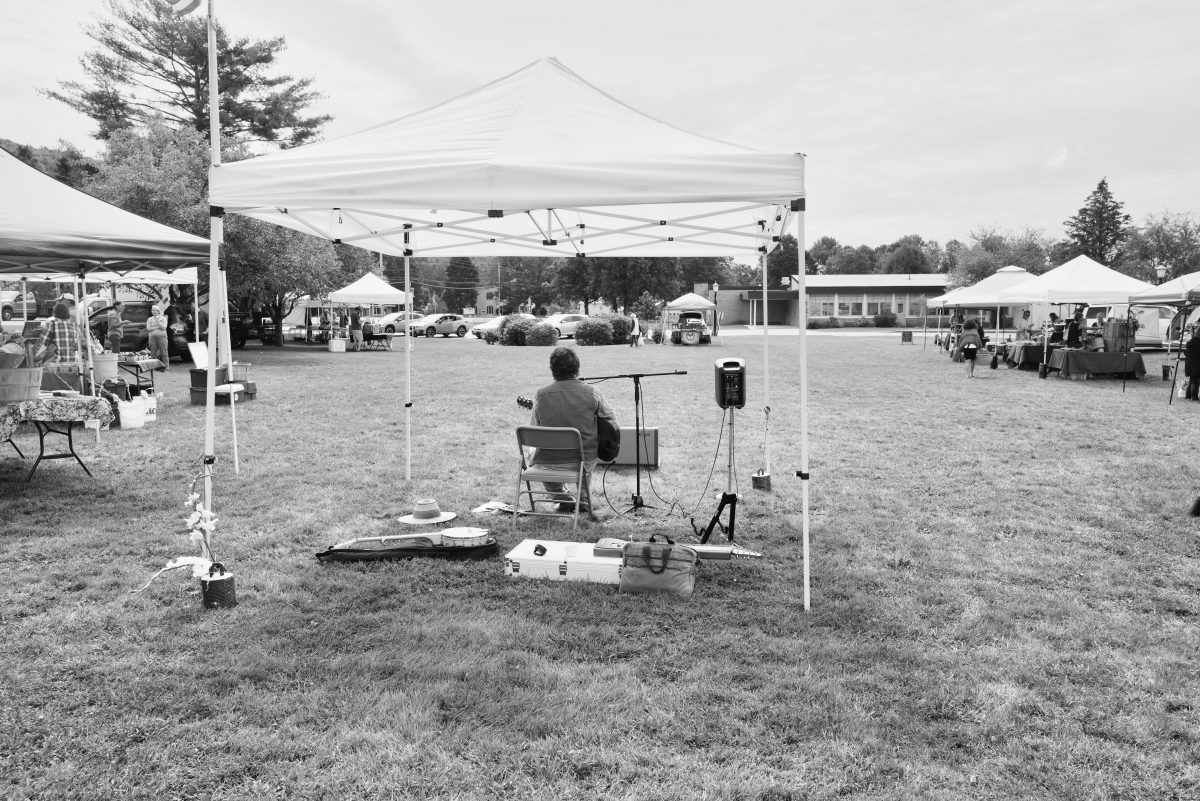 He is a big deal in music, he plays in bands all over the place, but he always seems to make time for the small gigs, where the ordinary people go.

I have this fantasy that I will one day take guitar lessons from him and learn to play. I did take lessons twice when I was younger, but nobody ever suggested I keep playing. I can take a hint.

I don’t know Barry (a/k/a King Happy) very well, but I am lucky enough to hear him play once in a while. He is a successful and popular musician; he plays all over the country.

And here he was, in our little Sunday morning farmer’s market.

His resume speaks for itself – an accomplished artist, a life in music.

Barry loves music, and he loves to play in front of people. I saw him last week when he showed up at the Farmer’s Market to play. People all over the market stopped to listen.

Anyone could tell he was especially gifted, and he couldn’t have been paid much to play there if he was paid anything at all. He gave us a sweet gift.

Musicians need to play for us, to be heard. I am grateful to them; they are heroic in their determination to make music and bring it to people. A lot of them will never make it big. Barry did.

I don’t know a lot about music, but the hair on the back of my neck goes up when I hear the music someone like Barry makes. The minute I heard him, I turned away from the vegetable stand to listen. I knew it was him.

I’d pay a lot of money to hear him; it’s a gift to hear him for free or for a small donation.

I remember my first book readings as an author.

One night in Minneapolis, I was sitting in a ratty old bookstore; the audience consisted of the owner’s mother and her dog. Many geeky kids showed up to ask me if I was there for the Jewish Star War’s Fan Club, and I didn’t skip a beat; I said sure and started talking about my book.

They didn’t figure it out for a while. The show must go on. One even bought a book for his mother. Later, when I was a best seller, I always said yes to small groups and ratty bookstores.

We ought to build a monument for the people who make music for us, even when there are no crowds, little money, or applause.

I think of them and the artists who sit in galleries and restaurants with their paintings and sculptures. They eat and offer celery sticks,  pita bread, and hummus and read dog-eared novels between possible customers.

Barry can find an audience anytime he wants to; he doesn’t need to be at the Farmer’s Market. Still, he’s made the time and takes the trouble to play for us. I was almost embarrassed to drop my $ 5 into his hat. I know he could be earning a lot more than that. 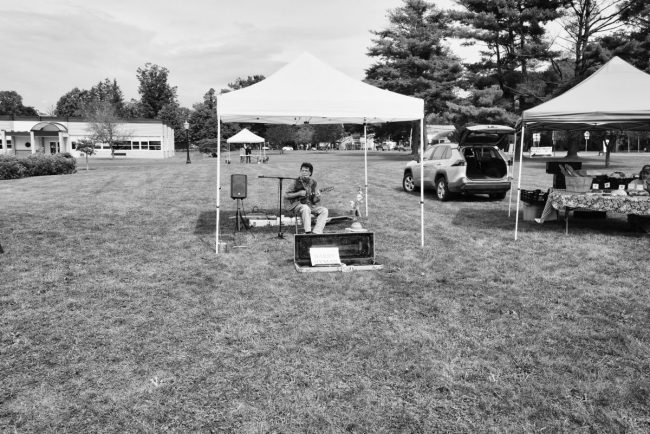 I’ve heard Barry play two or three times; you know right away he is special. It was sweet to run across him while we were buying raspberries. I went over to his website. Close your eyes and check out Wintry Lament at the bottom of the page.

Good musicians and artists are like that. They need to play and sing in front of audiences; it gets their blood flowing, it inspires them, they have no choice. They never get lonely playing or waiting and never quit, even when they make it big.

Thanks, Barry, for your slow guitar and all the others who sing for us.