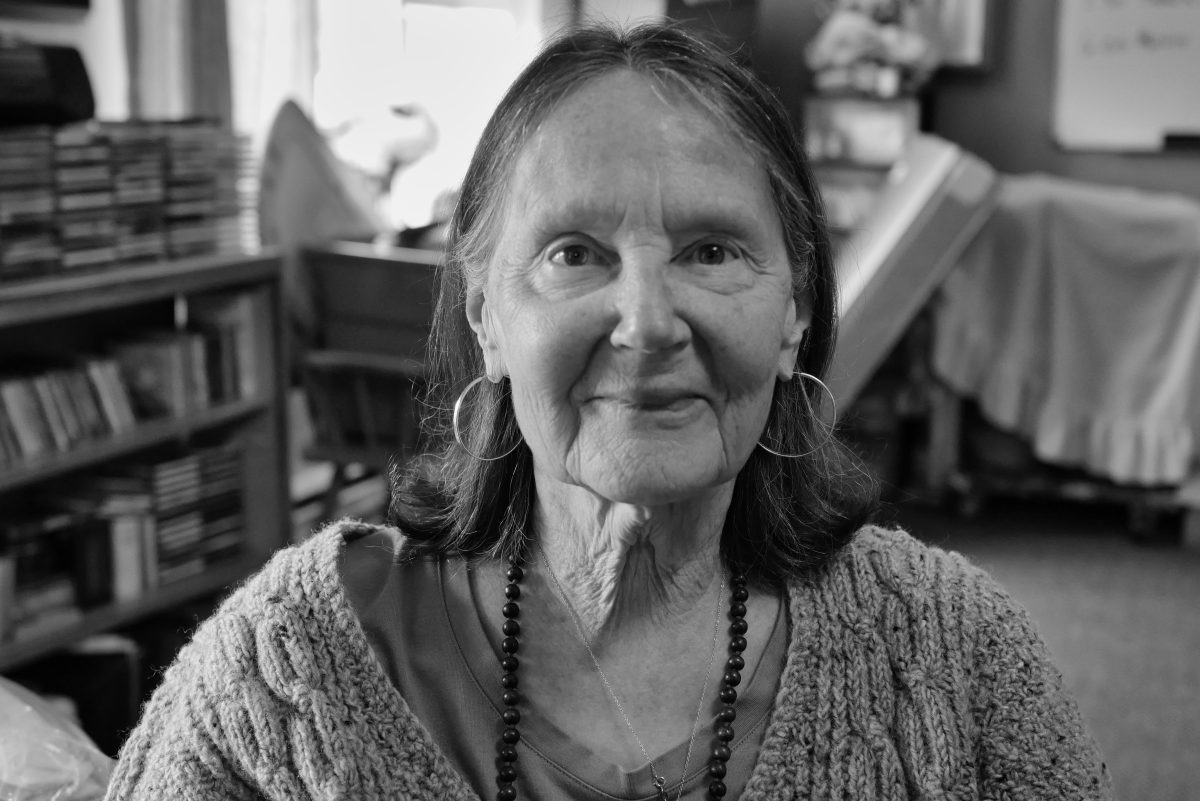 When I first volunteered at the Mansion,  sometime in 2014, very few of the residents had or used new information technology. There was no widescreen TV, no Ipads or tablets, and a handful of cellphones.

When the residents and their families wanted to talk to someone outside, they would go to the office and use the staff telephones. Privacy was complex, and the phones were often busy or needed for emergencies.

In 2021, the residents live in a different world. Almost all of them, thanks to you and me, to be honest, have either cellphones or tablets or Ipads. All of them have large-screen television sets, also thanks primarily to us.  In Medicaid facilities, the residents need more help buying these devices, but they are no longer rare in a nursing homes and assisted care facilities.

The residents tell me how grateful they are to be independent communicators, they love being able to go to their rooms and watch the TV shows they like, and they love watching movies and listening to music on these devices as well.  They feel much more connected to their families, and the world, and their grandkids and friends on the outside.

These tools enrich their lives,  stave off loneliness, stimulate their minds and keep them close to their children; I’ve seen that happen.

But in meditation class this morning, I chose the topic of technology, and I got a more complex picture: how new technology has affected life inside residences for the extreme elderly.  It’s not all good. I know from my writing that technology is a double-edged sword; it gives things and takes something away.

The most important thing I learned in this discussion is that facilities like the mansion need to have a tech support apparatus of one kind or another. Almost all residents report software and other breakdowns and problems that no one is responsible for fixing. Quite often, the residents forget or don’t want to ask for help.

The maintenance director helps Nathan set up these devices,  but he is swamped with work and is not always instantly available to fix them.

The conversation – which started as a meditation – grew and deepened; it went nearly an hour, my most extended focused discussion at the Mansion ever. The residents said technology was welcome and necessary, but it brought frustration and a sense of being overwhelmed.

“I used to call my grandchildren and talk to them on the phone,” said S, “but they don’t talk on the phone anymore, and I’m no good at texting; my fingers can’t do it quickly. They don’t seem to know how to talk. It’s hard to talk with them.”

Their children often rely on e-mail now or texts; they call much less and rarely answer their home phones.  M said she got a table a month ago (we gave it to her), but she did something with the wrong app, and it hasn’t worked since. She’s ashamed to admit she messed up her tablet to the aides or me.

“They work hard enough,’ she said, “I don’t want to be asking them to fix a new machine somebody else bought, and I broke. And you were so kind to get it for me, and here I went and broke it right away. I wouldn’t expect you to get another one for me.”

(Another one is on its way.)

She said she missed having it dearly; she wanted a movie on it every night and listened to Beethoven, her favorite composer. Without it, she doesn’t sleep.

The other residents talked about password problems, systems freezing, the phone disconnecting from Wi-Fi, and other problems.

“We want to be able to communicate with the word,” J said, “but we need help; we can’t keep up.” It was a mixed message – they love these devices, but they also wear them down and make them feel overwhelmed.

Sometimes, G said, when things get bad, she knocks on a neighbor’s door, and they go into the dining room and have a cup of tea. “That feels awful good sometimes.”

I told them I had to bear responsibility for this frustration, I raised money for these devices, but I never followed through to make sure there were people around to help install, maintain and fix them. P, another meditation student, admitted that she got a device I bought for her, but it frightened her so much when she opened the package, she went into a panic and has never opened the package again. That was a month ago.

Help is on the way. We’re going to meet at the Mansion to figure out if someone on the staff  – or may a high school tech from the school’s technology program  -can volunteer to come to the Mansion once a week and help out. The school has always been helpful to the Mansion.

The topic was about being overwhelmed, and the tech discussion went on for so long we didn’t have time to get to anything else but a silent meditation of their own.  Every one of the residents thanked me and urged me to consider twice a week. I will; I love doing it. This is one of the most meaningful things I could be doing for the residents.

First, I learn to listen. Then, I know to help. Talking to the residents in this way, about the real issues they face, is critical. So are the puzzles and activities. But hearing them vet and think and talk to one another about their lives is a beautiful thing to do.

I passed our more meditation bracelets and necklaces (most coming from the Amish, and they were thrilled.