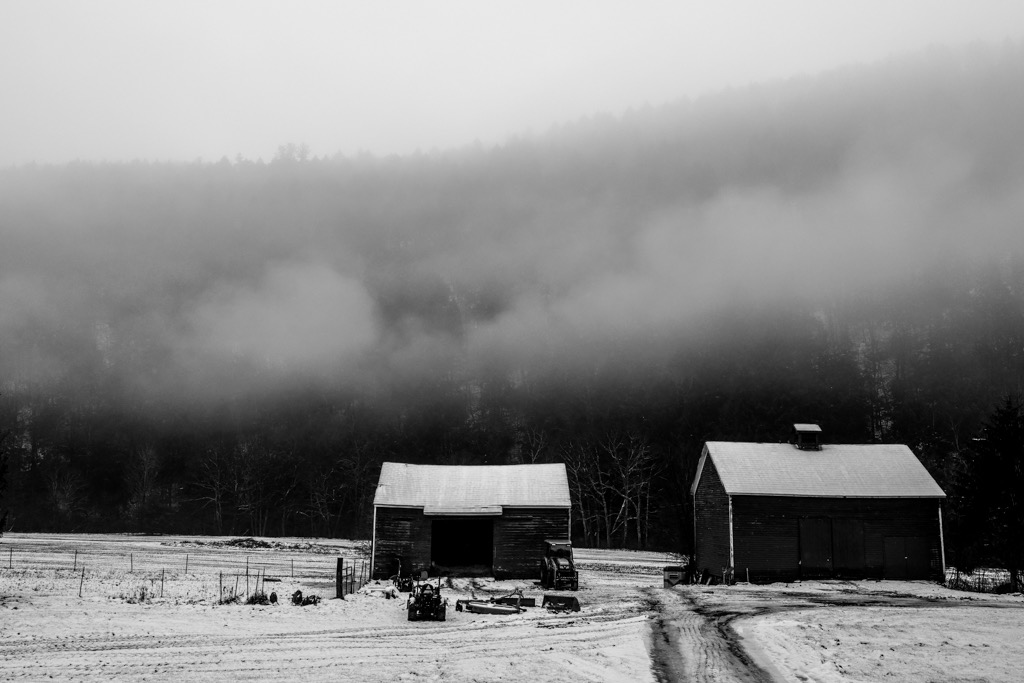 We drove for several hours through a nasty ice storm in Vermont; we got home safely and were grateful. I took my Leica, and along the way,

I decided that instead of gripping the door handle, I’d take out the Leica and try to capture some of the beautiful images surrounding an ice storm, especially the mist that rises over the farms and the hills.

I picked out four photos to share. Above were two red barns in New York State as we neared home. We didn’t dare stop the car during the first part of the trip.

The day was dark and gloomy and I didn’t want to brighten up the photos too much. These images captured the feeling of the day, at least for me. 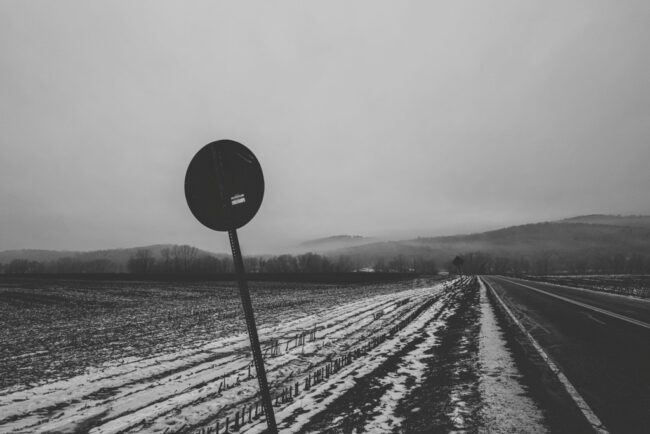 I’m a sucker for mist on the mountain photos. The fog hung over the mountains behind this cornfield; ice storms are magnificent, hazardous, like venomous snakes. 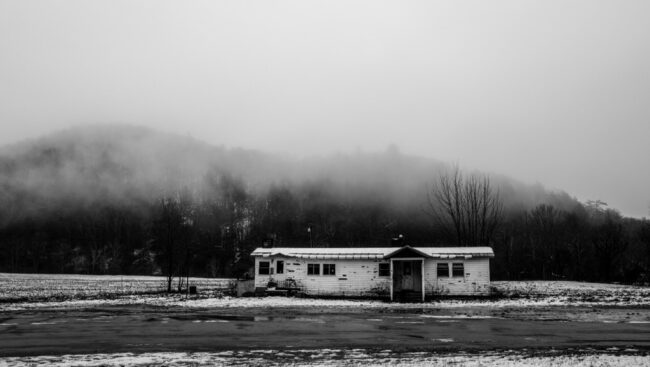 The State Line Diner sat on the border of Vermont and New York State and was once a popular place for tourists and locals to stop as they made their way between New York and Vermont and Washington County and Manchester, where Norman Rockwell painted some of his most famous images.

The diner was shut down and abandoned years ago, but it remains an evocative image and says about the perpetual waste, change, and loss that speaks about rural America. The mist behind the diner gave it a lot of feeling.

I always wonder if there isn’t somebody anywhere who could bring this building back to life and re-imagine it. 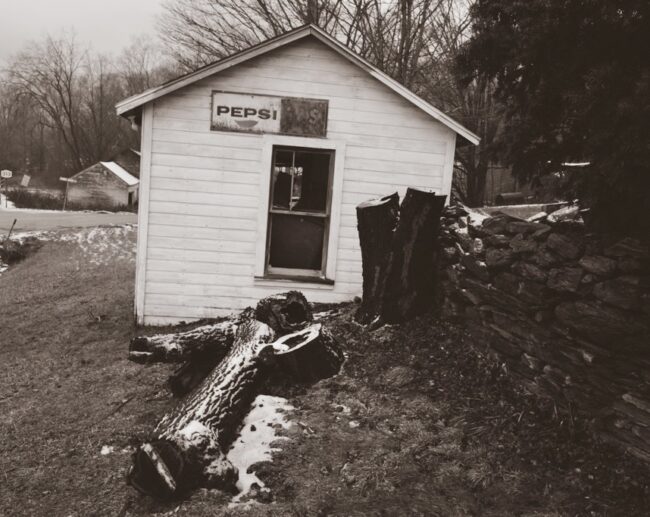 I love this old gas station with its” Pepsi “and “Gas” sign, sitting and topping by the side of the road. It’s an iconic image when you think about what gas stations look like now and how much space and energy and noise they take up and generate.

The simplicity of the American landscape is fading away fast.