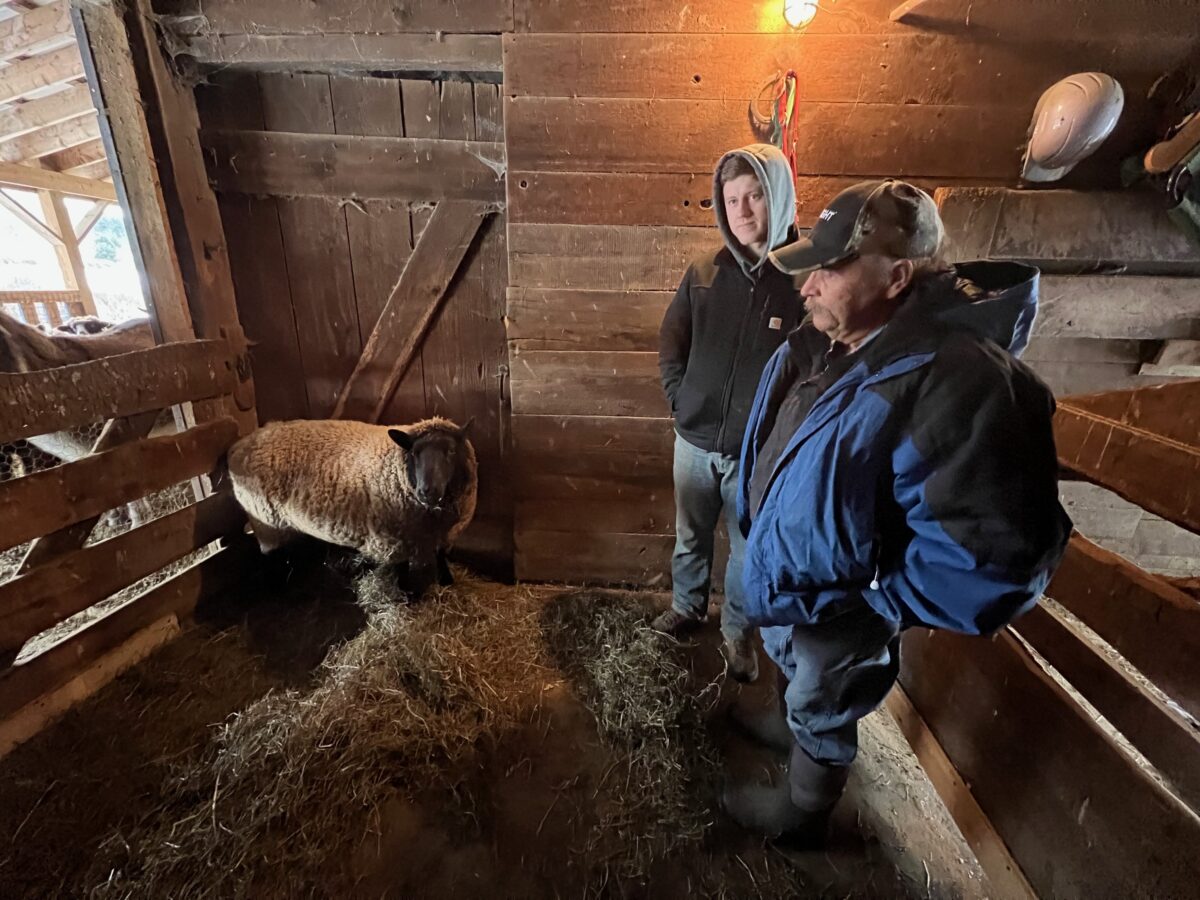 Jack Pattel, our large animal vet, stopped by today to check out Pumpkin and give us some more ideas about helping him. Dr. Pattell took his temperature – there was no fever – and said his eyes were clear and his stomach was not distended. He said he obviously wasn’t feeling well and suggested about a dozen possible things to feed him to stimulate his appetite, including molasses, sugar water, and glycerin. He also gave him an inflammatory shot.

He said he imagined Pumpkin’s stomach was hurting and said we were doing everything we could do. It’s important we get him to eat, and we’re still giving him Pepto Bismol. He doesn’t look good to me, but I’m not a vet and we trust Jack, who’s been doing this a long time, and has seen everything a thousand times.

The life of the large animal vet is difficult. They work outside in all kinds of weather and conditions. Some of the animals they examine weigh hundreds,  if not thousands, of pounds.

The animals can’t tell them how they feel or where it hurts, and there are few diagnostic tools to use out in the pasture. Sheep are notoriously difficult to assess and diagnose, they often die when they get sick. Jack thinks there’s a good chance to save Pumpkin and Maria feels he is getting stronger and eating a bit more every day.

Her latest effort involved pouring molasses on top of grain to get him interested in food again. He had a few nibbles. He’s remaining in  his own stall in the Pole Barn, he shows no signs of wanting to get with the other sheep.

Maria is in and out of the barn all day in the cold, trying to coat Pumpkin into eating. She’s confident and optimistic about his recovery. There is no talk of putting him down.