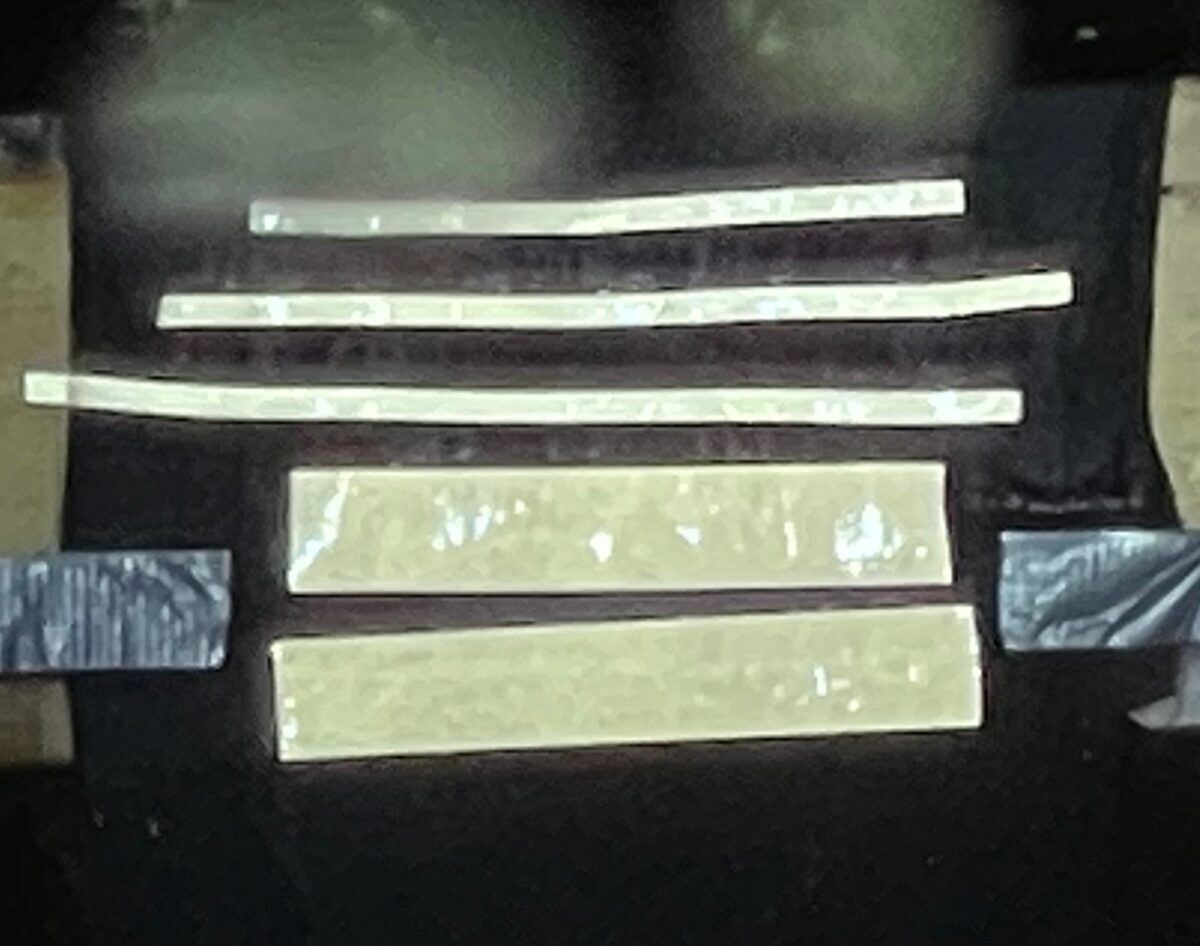 This week, I received several messages from Maria, one from a former town official and two from concerned residents thanking me for encouraging Moise and his brother-in-law to add bigger and brighter reflective strips to their horse buggies.

This morning, Maria saw these new reflective strips on a Miller buggy when she got up in the dark to pick me up at the sleep lab in Saratoga. She said they were just like the ones I gave him a couple of months ago.

You might recall that I spent a fair amount of time trying to gently Moise to add these strips to their wagons, and many residents have begged me to talk to him as they were afraid somebody would get hurt sooner or later.

There is a lot of out-of-town traffic around here and a fair amount of drunk driving and speeding,  much more, I suspect, than the Amish encountered further upstate.

I put the strips up on my raised garden and photographed them at night (above), bought some strips from a 3-D dealer in Canada, and handed them to Moise. They are new and innovative; they are invisible in the daylight and bright at night when car lights are reflected.

Moise seemed unmoved. First, the conservative Amish are loathe to change. The Amish buggies are considered a sacred religious statement in that faith, a sign of their independence and separation from “English” rule. 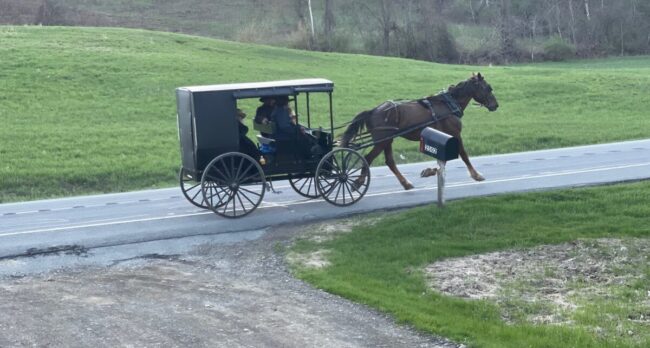 Moise did get more interested when I told him local people feared for their safety and his. He doesn’t wish to be the source of worry or harm anyone.

I also decided not to pester or question him about it or nag him in any way. It is up to him, not me, and I am committed to respecting his wishes, whether I agree with them or not.

A town official messaged me today and said she was
thrilled and relieved to see the multiple reflective strips – invisible in the daylight – affixed to the back of the carts.

Several people told her I was the reason for this change, and I can’t say for sure that this is true since I haven’t spoken to Moise for a while, and he didn’t discuss the strips any further with me.

As described, they are just like the ones I bought and gave to him. But I’m sure other people spoke to him as well. Good for them.

Moise promised he would try the strips out, and hopefully, this is what they did. He is a man of his word. They are five or six times more powerful and visible than the light kerosene lamps previously attached to the buggies.

I hope this is what it seems to be, and I’m proud if I played any role in it at all. I love the Millers and their children and would hate to see any harm come to them or to the drivers and residents who run across them on these very dark country roads, which have been so welcoming to them.