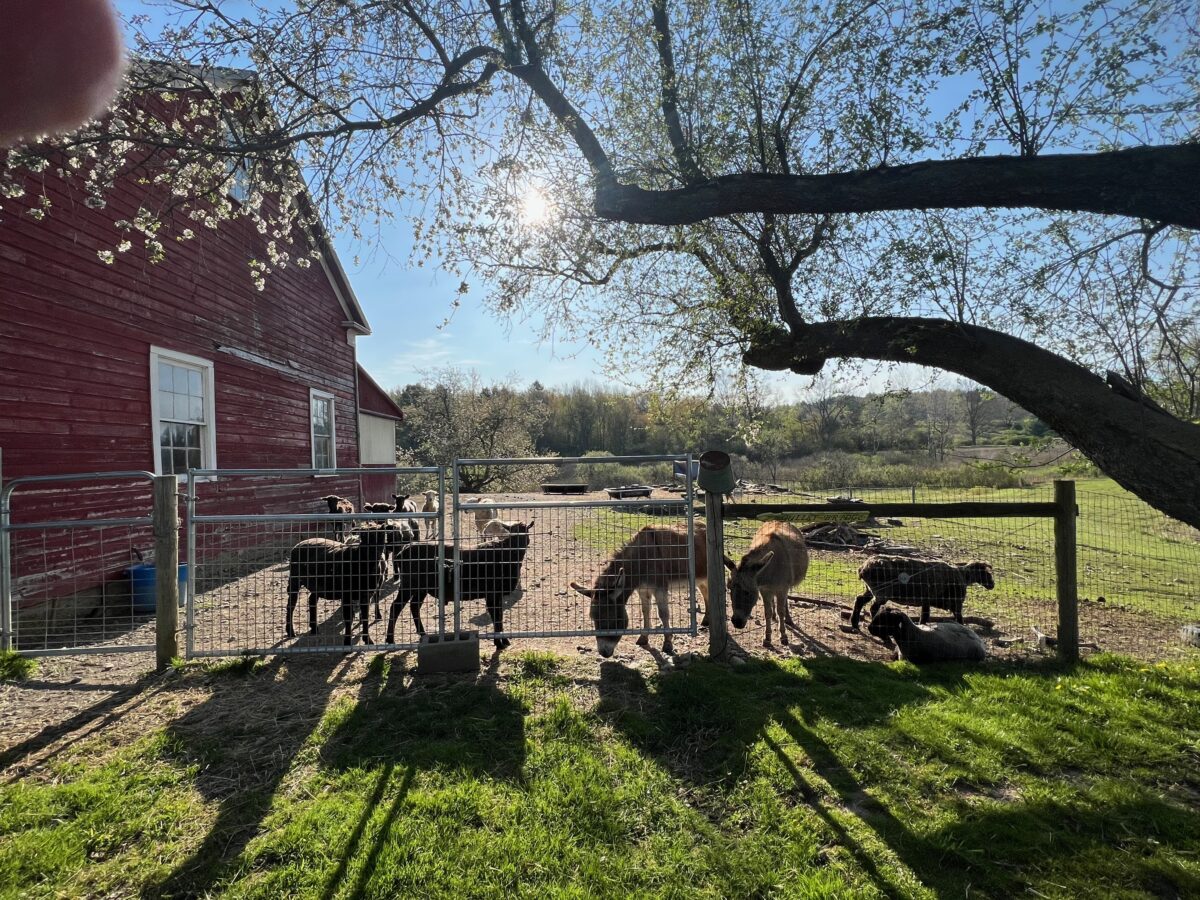 I went to sleep early last night and got up early, just after 5:30 a.m. Maria got up too, and I proposed taking her out for breakfast; she’s had a tough week and needed a break. She jumped at the idea.

We went to our favorite breakfast, and both of us had veggie omelets, the favorite food of the American Heart Association. They were good, mine had green peppers and spinach.

(The photo is of the animals in the early morning, I call them the Peanut Gallery, they all gather by the fence and whine and bray and baaah and bitch until one of us comes out and opens up a pasture gate. They are neither patient nor thoughtful in the morning; they want to eat. Maria is the same way; she gets pretty grumpy if she doesn’t get breakfast soon.) 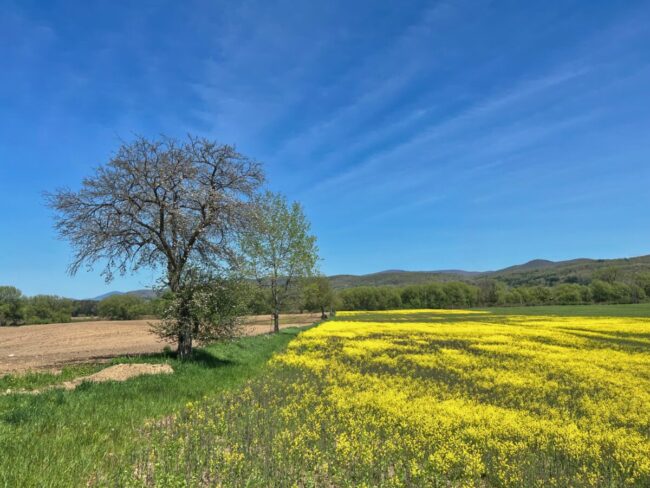 (I love this image of two different pastures planted with two other things, a row of trees marking the boundaries between them. I put up one version of the pasture this morning; I got another later in the afternoon. I love the feeling of these two very different pastures and the line of trees that separate them. You might remember the shot from the winter.)

We then got home and got an early jump on work.

When I got home, I spent some time with Flo, our barn cat, and the first cat to seduce me. I think she is declining rapidly; she is sleeping all the time now and is struggling with the heat. I don’t think she’s sick; she’s getting old and really slowing down.

She seems in decline to me. We don’t know how old she is or where she came from, but I’m getting a strong sense that she is approaching her last days. She is unbelievably sweet and affectionate for a barn cat, and she and Minnie, who is 15 years old, are inseparable.

I had to go to the chiropractor in Bennington today; I think I have some injury involving the rotator cuff in my right should. Our skilled chiropractor, Nancy, says it isn’t torn but strained. She gave me some new exercises at home and in the gym. It’s hard to reach down or out. She says it will take time to heal up. 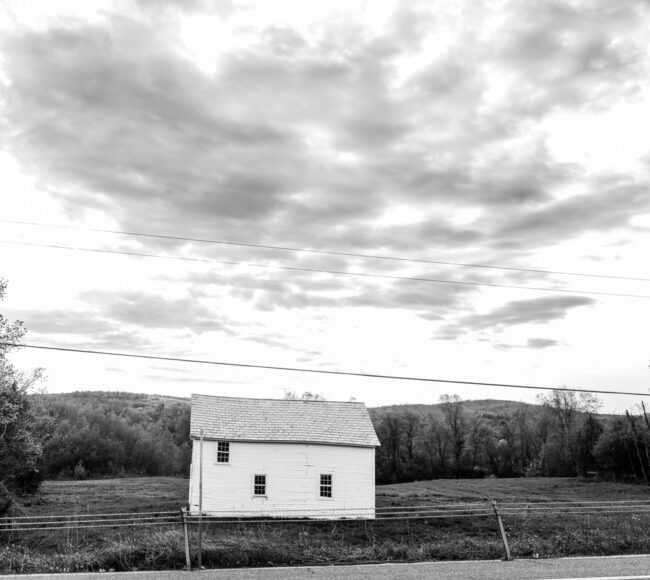 (When the first clouds came out over the yellow barn, I was driving by and I pulled over to get the shot. I couldn’t resist it. I need to be very careful crossing that highway. People really come flying by.)

While in Bennington, I got some new plants for the fish tank. I dropped off some books to friends at their house – I love giving books to people – and then picked up some Asian food (takeout) to bring home for dinner.

It will be in the 80’s the next few days, and I’m planning on staying out of the sun as much as I can, except for picture taking. We got the fans out—no ball throwing to Zinnia, who struggles in the heat like me. 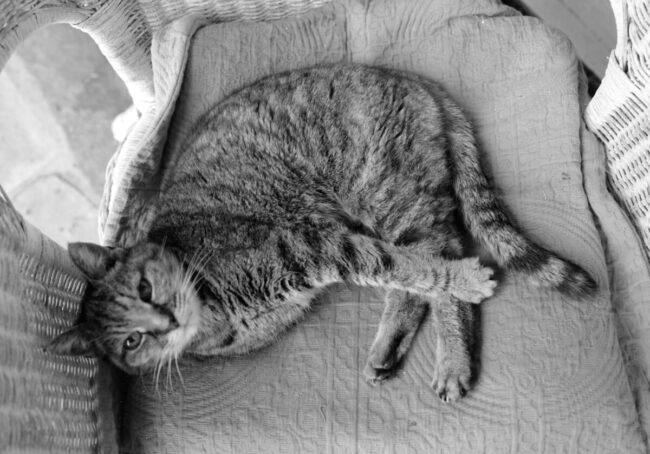 (I have the feeling Flo is failing. Sometimes I’m right, sometimes wrong, and I have no magical powers to predict the future. I would miss her. I leaned over to say hello, and she looked into my eyes as if she was trying to tell me something. I could feel it.She usually gets up for a scratch, but not this morning.)

Just as I got into pictures of clouds a couple of weeks ago, they disappeared. There hasn’t been a cloud in the sky all week – until today. The cumulus clouds began to reappear in the afternoon, and I kept stopping on the way home to take some cloud photos with the Iphone 13 and my Leica. 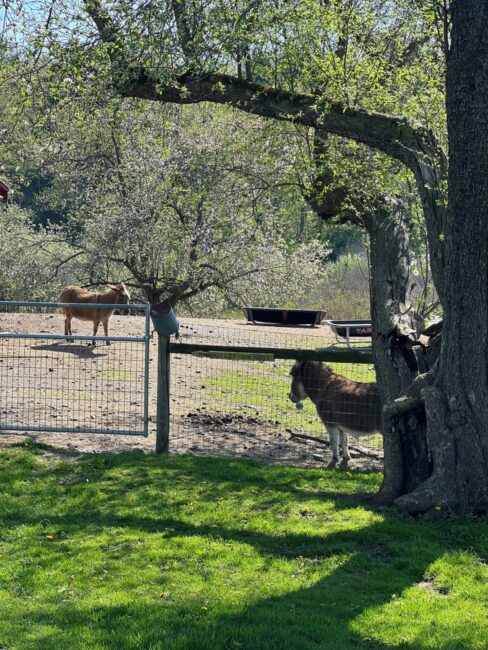 (In the heat, the donkeys stay still, one in the sun, one in the shade. They seem to me to be meditating. It is calming to look at them for a minute, even in a photo. Try it.) 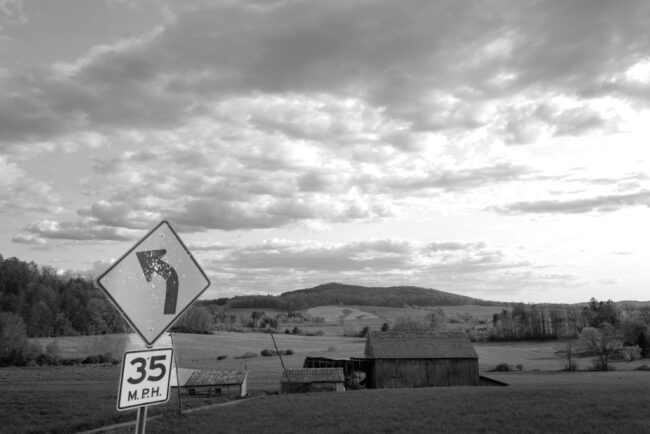 (Driving through Vermont on the way home from the chiropractor, I saw the first cumulus clouds arrive over a barn I love to photograph. I am thrilled to see the return of the shadows. The hot air is running into cold winds, lots of could being born.) 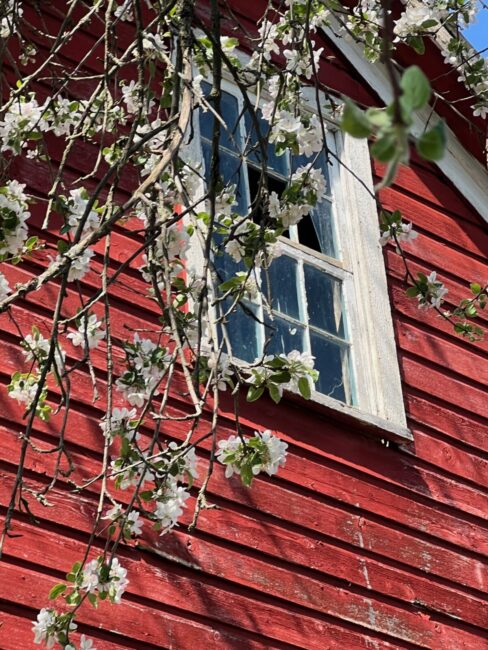 (The apple blossoms make the whole farm beautiful, especially when up against an old red barn.)

See you tomorrow, I can hardly believe it’s Friday again.