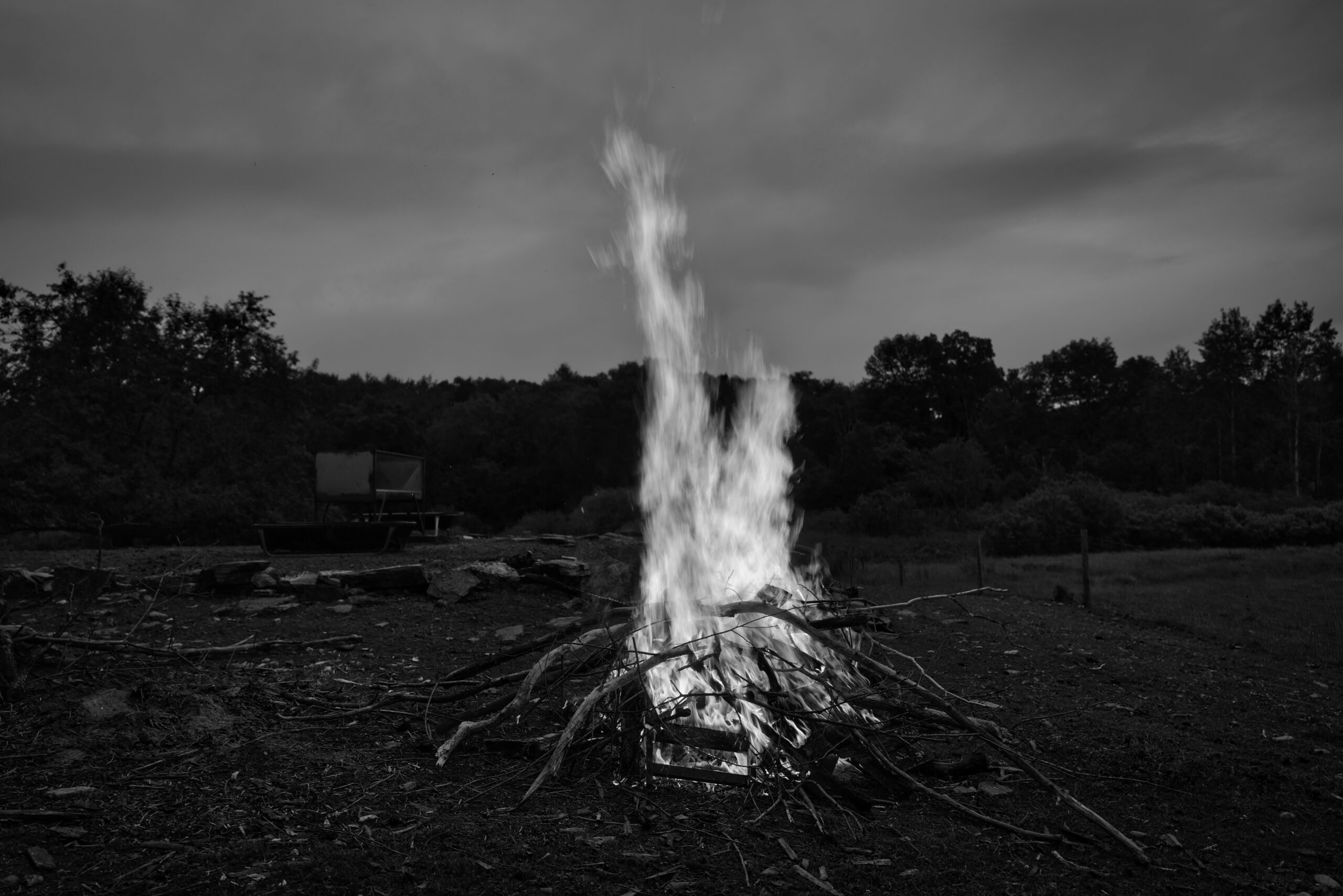 The summer solstice marks the longest day of the year and the beginning of the astronomical summer; it occurs when the earth is at its maximum tilt towards the sun. The world experiences the most extended period of sunlight, and the sun reaches its highest point.

One of the most special rituals for Maria and me is the summer solstice, which occurs today, and the winter solstice, which marks the darkest and shortest day of the year. We wave twigs, broken chairs, and fallen limbs all year and put them in a pile. 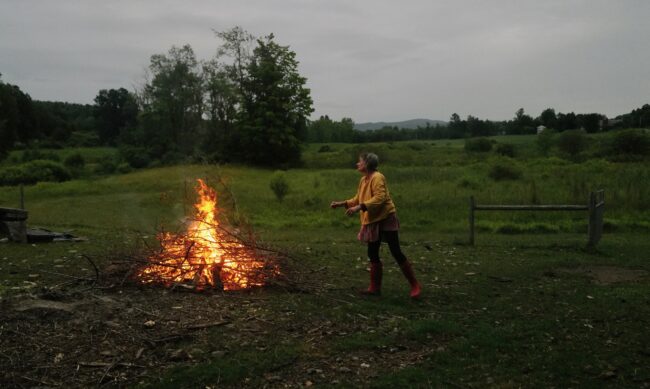 On solstice nights, I cook dinner, and Maria goes out and prepares the fire, which she loves to do. After dinner (sometimes I bring the good out), we sit together by the fire; Maria is up and down like a scout feeding the fire and moving the twigs around, something I used to do.

The sheep and donkeys scatter when the fire is lit, we don’t see them until it’s burnt out. Fate sits next to the sheep in the barn, and visits us. Zinnia lies down behind my chair and stays there. 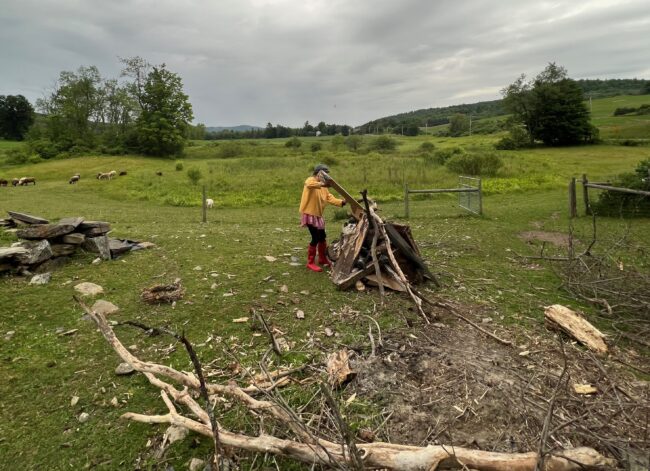 It is beautiful to see and do together; I usually come in first after an hour or two, and Maria sits alone by the fire by herself and Fate. If she could sleep out there under the stars, she would. This is very special for me and makes me grateful for my life.

The Summer Solstice began as a pagan ritual, it is also known as Litha.  There is a song called Celebrate Summer by Crow Women which depicts pagans greeting the solstice dawn, dancing and drumming throughout the longest day.

It brings both of us closer to the people who came before us.

It was not a simple ceremony; their farms and lives depended on it. But it was a joyous celebration, the season of planting and growing and feasting.

People have farmed our land for hundreds of years; I can imagine them sitting in front of this fire and preparing their crops for the new season. 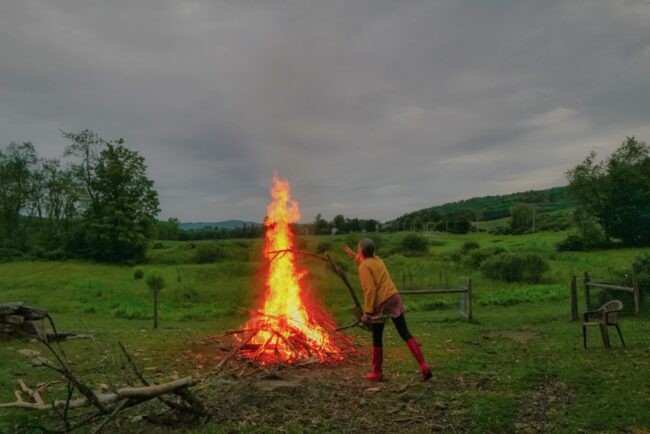 (Fueling it as the flames soared.)

Over the years, we’ve honored the solstice; Maria has worked hard to learn how to build a fire, keep it going and be safe. She puts old cardboard deep into the center of the sticks, pours some gasoline on it, and then waits a while and tosses lit paper onto the pile.

The flames shoot up from the middle, and the fire is off and strong. The fire is her work and passion now; I get to help out now and again and watch. I’m not that great at stuff like that, but I love to watch and help. 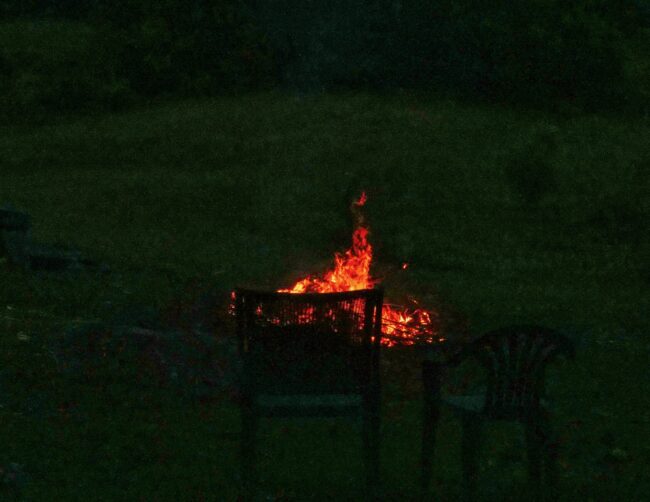 Fire winds down at 8:45. It’s raining out. We’re already saving twigs for the winter solstice. I’m thinking about what to cook and what pictures to take.