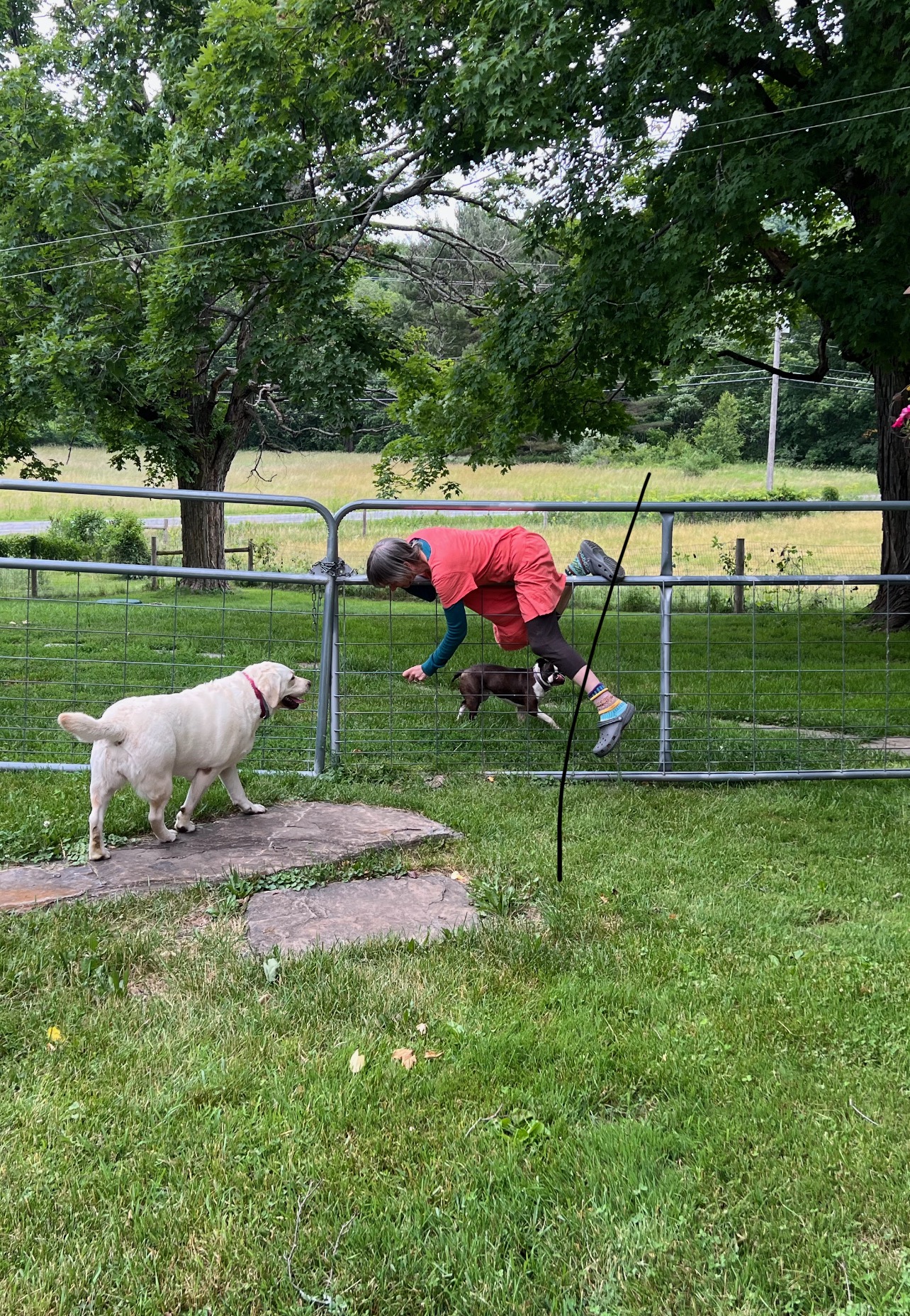 I don’t understand how Maria, who moves around the farm like a gazelle or chimpanzee, could have ended up with a clumsy oaf like me. I love to be outdoors, and I love walking, but I am pretty useless beyond that.

There are two kinds of people in the world: people like me who stop and move chains and carefully open gates and people like Maria who go through them.

I was hauling a box of rocks for my new garden bed out of the pasture, the box was heavy. Maria worried about my injured back and came out of her studio to help.

Without pausing, she squeezed through the narrow opening at the top of the gate and walked over to me. It looked as if she just melted through it.I had my camera out to take a photo of the dogs and I did a catch her coming through the fence.

I was surprised. I  had never seen her do that before – it turns out she does it all the time – and it is something I could never have thought of doing or attempted to do at any age.

For her, it was as smooth and easy as walking through a door. She was meant for a farm, nature, and making fires on the Summer and Winter Solstice. She is as comfortable walking through the woods or climbing up a tree as she is anywhere. I suspect she could have been an Olympic gymnast or something.

I am well aware that I am lucky to have her as a wife, lover, and partner. But she never fails to surprise me.

She saw the surprised look on my face and said, “what?”

“Did you just squeeze through the top of that gate?” I asked.