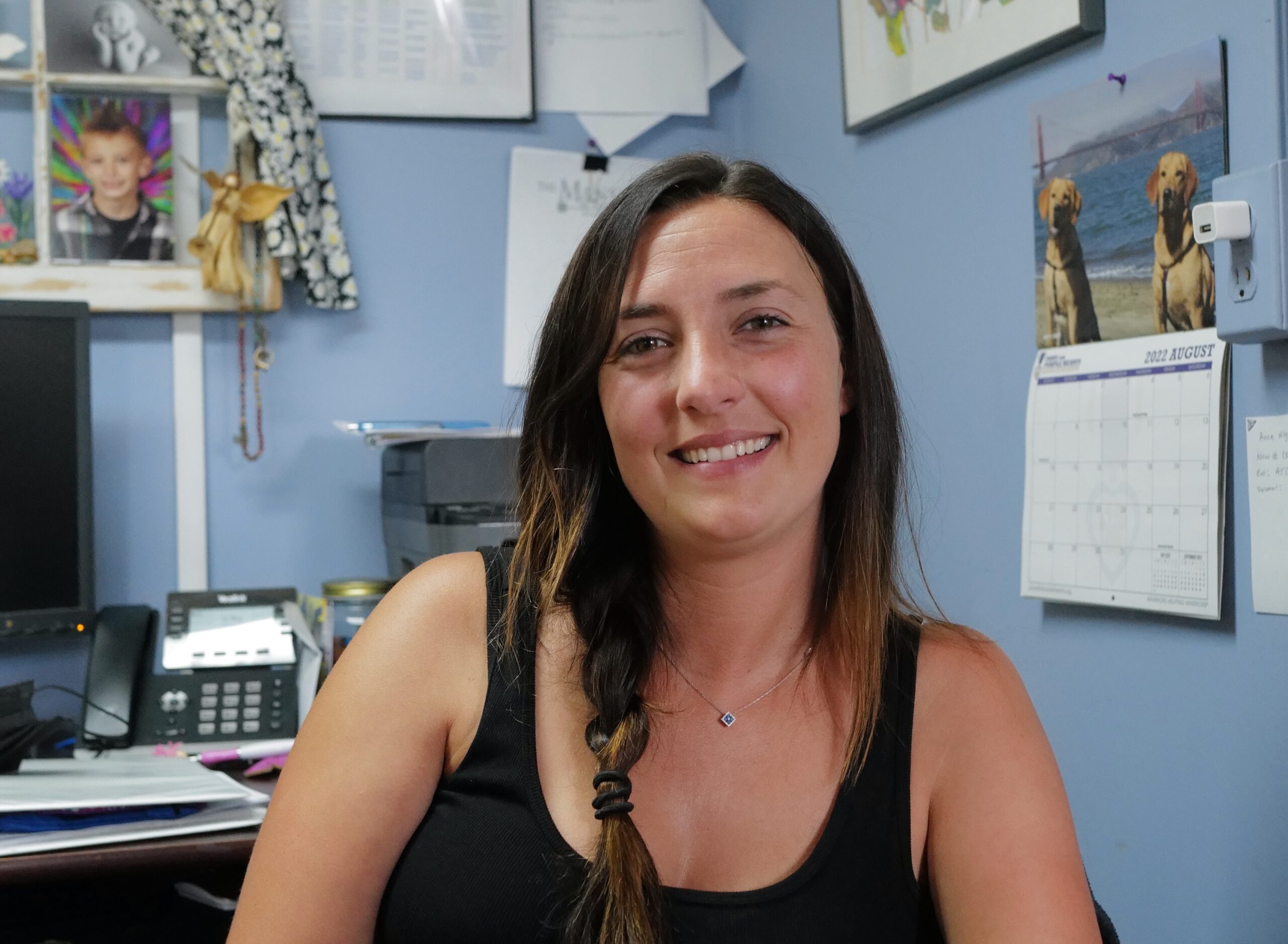 Kassi Gormly is a young, poised, an almost inhumanly patient person who happens to be the director of the Mansion, arguably one of the most challenging (and complex) jobs I’ve ever been near or witnessed.

The Mansion is a Medicaid-supported assisted care facility in Cambridge, one of the very few in New York State, or increasingly, anywhere.

I don’t have the space to list all the challenges inherent in this work – Medicaid rules and federal inspections, New York State rules and reviews and inspections, fearful and worried families, grumpy and aging residents (the rules are listed in telephone-sized books).

The state and federal inspections I’ve witnessed have been sadly adversarial, more like police drug raids than institutions trying to help these beleaguered facilities function and survive.

When inspectors arrive, everybody freezes. There are lots of questions.

Kassi has no complaints about these inspections, but some of the aides do.

It feels like a “gotcha” sometimes, and these are not simple or lucrative institutions to operate.

Kassi also has to deal with between 20 and 40 residents who live there with memory or physical disorders and problems. When any resident or family member has a problem, they go to Kassi.

Several times a year, state health inspectors swoop down on the Mansion unannounced, often cold and challenging, looking for signs of any failure to follow hundreds of potential rules and regulations and investigating any complaints,  however ludicrous and unfounded, including those from people with memory problems or anger and anxiety issues.

I see the fear and tension on everyone’s faces, which is disturbing. Aren’t they on the same side? I know some institutions have grossly violated some regulations, but I know the Mansion is diligent and caring.

People work hard there, often to the point of exhaustion.

Then there are the families to talk with and the resident’s often tricky financial situations. Kassi’s office is piled to the ceiling with paperwork.

The staff is underpaid and often hard to hire, most Medicaid facilities are underfunded, and the residents are sometimes difficult,  frustrated, and demanding. They also seem very attached to the place.

It is not easy to be old; it isn’t easy to care for the elderly.

The paperwork, medical, financial, and regulatory, is simply overwhelming. Because Medicaid has not raised its payment rates in years, while health care costs shoot through the roof, these institutions are economically challenging and often struggling.

I don’t know about the Mansion’s finances; I don’t ask. I keep strong boundaries around my work.

I hear a lot of talk from the staff of how to help the residents and make their lives easier or better. 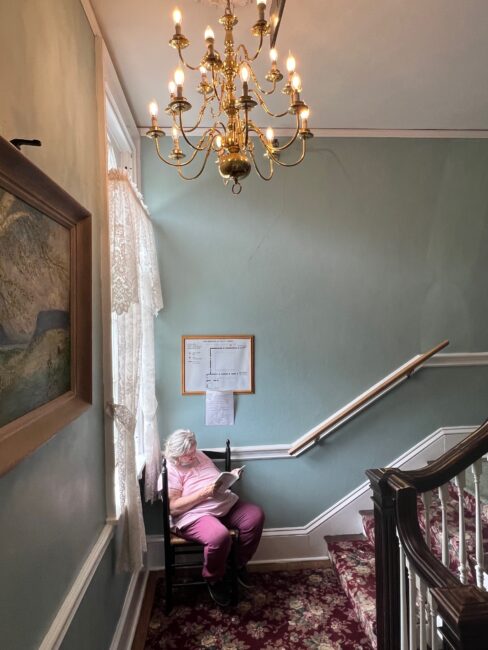 (I call her “The Reader,” she sits in the corner by the window all day, every day, reading. Once in a while, I slip her some books. Her name is Gerry.)

In all this, Kassi, the mother of two small children, keeps grounded, courteous, and in control. If she loses her cool, I’ve never seen it, and she never shows it. And she’s had some brutal days in the past few years.

It is not a job I would survive in for ten minutes, but she handles it graciously and without losing her temper.

I am sometimes in awe of her since this evenness is rarely true of me. She is often seen moving around the Mansion and talking to the residents about their needs, complaints, money, and well-being.

I’ve been working as a volunteer at the Mansion for five or six years, and I realized this week that I haven’t sat down and talked with Kassi for nearly three years since the pandemic started.

We see each other often and say hello, but I am wary of bothering her. She does her work, I do mine, and we generally stay out of one another’s way.

Kassi says she loves her work, and I believe her; I guess you would have to. I couldn’t handle it. Her warmth shows up in her portrait, and portraits never lie.

I made an appointment to talk with her and went over it this morning with Zinnia. Kassi loves dogs.

We had a good talk.

I told her what I was doing to ensure she was aware of our work and approved and also to find out of she had any needs I could help with.

I told her that now that the pandemic was easing (she is coping with the latest health department inspection, in which any one of 2,000 things can go wrong), I brought Zinnia since I get in big trouble when I go to the Mansion without Zinnia.

I said Maria wanted to be more involved, especially with working with the residents on their art and craft projects. She was delighted to hear that.

I told her that I wanted to re-invigorate and re-imaging our work with the Mansion now that things were opening up.

One phase was my meetings in the activity room, meditation classes, and men’s groups. I’ve also been supporting the re-design of the room itself. We’ve gotten tablets for the media center.

She is familiar with both of those classes and says she is grateful for both of them. She urged me to keep going with both; the meditation class is widespread, and the men’s group will take some time to settle.

We talked in detail about the needs of men in assisted care and how the group might help.

I said these were the most challenging times financially since we started the Army Of Good, and I wanted to be thoughtful but keep the work going. I had no doubts that I could. I am keenly aware that many people are hurting and under pressure.

She was happy our Wish List was cleared this week in one night, as was I.

I said I wanted to help the activity people – Paryese and Bonnie – set up outings in the warm weather so the residents could get out more. I am where people go when they have no winter clothes, proper shoes, pajamas, bras, underwear, or toothpaste.

Those are not expensive things, but they really matter.

These outings will not be inexpensive trips; they will all be to local sites, parks, and museums. Like everyone, the Mansion is wrestling with the soaring costs of just about everything.  They will need our help.

Travel to and from outing sites could be the most significant expense; they would need vans for the trips. The planned outings are inexpensive and close, and I am confident we can help.

We will try to support as many of the outings as we can.

Donations come in when asked but have understandably declined sharply since the war in Ukraine and the resulting inflation.

Every single thing is more expensive than it was. She understands our small acts of great kindness philosophy; most of the Mansion’s needs are small. We’ll get through it. Everything I’ve asked for has come through.

I’m very careful about what I ask for.

Another focus of my work is the therapy dog work with Zinnia, which is getting back into a good rhythm. I want to bring here there two or three times a week to make individual visits to the residents, some of whom rarely leave their rooms but most of whom love dogs.

I can’t convey how much this means to people or how good and intuitive Zinnia has gotten.

This work is so crucial at the Mansion. Therapy work with dogs is what brought me there in the first place.

Talking to Kassi helped connect me to the Mansion and the work that goes on there. It also helps me explain it to others.

The residents relate to Zinnia powerfully, and she does so much good when she appears there. She brings smiles to every face she sees.

I asked if Kassi could approve my working with aide Tania Woodward in spotting the needs of the residents – toothpaste, clothes, razors, warm blankets, and shoes in winter. Tania and I work well together, and she knows the residents and their needs. Kassi said that was a great idea.

She is as impatient to get things done as I am.

She’ll let me know when the residents are in need; we’ll work together to get them help.

I thought this was a great meeting.

I appreciate Kassi’s openness to my work, Zinnia’s, Maria’s (her popular art classes), and the Army Of Good. She understands my need to take photos of the residents and has obtained permission from them and their families. Only one resident declined. I am careful not to photograph her.

I am committed to this work; the longer I do it, the better I get at it, the more I know, and the better bargains I find.

Seeing Kassi for more than an hour after their long and frightening pandemic ordeal was overdue; I want to do it every few months. I want to help them strengthen again and help the residents escape their isolation and shells. 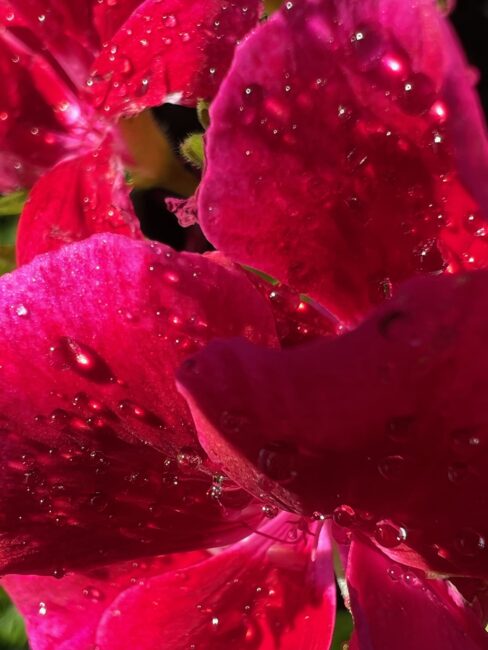 At times, the Mansion seemed shell-shocked, like soldiers after a long and exhausting battle. We helped all we could. I thought Kassi and her staff were heroic.

It’s a lot of work to be doing. But it’s good work, and it brightens my soul.

Doing good is the best thing we can do in these edgy days. It’s good for us, and it’s good for them.

I hope it does the same for those who support it, and thanks for your support. The speed with which we wild out the wish list this week affirmed my belief that you are all still there and eager to do good. Thanks, and thanks.