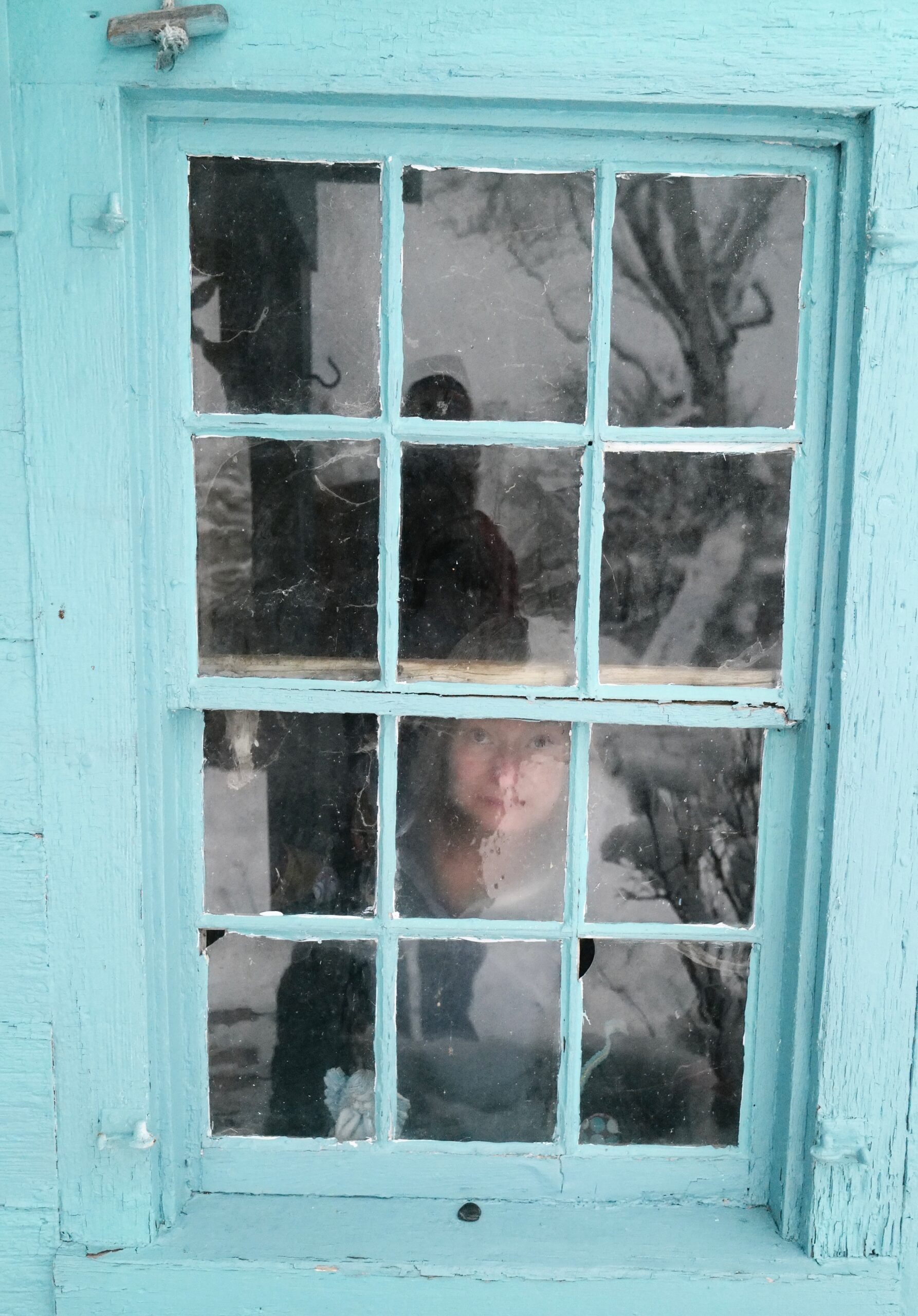 Maria had a neat adventure while snowshoeing in the deep snow with Zinnia and Fate and visiting her Pine Cave out in the woods. Sometimes I wonder how we could possibly have fallen in love with each other, but we did. You just never know.

I was out in the snow myself, plodding and stumbling through the snow and ice, and I heard a tapping from the woodshed window, which startled me.

It was Maria, waving hello and yelling at me to put my books on in the heavy snow instead of wearing an open-toed surgical boot. It was a little spooky to see her face through the old window glass.

She had a point about the shoes. I hobbled back into the farmhouse.

Maria told me she was in a lot of snow when the part of the snowshoe that holds the foot broke off. She sat down and took off a shoelace and tied the snowshoe to it, and got back. Such a thing would never have occurred to me, but then I can’t imagine myself snowshoeing either.

For me, this would have been a major drama. For her, it was just another walk in the woods. 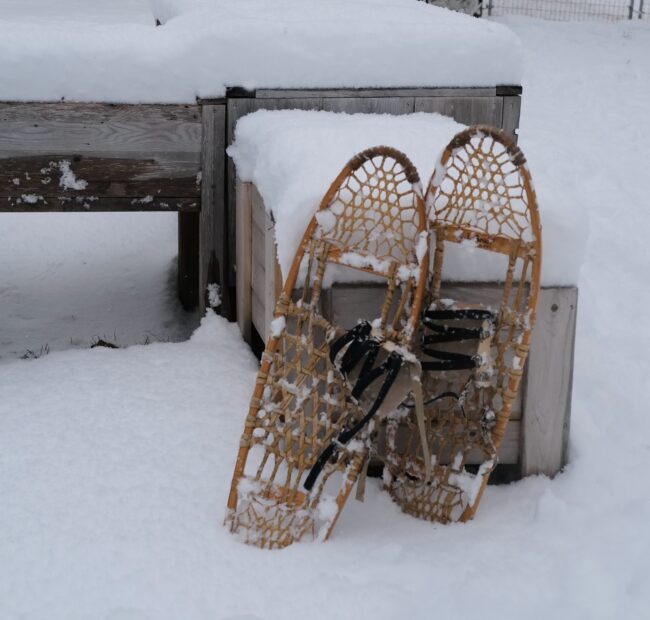 She wasn’t the least bit rattled by it; she thought it was a lot of fun. All I can say is I married well.