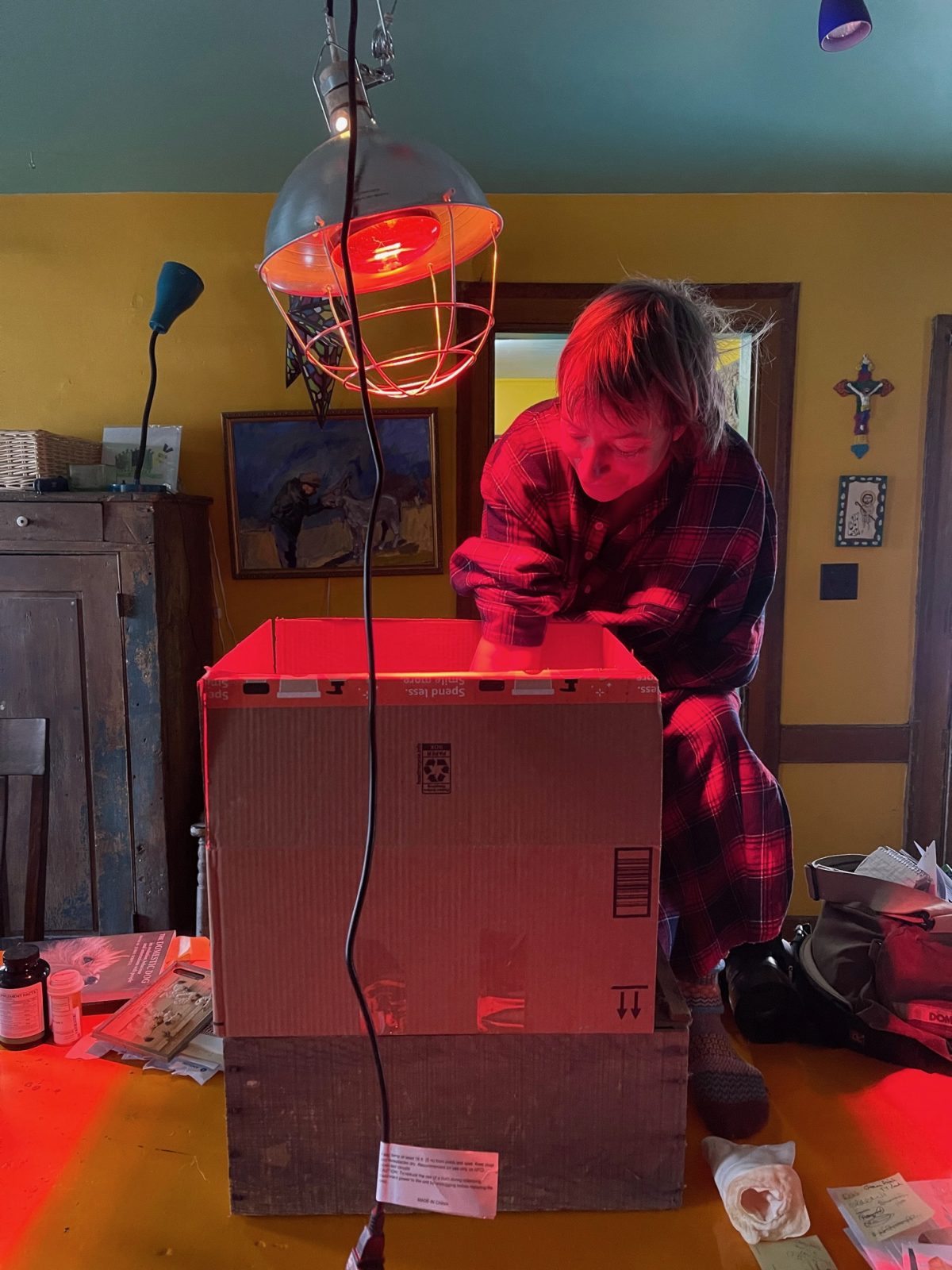 I came downstairs to this sight: Maria standing on the dining room table in her nightshirt (once my nightshirt), which she had magically converted to a chick station. She was singing to them and feeding them out of her hand, on which she had placed some chick feed.

She built quite an ingenious chick next last night using a heating lamp from the barn, some cardboard and cables.

It was a classic Bedlam Farm sight, one that lifts the heart and sings its own song of life. I had to do a video so you can see it for yourself.

The chicks are named Kitty and Anne, after two of our friends.

Come and meet our new baby chicks. We are in a cold snap so they will be joining us for dinner for a few days. Then, hopefully, the barn, although I like the peeping.

Zinnia met the chicks at the radio station yesterday and gave one of them a lick. Bud has been stalking them ever since he heard the peeps. I like the peeps, they sound like Spring. Come and see Maria bond with them.