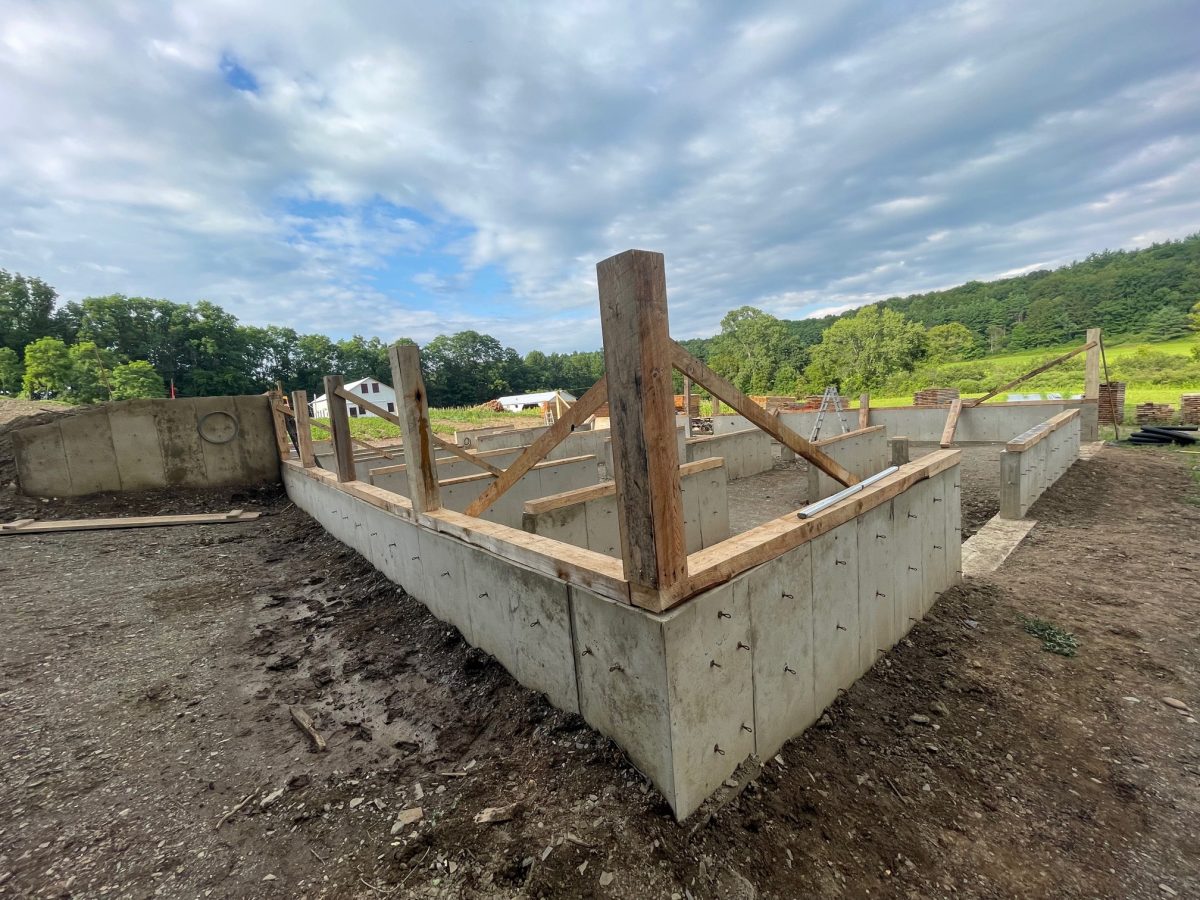 I waited until I saw the smokestacks which signaled dinner and walked over to the barn construction site, I’m enjoying being on the site along, there is some spiritual mojo there.

The surprise of the day was the posts and supports for the outer walls, trim and perfectly set as usual. Moise got some reinforcements. today, from his former home. 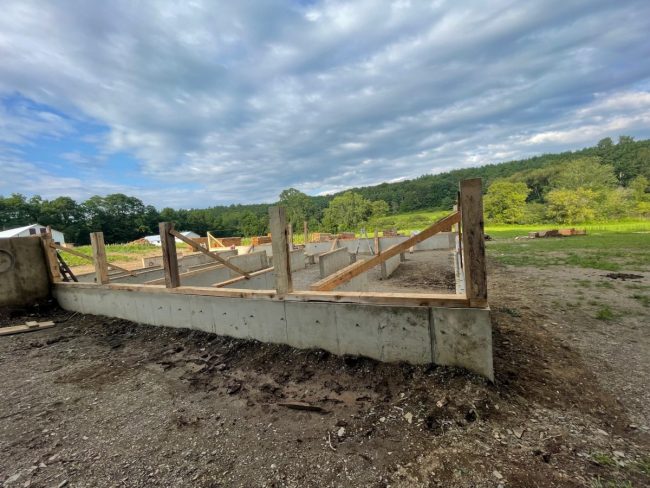 A van load of Amish men arrived from Canton, New York about 3:30, and a site foreman also arrived from way upstate also.

He will oversee the finishing of the barn, with Moise at his side.

This is the first wave of outside helpers. I didn’t get to speak to them all, but they are from far upstate New York, near the Canadian border.

They all got out of the farm laughing and joking. More are coming tomorrow.

Another load, a bigger one,  is arriving Friday from different communities, and the full contingent of Amish workers will be here by Wednesday, the official day of the Barn Raising.

The barn raisings are announced at church, but nobody knows who is coming until they show up.

This group was having dinner at the Miller’s, tonight then going to various Amish and other barns to sleep – no motels. They’ll be here first thing in the morning to finish the outer wall posts and beams.

From now to Wednesday, the pace will pick up daily, culminating in the crowning moment of a barn-raising, the building of the roof. That’s just one week away, next Wednesday, July 28.

I’ll be going by the site every day, I don’t know if I’ll be able to take any photos at all starting tomorrow. I’ll ask if it’s possible when all the workers have gone away to rest and eat.

I saw Moise briefly this afternoon, we did our usual smile and wink. Moise doesn’t smile all that much, so this has some meaning. I brought another bag of dog food for Tina.

I imagine Moise must be exhausted, but he doesn’t look tired at all. He seemed delighted to welcome the new workers.

The girls were a little frazzled when this vanload of men descended on their kitchen. I didn’t go inside, I just dropped off my supplies and ice cubes and came home.

After an hour,  I drove by and took these photos of the new posts. Nobody was around except the two big draft horses, who whinnied when they saw me. Perhaps we are becoming friends.

I can’t believe what Moise and his sons and two draft horses have done. 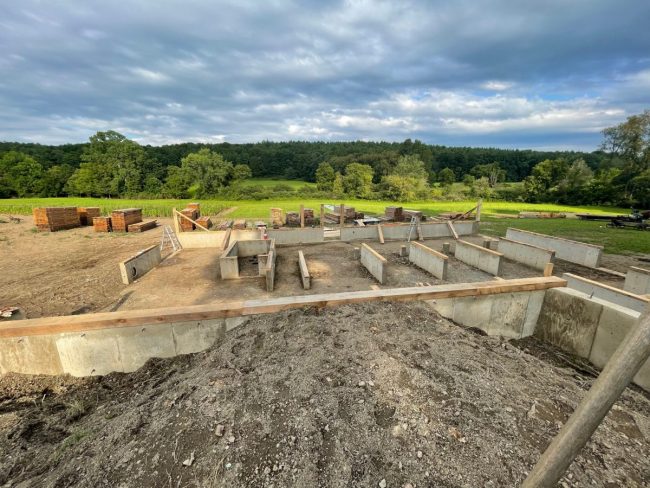