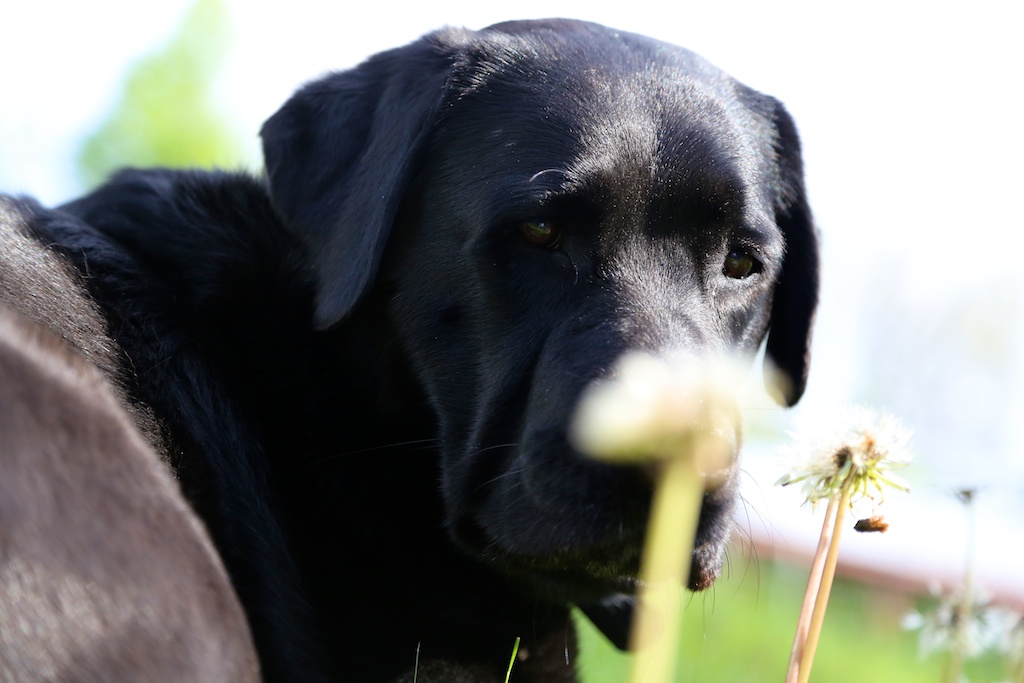 George only took Jake out at night. He adored the puppy and hated to be apart from him so much, but things were getting bad and he was getting desperate. He had become increasingly furtive, lying to his wife, kids, friends and neighbors. There was no one he could trust anymore. He was a haunted man, always looking over his shoulder, unable to sleep, go out, talk to anyone. His friends never called him anymore, nor he them. They had stopped e-mailing one another.  It was for their own protection. They were all  frightened even to go online and talk to other dog lovers, who pursued and attacked them mercilessly. There were informers everywhere.

George had paid careful attention to the dog patrol’s routine, and they swung by at almost precisely the same times every day – 9 a.m. and then 3 p.m.  They had stopped by several times, looking through the house, listening, scanning the ground for leavings and marks. An informer had told them that he had a dog, the officers told him roughly.  A bought dog. They had big red jackets and patches which said “Therapy,” “Rescue” and “Petsavers.”

The informer had said the dog was a purebred Labrador Retriever puppy. Was this so, they asked, as they had before?  No, said George, a lie, not true, he had once had such a dog, but that was in the other time, when people could get dogs any way they wished, when they could even – he lowered his voice – buy them from anyone they wished. When different choices were permitted. He had always had healthy, happy dogs, he thought, but did not say that out loud. No one wanted such dogs now.

At the end of the Other Time, the breeders had all been finally driven out, moved to Mexico, were hiding in caves in Oregon. Dogs that were not rescued or abused quickly vanished, as the idea of dogs as sad and piteous creatures grew and became the dominant idea about them. At first, it was blasphemy to buy a dog. Now, illegal. At first, it was said that no one should buy a dog when so many were free. And then, no one could afford to buy a dog when there were so many for free. And then, there was no one to sell them.

George could see that the officers were suspicious, did not believe him. They had searched the house and grounds a dozen times and found nothing although their dogs picked up scents. Old ones, he insisted.  Over the past few month he had moved Jake further and further back from the house, in an abandoned fox den out in the woods. George told no one about Jake, lied to everyone, said he had put the dog down, or shipped him off to Canada, where people were still permitted different kinds of ideas.

George  knew his options were limited. He was running out of time for his dog.  Jake was not rescued. He was not abused. He did not come from a shelter. Or an online rescue group, the only approved ways one could get a dog. In a mad and obsessive impulse, George had looked through old and now forbidden dog magazines, saw the photos of the Labs, went to secret chat rooms online, then driven to a small town in Maine, just below the Canadian border and paid $50 for Jake from the last breeder in the Northeast. The man took the money and then said goodbye, climbing into his motorboat and setting a course for New Brunswick. It was said that there were a couple of Newfoundlands there. And people couldn’t tell you what to do, was the rumor.

The deadlocked Congress had not passed legislation in years, but had unanimously changed the dog laws. There were millions of dogs in no-kill shelters, more coming in from all over the world. It was now a crime to put a dog down for any reason, and dogs could only be purchased by no-kill people for no-kill homes from no-kill shelters,  the only kind that were now legal.  Older dogs were placed in assisted care facilities and nursing homes where they lived on medications and machines for many years more than dogs had ever lived.  All dogs had universal national health care. So there were tens of millions of dogs spending their lives in shelters, and Congress was considering passing laws requiring you to take three if you wanted one.

The working breeds were all gone now, George knew. The border collies, the Labs, the Retrievers, Jack Russell’s, even the Pit Bulls. No more breeding. No more herding. No more hunting. It was wrong to get a dog anywhere but from a shelter, was the thinking, and so it had become law.  There were now more than five million dog play groups in the U.S., many of them meeting in schools and child playgrounds, almost all shuttered by decades of budget cuts and political stalemates. The parks were filled iwth people wearing patches, and dogs wearing vests with various slogans – “Abused,” “Rescued,” “Make Way For Therapy Dog,” “Slow Down: Caribbean Rescue Dog On Board.” George  had no sticker for Jake. He was grateful he had never registered Jake online, or he would have never had a chance to carry out his plan. But now, things were desperate. He was determined to save Jake, and he knew things were closing in.

George struggled to keep himself from crying. But he was determined.  It was time for his plan, to save Jake, to give him a new and free life.  He went out into the woods, slipped the puppy a sedative, and when he was groggy, he picked him up and rubbed mud all over his coat. Jake was light, thin. It nearly killed him to do it, but George had been cutting back on his food for days. He took a knife and sliced his own hand, and then smeared some of the blood on Jake’s nose. He rubbed some berry juice on Jake’s teeth so they would look stained.  He rubbed ointment in Jake’s eyes to make them look runny. When it got dark, he drove to the town’s sprawling new animal shelter, a no-kill facility housed in the former town library, abandoned after years of rejected town budget votes It was now a no-kill dog and cat and bird shelter, housing needy animals from 26 states and 15 different countries. Animal lovers traveled all over the world to find rescue animals and bring them to the shelter.

George waited to see that there was no one around, and tears flowing down his cheeks, he left Jake asleep in his blanket by the rear receiving platform, and he attached this note:

“Dear Shelter. This is Jake. As you can see, he has been badly abused. Stained teeth, blood from beatings, not washed in many months. He looks like a Lab, but he comes from the Deep South, where he was thrown off a truck, run over, attacked by crows and then chained in the rear of a garbage dump. He is part Shitzu and part Rotty, although he looks a lot like a Lab. He is not a Lab. As you know, there are no more Labs.  Please take care of him and find him a good home.”

George sobbed and took one last look, kissed the groggy Jake on the nose, left his bundle on the platform, kissed him goodbye one more time, rang the bell and then ran. He turned and looked back and saw a shelter worker open the door, peer back and forth and then pick up the bundle. George came home and turned on his computer. His heart was about to pound right out of his chest. He sat staring at the town’s animal rescue site for nearly 24 hours, barely eating or sleeping. Finally, he saw it. A photo of Jake, a dog who had been beaten, starved neglected.  Jake’s runny eyes and stained teeth looked appealingly into the camera. Good boy, Jake, said George, sobbing now.

And then he looked at the bottom of the photo and smiled. Hundreds of people had already applied for Jake. His dog had been saved. His dog had been rescued. He was going to make a break for New Brunswick. Maybe there were Labs there too.