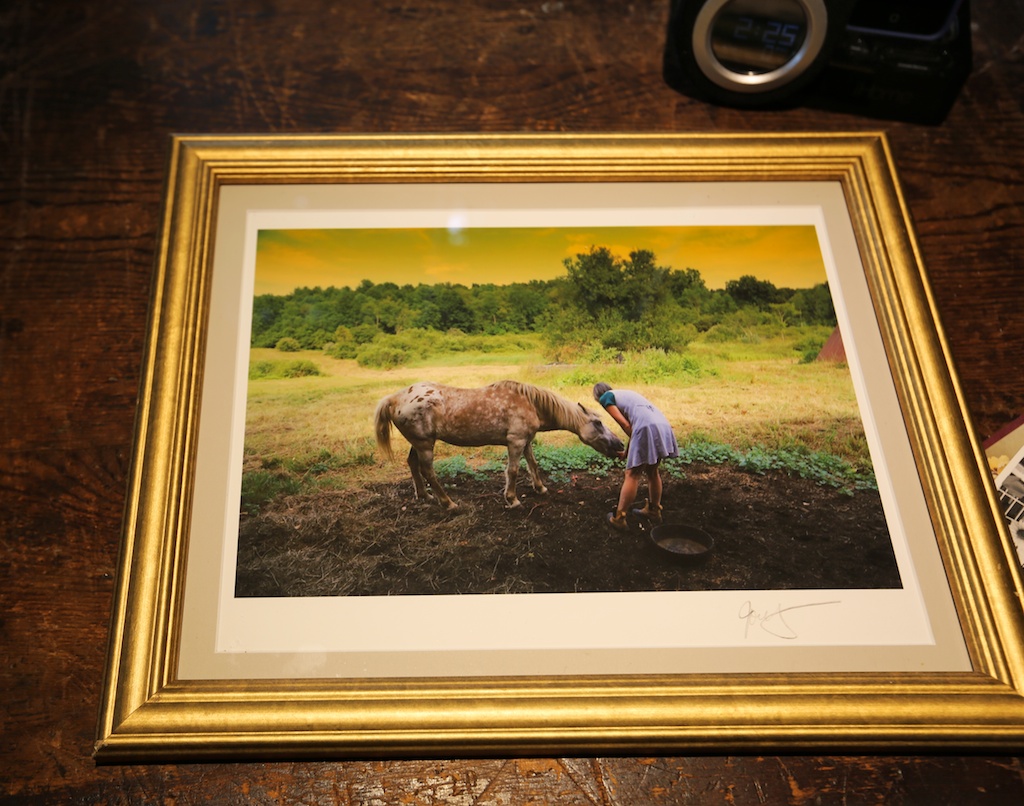 This is my favorite of all of my photographs, it is of Maria and Rocky out in our pasture shortly after Maria and I began caring for him, just as the two of them developed an extraordinary bond with one another – me and Rocky too, to be honest. As often happens with life, things did not turn out as we expected. Simon and the donkeys rejected Rocky, he declined in health and we had him euthanized, one of the toughest decisions we have ever made in our time together.

But this photograph, taken just a big storm approached, captured their timeless connection, spoke to me of the love in Maria, the bond between the two of them, and the timeless connections of people and animals. I was planning to enter the photo in the Washington County Fair Photo Contest, but there was a mix-up in the deadlines, and the deadline has passed. So I can’t enter my photos.

I decided to make a turn and will sell this and the four other Washington County Fair photos at the Bedlam Farm Open House on September 1. Maria will be showing them on her website. I think it’s a good fate for these photos, all among my favorite, I like the idea of them going out into the world. I am disappointed that they can’t go to the fair, but I’m not into struggle stories and laments.

I appreciate the twists and turns of life.