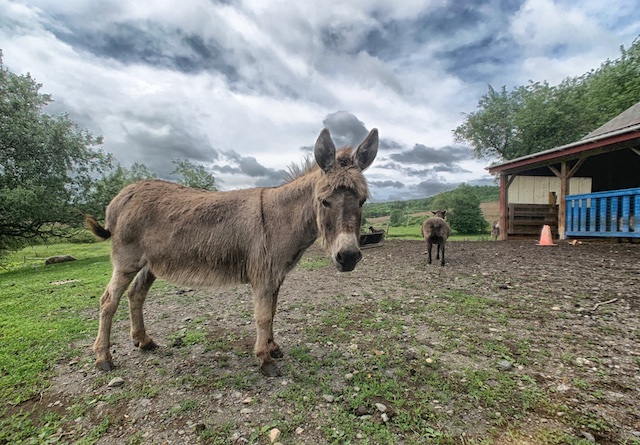 The other day, writing about the importance of truth,  I said some and bad things about Angry Old White Men, who I have come to dislike lately.

I see them as arrogant cheerleaders for hate and fear and skilled manipulators of embattled working people. They preach hatred and grievance, they embrace lies to succeed.

I know some Nice Old White Men who are not at all angry. We are embarrassed about our fellow old white men.

One of the sacred duties of older men, especially white men, in my mind, is to be gracious and get out-of-the-way of the people behind me. The future does not belong to me. After watching Angry Old White Men enthusiastically embrace the destruction of the world for money, I am eager to let other people give world domination a shot: women, young people, people of color.

They have to do better than we did.

The Angry Old White Men are hanging on for dear life, closing the door behind them as loudly and firmly as they can.

They are doomed, but determined to make life miserable to the bitter end for all of us. These are good reasons in my mind for me to dislike them. Everybody else is free to make up their own mind.

It didn’t occur to me that my squawking about Angry Old White Men could be seen as controversial. Just look at the news, it’s right there.

A long-time blog reader, Janet, did not like my ruminations about Angry Old White Men.

Well, on one level I was proud.

My workshop teacher John Updike said if a writer didn’t piss somebody off every time he wrote, he or she was spiritually dead and probably worthless. But I hit the Trifecta with Janet.

In a way, it’s kind of a hat trick to be accused of being racist and sexist and uncool for dumping on Angry Old White Men. I mean, Janet, have  you looked at a photo of me on the blog lately?

At my age, the best I can hope for is funky, or to be seen as a character.

I mean I might not be the brightest bulb in the shed, but I’m not sure how that would work, even in the time of the Twitter Thought Police.

Also ironic is the fact that I was writing a post about the important of telling the truth, no matter what people think.

This being the era of the Twitter Thought Police, and the joy of sending messages without having to think much, it seemed surreal to be called racist, sexist and uncool for telling the truth about my peeps and allegedly not caring what people think.

Social media often reminds me of Middle School, where name calling always overwhelmed thought or discussion. Whenever my classmates wanted to get to me, they called me a “fag” or a “fairy.” In our day, the equivalent is to call me “racist” or “sexist.”

The true racists in our country’s history – the KKK, the lynchers, the slaveholders, the white nationalists, etc., etc. – would be horrified to think if me as a peer. I hope you never run into one, Janet, you might be more careful about the words you toss around.

But I think in America, perhaps the worst thing one can be called is uncool. Racists get to work in the White House and become U.S. Senators and cable TV commentators.

Sexists are taking a pounding, but they are as resilient as beetles.  You can never kill them all, they regenerate without sex (obviously, without sex).

If you look at the photo of the Alabama white, ban-abortion, legislators (Angry Old White Men to a one) then you can see the sexists aren’t doing bad either.

If Janet is right, my moment is coming, I should be famous and influential any second.

To lick my wounds and ponder truth, I went out, as I often do, to commune with my wise and all-knowing donkey, Fanny.

Donkeys have been with human beings for thousands of years, they have seen it all. No man is a hero to his wife, valet, or donkey. Fanny doesn’t give it away, but she has always tolerated me and deigned to let me rub her neck when she feels like it.

I can’t claim not to care what Janet wrote about me, I mean, being a racist, sexist and uncool old white man is not where I hoped to end up, I was hoping for E.B. White.

I didn’t work so hard all these years for this.

I have never had a valet, but I do have a wife and a donkey, and I can tell you my wife would not get into bed with an uncool racist and sexist. Strike Ten!

She wouldn’t let me touch her breasts in bed for one minute or let me sleep like a spoon or   even sit down and have dinner with her. She doesn’t care if I am cool or not, but she has no love for racists or sexists.

My wife makes vulva postcards and posters and writes about and admires Goddesses who eat men for lunch.

If she agreed with Janet, the front door would open, and Red would come out first, followed by Bud, my computer, my camera, and then me. She might keep Red (not Bud.)

When I met her, she and her wolf dog Frieda were proud man-haters. Frieda is gone, but my wife is still not crazy about men, she does concede that there might be one or two good ones out there. She doesn’t mention any names.

And she has even less tolerance for Angry Old White Men than I do. I went to see a donkey hoping some of her wisdom might rub off on me.

“What do you think, Fanny?,” I asked my donkey this morning as she stood pondering me. She is generally  fond of me – except when she isn’t – and tolerates my shortcomings.

Fanny gave me one of her level and eye-rolling stares. “Jon,” she said. “Go get me a carrot, will you, and stop dicking around.  In the blink of an eye we will both be dead and who gives a shit what Janet says?”