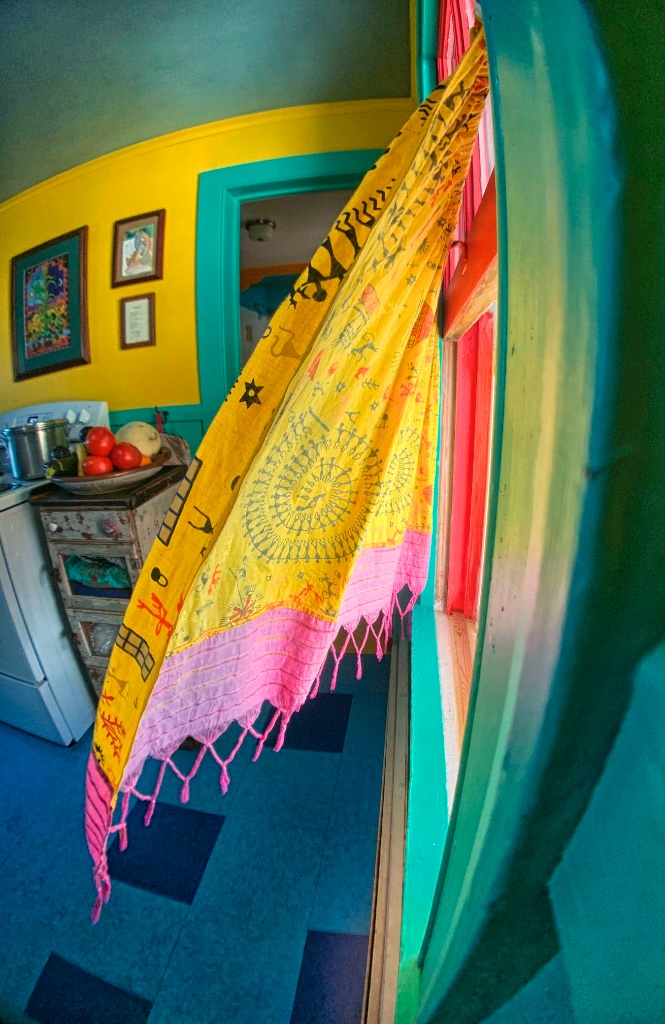 I was inspired by the work of Edward Hopper in my photography.

His work was the first time I saw a great artist embrace the idea that some of the most beautiful things in the world, some of the most evocative, are the simplest – a gas station open at night, curtains blowing into a house in the wind.

Hopper’s themes – the tensions between individuals and the conflict between tradition and progress in both rural and urban settings, are themes he always returns to.

Those are also my themes – the unseen and unheralded portraits of people and things not usually considered by the poobahs of culture to be art. I see his ghost in my Strong Woman pictures and in the timeless faces, restaurants, and diners of rural life.

I am grateful for my iPhone, and I see that the world is now full of photographers, many of them quite good. But so many of these images are narcissistic. I can’t see Hopper doing a selfie, and every single thing in our lives is not necessarily worth recording.

I take lots of photos, but as few of them are of me as possible. I am not the most interesting image in my world.

Photography and art are much more democratic now, but that doesn’t always mean they are better. I often feel overwhelmed by the images I see.

The poignancy of a rural culture struggling to live in an urbanized, disconnected world.

Norman Rockwell was often dismissed in the same way – it has been suggested he is not a real artist, whatever that means. But no one I know of captures the real emotion in everyday life and places better than these two radical artistic rebels.

This morning, I saw our kitchen curtain blowing in a light breeze, and I grabbed my iPhone X – which I purchased as much for its outstanding camera as anything else. (If you are me, and you consider a camera of this quality costs between $2,000 and $3,000 dollars in the outside world, then the iPhone is a bargain.)

Hopper did in painting what I hope to do with my photography (sadly, I am no Hopper), he painted and sketched and captured the feelings familiar to most of us – what one critic called “the triste of embedded  existence, the solitude of the self.”

By the time Hopper died in 1967, he was popular again, the world had come back around to him. His work was often so simple, yet so emotional. There was something sad and beautiful at the same time  in his paintings.

I feel this solitude of the self often when I am taking a photo like this one in the kitchen. I think of Hopper, and I think this is an image he might well have painted, in different tones and color, of course. I think of that soft breeze lifting the curtains and caressing my face.

Often, I think of an ocean or a prairie on the other side, or an old farmhouse.

It’s a simple scene, but yet it evokes something much deeper and more universal.

The movement of a curtain in the window – Hopper loved lace curtains, not Frida Kahlo colors – suggests the gentleness of life, and also the loneliness of being a human being. It is also iconic, we think of other times, and other places.

It also takes it out of ourselves, and the relentless narcissism of the digital world.