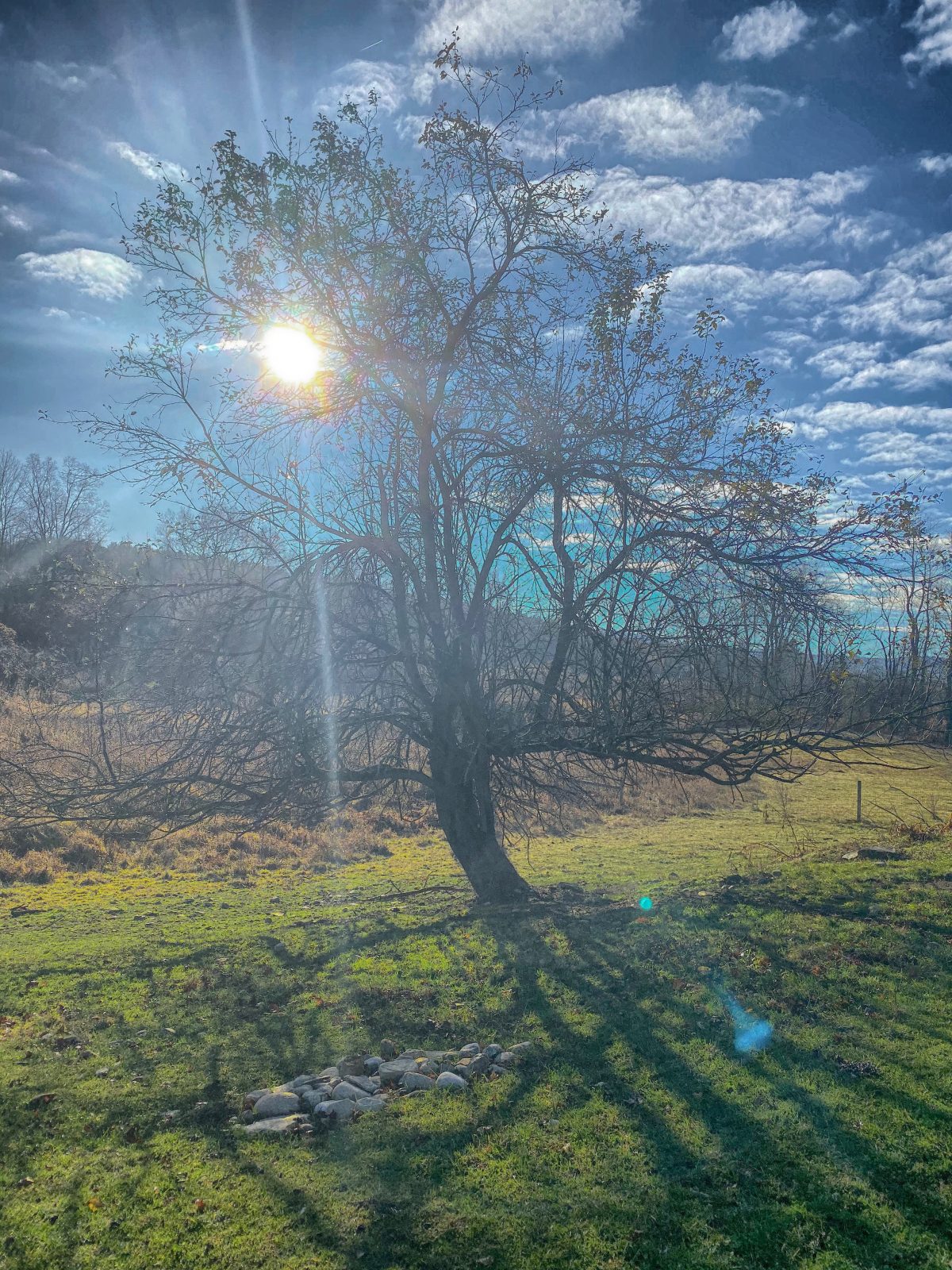 It’s been a few months since Red died, and I don’t think of him all that often, my life is full and distracting. There are two active and lively dogs here and another coming in less than two weeks, so there is no absence of dogs in my life.

I do miss Red acutely from time to time, and today was one of those times. I was out in the pasture near his grave, and I felt a pang of loss, we did so much good work with sheep together.

I also missed him at the Mansion last night while calling the Bingo game there, he would greet all the players and then lie peacefully by my side for the rest of the game.

I told him Zinnia was coming, and I told him I hope he had entered the life of another human and was going as much good for him as he had done for me.

The first few weeks after Red died, I thought I felt his spirit around the grave. I don’t feel that now, but I’m talking to him more for me now than for him. If his spirit lives, he is fine, because Red was always fine.

He was always with me or near me, and I still feel that something is missing at times. I’m glad we buried him out in the pasture, we spent so much good time out there it’s a way of re-connecting with him, and then moving on with my life.

As I’ve written, I’d rather love a dog than mourn a dog and I have two dogs I love and will soon have another. I think that’s a good place to be.

I doubt I will ever have another dog like Red, but I shouldn’t make any assumptions. I don’t really know. At this point, I’m thinking more about Zinnia, looking forward, not backward.