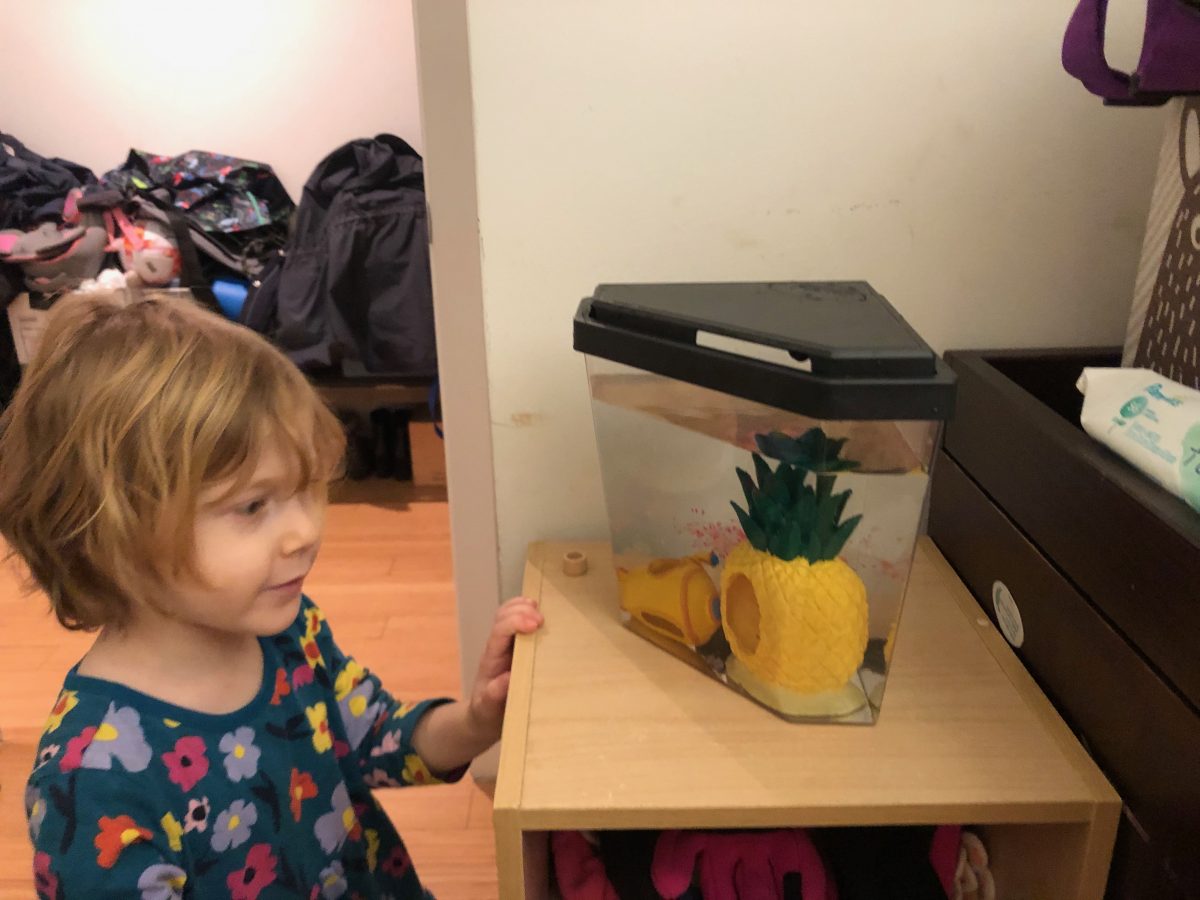 Robin last visited us more than a year ago, and she paid little attention to the sheep or the donkeys. She watched the snails for hours, just like Maria does.

She called yesterday to wish me Happy Thanksgiving – we stay in touch – and as always, she asked how the snails were doing.

She always has a question about the snails – do they die, have babies, make friends?

I suggested to her and Emma that she get some snails, (not for the first time), and this time, Emma said “well, why not?” She decided Robin is ready, and snails are simpler than the fish tank she knows I am plotting to get for Robin one day.

I agreed to get Robin two snails.

I got busy, went on AquariaLive and Amazon. I got two mystery snails, one yellow, one brown, two rabbit snails (they have babies), and two tiny red shrimp.

I also got a plant, a glass fishbowl, and some algae food. I went a bit overboard, but it’s well within the scope of a small goldfish bowl.

Robin called me today to tell me that she was excited. She’s naming one of the snails “me-paw,” which is her name for me, and the other “algae.”

She doesn’t know yet about the other two snails and the baby shrimp. Emma texted me to show me the temporary plastic tank they got until the bigger one arrives.

They also went out and bought a toy pineapple. I suggested the tank is too small for all that, but they didn’t really care, so I dropped it. They’ll figure it out.

I am honored to have a snail named after me, a genuine first in my life.