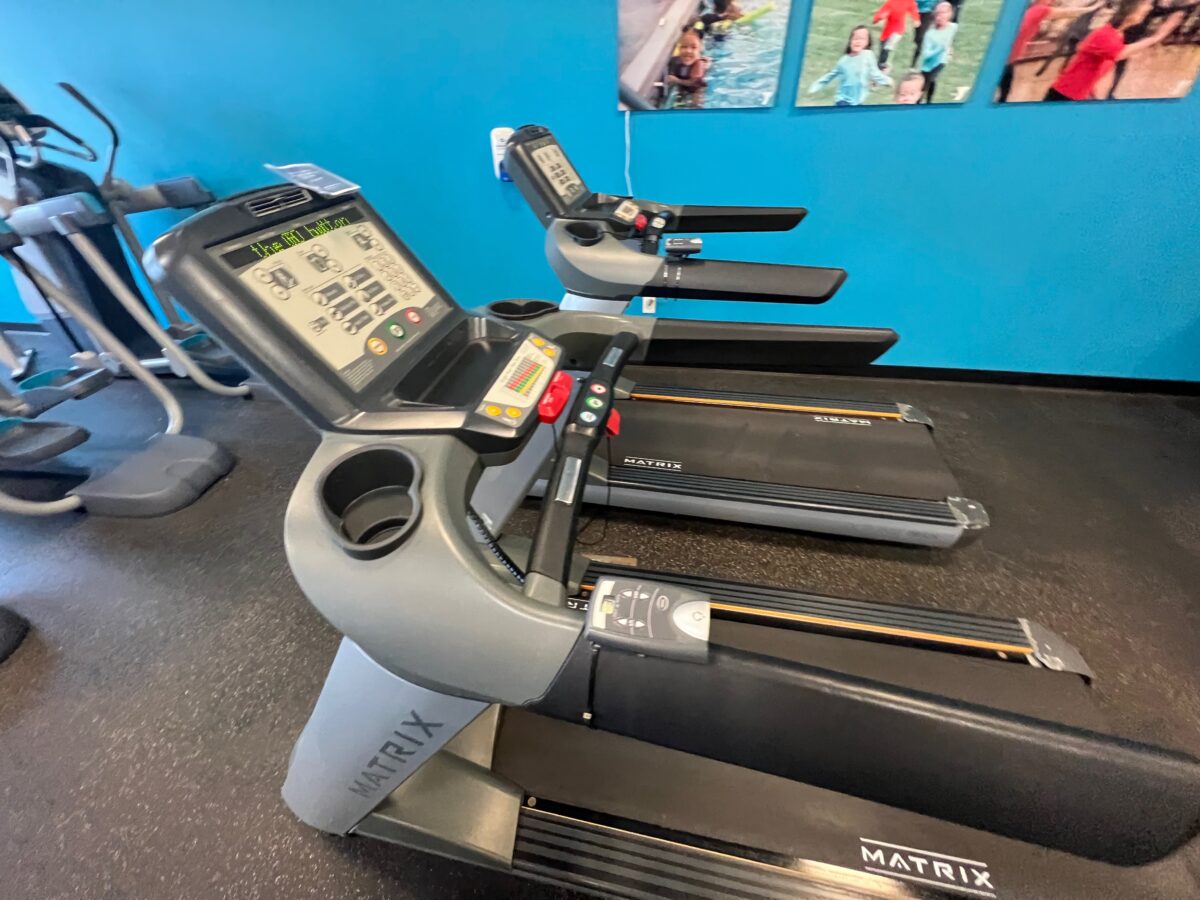 I think I learn something new almost every day, and I consider myself fortunate. Life is a mystery and a crisis, and I know so little about it.

I am learning to take my missteps and faults and try to convert them into something better.

I can’t believe how far I have had to go or have yet to go,  and I understand now that this work will never be done.

I wrote the other day of my lesser self being jealous of an older person, a much older woman than me, running twice as fast as I was on the treadmill next to her.

I had a brief macho attack, the plague of the human male. I felt small and petty.

The lesser me came out, and instead of being happy for her and encouraging her, I secretly wished to trot faster than her and chafed because I couldn’t. It wasn’t one of my more noble or generous moments.

Today, I went back to the gym, and once again, she was there; she got up on her treadmill, this time two treadmills away. I notice that the older people flock together, away from the young and athletic kids.

The gym has its etiquette. We talk to Laura, the manager, but rarely to strangers. I see that coming to the gym is often private and personal. The older people tend to cluster together, but if we don’t know each other, we rarely speak.

I resolved to see what could be learned from this situation – I was told this woman was new to the gym but was coming regularly, always alone, and came and worked out and went quickly and quickly. Someone always arrived to pick her up.

As if it was meant to be, we both stopped our treading at about the same time, and I resolved to be a better human and went over to her and congratulated her on her intense workout.

I said, “you run twice as fast on that thing as I do,” admitting that I had peeked the other day at her treadmill speed. I apologized for that.

It turns out she was not as grim or standoffish as she first appeared to me – do not, Jon, judge people you don’t know – and she was both gracious and open.

I asked where she was from; the reporter in me never seemed to die.

She emigrated to the U.S. from Russia a long time ago (she didn’t say when) and that she was a gymnast and a dancer. Ah, I thought, that explains it.

What are the odds of meeting a former Russian gymnast in Washington County, N.Y., at a local gym?

She said proudly that she had once been asked to try out for the Russian Olympic team but declined. Instead, she became a dancer; to me, she seemed to have the frame of a ballet dancer like the ones I’ve seen in New York and on TV.

It’s a distinct look, shaped by a think frame and many years of hard work.

She said nothing about how she came to this country, and even I thought it was rude to ask her, we had just met. I imagine I’ll get the full story out of her if we keep meeting at the gym. She and I are among the oldest people there, and she is older than I am.

She had a sad and wise face, like someone who knew loss.

But you know what? I think I was protective of her from watching the news this week, and so I am changing some of her details and withholding her name, and holding off asking for a photo. The dancer/gymnast part is genuine. I have to make sure it’s okay.

Perhaps I’m reading more into her than is there.

She has been exercising all of her long life, she said.

She has solid legs, a straight frame.

She asked me what I would do in the gym, and I told her about my heart and leg issues and that I was here to get strong again after eight or nine months in a surgical boot, unable to walk or come to the gym.

I never liked exercising, I said, I was never any good at it. But I am beginning to enjoy it now, or I was until I saw you on the treadmill.

She laughed. Thank you, she said. So she had a sense of humor.

As a result, I said, my hamstring was painfully tight, and my legs were sore. I love walking, but I need to eat right, lose weight and loosen up.

Instead of being jealous of her, I decided the healthier thing would be to try and learn from her. She must know a lot about it.

I was the one who needed the help, not her.

We walked into the  parking lot together; she waved to a car waiting for her.”My friend,” she said, “We take care of each other.”

Somehow, I felt she had fled the old Communist regime, or perhaps come here with someone. Her accent was thick, and she seemed friendly but careful.

I interviewed a few of those people, and she reminded me of them.

I fantasized that she might have been one of those Bolshoi Ballet Dancers who were always escaping their minders to flee to escape the hard life in Russia and get to the United States.

They were always surrounded by “watchers” and KGB agents, but some of them managed to slip away.

At one time, New York City was full of these gifted dancers, which would explain her excellent condition. I could see the beauty in her face once I looked at it directly. She had piercing and powerful eyes.

She said she lived in Saratoga Springs and loved the hot baths there.

We started to walk to our different cars when she turned and said, “you know if you haven’t been exercising your whole life, you have to be thoughtful and careful about how you suddenly start.”

She sensed that I was new to this and not easy about it. And she made sense to me. People are always telling me different things about exercise, a lot of them make no sense to me.

“I’ve built up my muscles in my legs all of my life,” she said, “my work as a dancer kept me in good shape,” her Russian accent thick but decipherable.

She had blue eyes and kept her hair in a tight white bun. She had Nike Air Zoom Pegasus sneakers – said to be the best –  and was running in a sweatshirt that looked like a theater company ordered and sold it. The lettering was in English.

She wore no jewelry of any kind.

“What do you suggest?” I asked. “Just do what is comfortable for you,” she said. “No more.”

“Test yourself once in a while by going longer or a little faster but stick to what works for you and is comfortable. Don’t try to outdo yourself or keep up with everybody (she is smart.) Find a comfortable place and stay there. Don’t let people push you faster than you can go.”

“That’s how older people get hurt when they suddenly start to use muscles that haven’t been used and try too hard. We are not children or young. Our bodies have limits.  I only do the treadmill for 35 minutes, and I’ve been training all of my life,” she said, “once a day for many years, now two or three times a week.”

So I thanked her and said I’d see her around the gym. I’m still new at being old; I have a lot to learn if I want to do it right.

So what did I learn from this?

First, I think I made another friend, a gym friend, not more than that.

I want to talk with her more. I liked her, she is remarkable.

Secondly, I realized once again I ought not to stereotype or patronize or pigeonhole older people; I don’t like it when it happens to me; I should not do it to others.

The Mansion residents often surprise me once I learn something about them.

This woman and I didn’t talk about medicines and doctors, which also impressed me, and she has some stories to tell. I love to hear stories, and I love to say to them.

I wasn’t ready to ask to take her photo, that would have been overdoing it, too much too soon, and I wasn’t comfortable asking. It didn’t feel right, unusual for me.

This is what life is becoming for me, I think. Everything, even the mistakes I make and the dumb things I do, is fodder, grist for the mill, a chance to learn and grow.

I’m hungry for that, perhaps starving for it.

She gave me her first name, but I’m not yet ready to share it. She shook my hands, and it was a firm grip.

I did my usual 30 minutes, getting up to 3.5. A good workout speed for me, the highest I’ll go for a while.