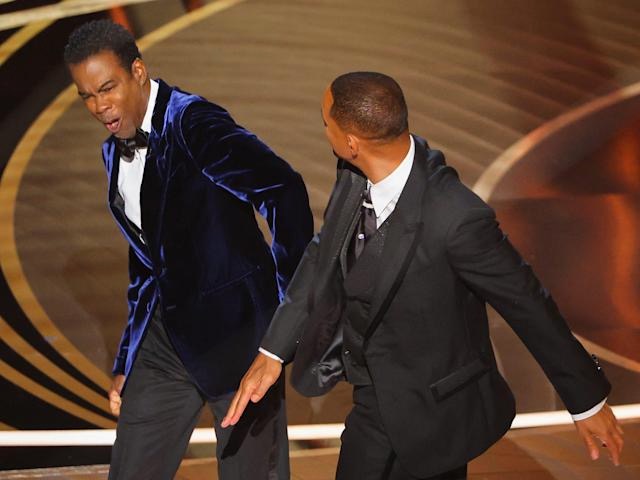 “Aim above morality. Be not simply good, but good for something.-” Henry David Thoreau.

Was Will Smith justified to slap Chris Rock in the face live at the Oscars while watched by millions of people worldwide of all ages and faiths, and nationalities?

I’m still going over it in my mind, as is much of the country. But I’ve figured out how I feel.

I should say that I believe that compassion and empathy are the basis of objective morality. Violence draws people of little or no character.

Morality is not the doctrine of making ourselves happy or vengeful but how we make ourselves worthy of happiness.

I was up watching the Oscars when I saw Smith rush out of his chair and run down the aisle and onto the stage before one of the world’s biggest audiences and slap a fellow star, a famous and respected comedian.

An Oscar nominee, Smith, and his wife had a seat close to the stage.

At first, I was sure it was a joke. Then, I realized it wasn’t.

I thought good for him; Chris Rock had just uttered a cruel and tasteless joke about Smith’s wife. I’ve loved every movie Will Smith has been in.

I wanted to write about it this morning, but it was confusing because there was also something repellent and troubling about what Smith did and how he tried to cloy and slobber his way out of it. What bothered me was that he pretended to have taken a moral position, he had committed an act of loyalty and love, he claimed.

I decided to wait, and I’m glad I did.

What do I stand for anyway? What do I truly believe in, and what is my idea of the moral man and woman? Truth, ethics, and responsibility are in trouble in America; their decline erodes our values, traditions, and civility.

Just minutes after Smith rushed out of his seat and onto the stage to hit Rock for making fun of his wife, Smith won the Best Actor award and gave a long and rambling speech justifying what he had done.

The address was an incomprehensible and calculating mess, but nobody cared since he was suddenly crying.

Smith tried to present himself as a moral man driven to madness while trying to protect someone he loved.

He corrupted and twisted and exploited the very idea of what love is and means.

He was, he said, a person of love whose purpose in the world was to defend the people he loved.

“Jokes at my expense are a part of the job, but a joke about Jada’s medical condition was too much for me to bear and I reacted emotionally,” he wrote. “I would like to publicly apologize to you, Chris. I was out of line and I was wrong. I am embarrassed and my actions were not indicative of the man I want to be. There is no place for violence in a world of love and kindness.”
Smith added in his post that, “Violence in all forms is poisonous and destructive.”
I imagine his agent and publicist did some come-to-Jesus talk with him. Better late than never. I can’t know what is in his heart, but what came out of his mouth was good.

Smith shed many Hollywood tears to show what a sensitive victim he was and was celebrated, supported, defended, and sympathized with all over the country. He was defending his wife, an outspoken and accomplished actor who said nothing and made no statement. You know the dance when there’s trouble if you’ve ever spoken to a Hollywood publicist.

Be humble, seem repentant, admit nothing. Never take responsibility. And if possible, lie and cry.

Will Smith didn’t cry when his wife was made fun of. He saved the tears for his moment in the big spotlight.

The reporters at the Oscars said his publicist showed up seconds after the incident and was whispering in his ear before his talk. They were worth every penny.

You could argue that love isn’t about punching nasty people you don’t like or who say bad things about you or the people you love. Love is about calming down,  thinking about, talking to them if possible, suing them, or punishing them in several lawful and legal ways. Love is about empathy and compassion.

Slapping someone in public is a shaming tool, not an act of love. It is dehumanizing and cruel, it reveals the soul of the slapper.

Taking responsibility would be a moral position, not a publicist’s emergency pitch for damage control. Smith’s crying saved the day.

Chris Rock is an easy person to want to slap. All the more reason for not doing it. Stars learn from the first day to walk away. With success comes scrutiny, criticism, and second-guessing. It is no life for the thin-skinned.

Smith is not some teenager working off a drink and overreacting. He’s been a big star for years. He knows you don’t hit people in the face on live television. It isn’t intelligent, and it isn’t right. Rock is a brilliant comedian, funny, cutting, and brutally honest. Lots of people want to slap him. Only one person has.

Smith is a famous, admired, and gifted actor, an adult, father, and husband. What he did was wrong. There is no excusing it.

One would think he could control himself, and if he needed to confront Rock,  why not do it backstage or outside or through an agent or in an interview on the phone so that countless children and people everywhere might not think it okay to attack people who annoy you or insult you verbally.

Or better yet, get help.

I can imagine fighting if my wife depended on it or my wife or daughter’s lives were in danger. I’d do almost anything (I hope) to save them.

But attack someone in that brutal way?

The idea that Smith followed this brutish behavior by being honored so lavishly and defended so vigorously is yet another sad reminder that we live in a violent and angry culture and have forgotten how to talk to people rather than hate and attack them. They should have pulled that statue right out of his hands and told the world that this is not how we do things in America.

If the Oscar people had any spine, they would ban Smith from the Oscars for years, even for life. This will not happen. Young boys are thrown in jail for years for smoking some dope. Rich people live in a different system of justice.

What Smith did is what makes famous actors famous.

He gave an Oscar-worthy speech, full of tears and humility. I couldn’t buy it. His explanation made no sense other than being self-serving and whiny. He was brave enough to slap Chris Rock but not take responsibility for what he did.

In seconds, his son was on Twitter, issuing the family creed: “And that’s how we do it.” Family lessons learned. Some men think with their balls, not their minds.

Rock is no sweetheart, but he is at least honest about how he feels.

This act of violence has much more meaning than a slap on the face. It will echo throughout the country and all around the world. A lot of innocent people will pay for it.

As a husband who adores his wife, I understand why Smith would want to do what he did. My first response was to cheer.

Smith almost convinced me that he regretted it until I saw all of the publicity and support and praise he received for being violent in public, drawing every bit of attention away from the many people present who were hoping to find recognition for their work, not his temper.

His speech was slimy and contrived. And selfish, a narcissists’ revenge.

Nothing on earth is more important than him. Pity the people who spent years working on their movies only to be cast aside and forgotten by a boy who never grew up.

Aren’t politicians and actors constantly being prodded and provoked? Doesn’t that happen to anyone who is open or public online? (Yes.)

I’d love to know how many Will Smith fans – I am one of them – will rush out and punch the first person who annoys or insults them – or maybe do worse.

Wouldn’t it have been so meaningful for Smith to get up on that podium and say he was outraged at the comments Rock made and say they were cruel and should never have been allowed to tell them in public that his wife is not fodder for people’s jokes?

He could have been a different role model and hero, not just another man who uses hides behind his testosterone.

Rock’s wife, Jada Pinkett Smith, has long been a target of gossip columns and smartasses like Rock.

She has an immune disorder that keeps her hair from growing hair. But she is also a challenging and accomplished actor who has never had any trouble speaking out for herself. She is known for being tough and speaking her mind.

Does she need her husband to get up and punch someone on her behalf? Is that the message that strong women are advancing to their partners and spouses? Fight for me? Hurt people who hurt me?

I asked Maria what she would have done if someone had taunted her or me like that.

Would she want me to get up and punch them?

In 2021 Pinkett posted a video on Instagram in which she explained her closely shaven style, writing, “Mama’s going to have to take it down to the scalp. Me and this alopecia are going to be friends…period!”

She often talked about her hair loss, saying in 2018 that she suspected it might have been caused by stress. “I’ve been getting a lot of questions about why I’ve been wearing this turban…well, I’ve been having issues with hair loss. And it was terrifying when it first started.”

Her openness and honesty were admirable and refreshing. She was also controversial.

She was sure to draw the attention of someone like Rock. That’s how the game works. The sharks in Hollywood and the media are always eating one another.

(Alopecia is commonly caused by an autoimmune condition that attacks the hair follicles.)

If she had stood up and marched up on the podium and told Rock off to his face, she would have been an instant hero to me also. And a powerful model for so many women. Her husband was anything but heroic.

I found Rock’s joke tasteless and cruel, but since Pinkett often spoke of her hair issues, it is not beyond reason to think it was fair game in Rock’s eyes,  if in awful taste.

Comedians always press the boundaries of good taste and decency. The message for comedians is to be afraid.

During his jarringly self-serving “apology,” in which he refused to apologize to Rock but apologized to everyone else in the world, Smith shamelessly claimed to be a warrior for love.

He said Denzel Washington, a mentor, had cautioned him to be careful. “When you’re at you’re highest,” Washington told him, “that’s when the devil finds you.”

It was a great line. He didn’t believe it.

Smith was at one of the highest points American culture can offer anyone.

But the “Big D,” as Smith calls Denzel, was prescient.

The devil found him, stole his love, and turned it into shit.