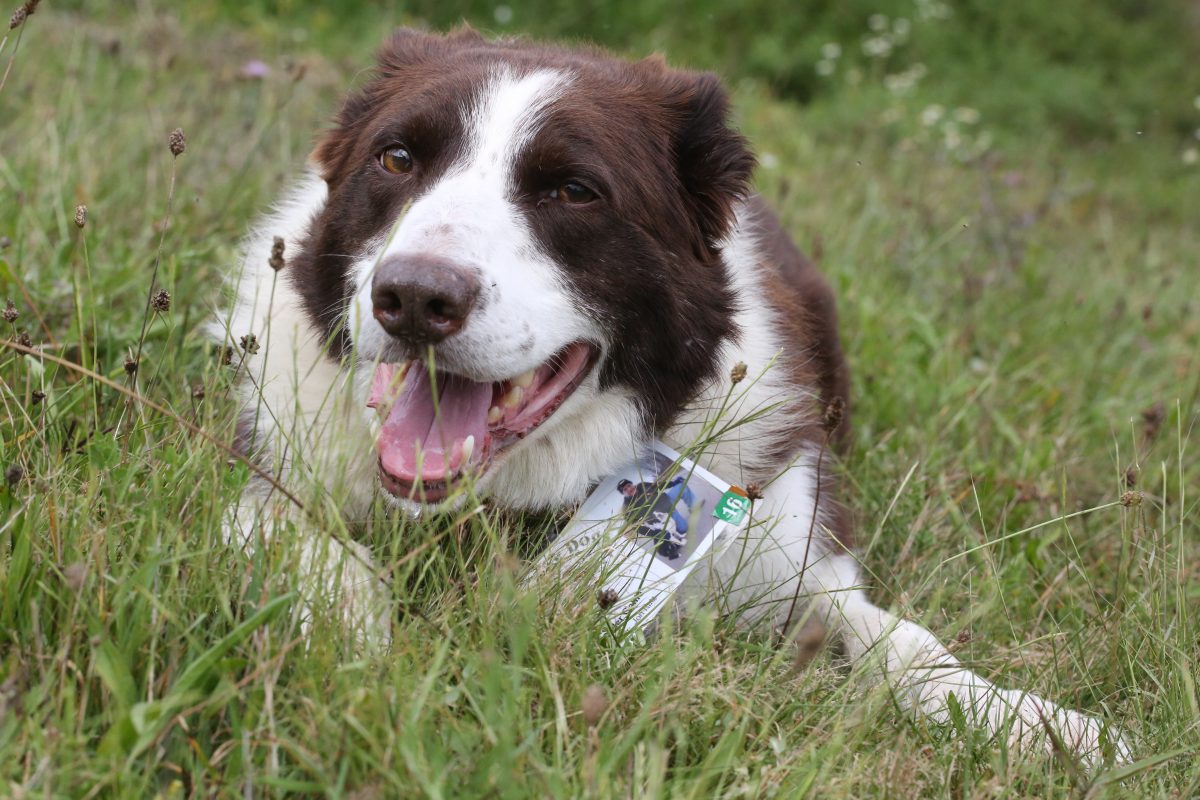 Sometimes, I am so close to a person – or a dog – that I can’t really see them, I lose perspective and clarity about them, I use to see that happen with parents all the time. They saw their kids so often they didn’t see them at all. That happened to me as well.

Red and I are very close to each other, ours is relationship without words and with complete understanding.

Sometimes. And sometimes, I miss seeing things I ought to see.

Red had a relapse the other day, he simply collapsed at the Mansion floor, and I carried him out to the car and brought him home. Since then, he is taking the anti-inflammatory medication to help the pain from a spinal fracture that paralyzed him a month  or so ago. For several days, he couldn’t walk.

Today, Red is resting well and slowly recovering, eating well and moving more fluidly. He’s going up and down stairs. I think I’ll let him work in a few days.

I believe I am largely responsible for this relapse. Red’s therapy work is so intuitive and graceful that I fail to see it as the hard and draining work that it is. Like many people who love border collies, I think of work as herding sheep, running hard and long.

But Red has worked awfully hard these past few weeks, ever since the Mansion had to evacuate some of its residents due to flooding.

For the past month, he and I have gone either to the Mansion or the Danforth Adult Care Center just about every day. The need for  him was acute, we found people frightened, depressed, in tears, or even panic. I wasn’t keeping county, but he logged a lot of hours running back and forth between the Danforth and the Mansion, everywhere we go I hear people calling for him. And he always responds.

Red responds to need and he has been working very hard, not only comforting the Mansion residents, but the scores of  Danforth residents who had never seen a dog like him and wanted to touch him, feel him, talk to him.

Red’s focus on people – especially those in need – is intense, I can see how draining in can be. The last day or two, I noticed him lying down often, moving more slowly, even panting. He was exhausted, and I should have picked it up. With rest, he is becoming himself again.

But he is older — eleven this year – and he can’t be working that many hours, it’s just too wearing.

I know he has a difficult spinal condition – he was stomped by a pony a couple of years ago – but I think the past month wore him down. His kind of therapy work is real work and hard work, and he gives all of himself to it, going to anyone and everyone who needs him. I need to not take that for granted.

Therapy work can sometimes be the hardest work there is.