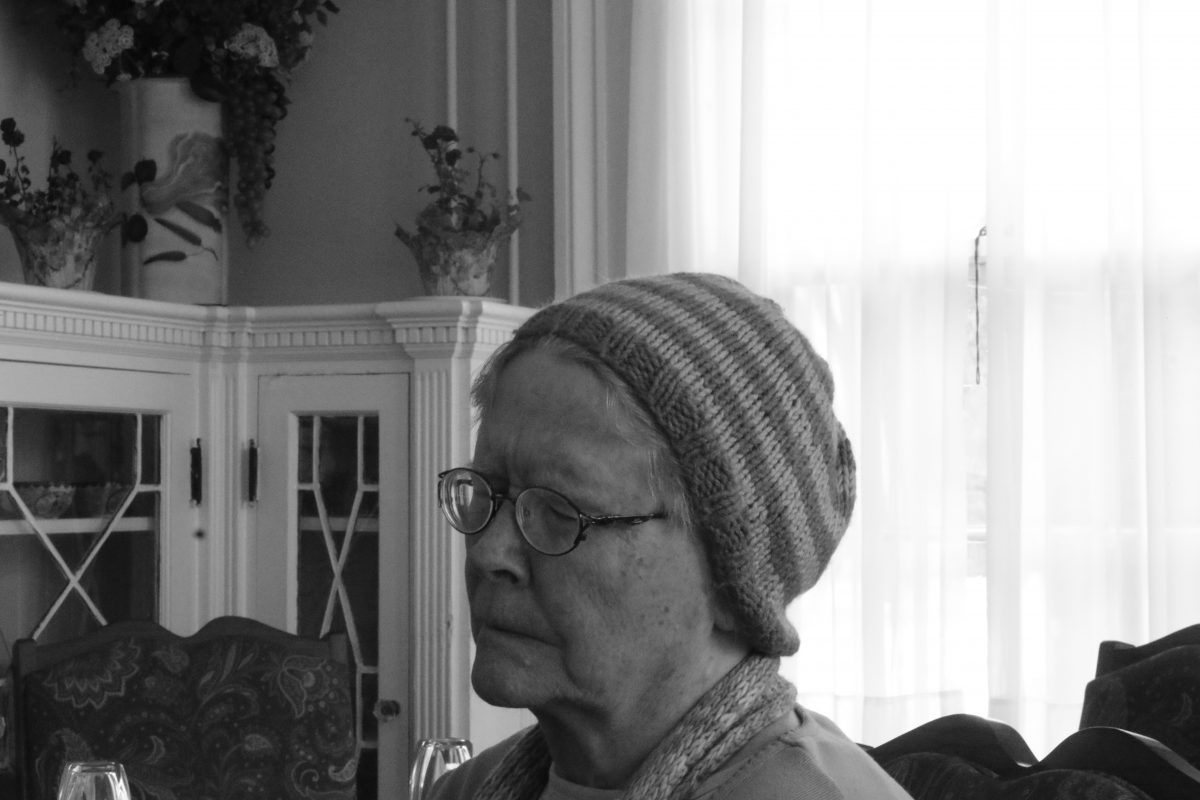 Today’s Meditation Class was the most powerful experience I have yet had at the Mansion. The number of people attending my weekly class doubled in one week from six to 13. We connected to one another in a new and important way.

I was surprised at the size of the crowd, almost every ambulatory person came, and I quickly ordered another box of meditation beads when I got home. I played a brief tape from a Tibetan monk on meditation, and then led a 10-minute meditation.

The residents were very present, they seem to cherish the quiet, they asked me more questions than I have ever been asked at the Mansion, their interest in this quiet time was intense and powerful. They just got it, much more quickly than I had. It was clearly something they needed and wanted.

Something very spiritual happened in there, I felt it quite keenly. We had connected in a new and meaningful way. I told them about the history of meditation (only Sylvie had ever heard of it), and the belief that it was healthy and nourishing.

I spoke frankly to them about the challenges of aging, and of the fear I know they sometimes felt, and the sense of being lost and left behind by the world. I said meditation is believed by doctors to lower blood pressure, help the heart, and prolong life in some cases. Beyond that, I said, it could ease their anxieties and frustrations. I know it is not easy to get old, I said. I think this could help.

I talked to them about the Gentle Mind, and the Soft Mind.

I guided them gently, told them there was no wrong or right, just to follow their thoughts, and if they felt anxious or wandered, to  focus then on their breathing. to use that as a base for their quiet time. I talked about the peacefulness of learning to focus on the now.

I said I knew that they,  like many people, tended to worry about the future, because their future was so uncertain. Focusing on today, right now, might help. They nodded.

Then we slipped into the quiet. I only had beads for five or six, I said I would get more. At the end of the meditation, I asked if anyone had anything to say, and several did, and our conversation was candid and powerful, and, I think very healing.

One (I’m not going to use names) said she was thinking of her children during the meditation, only one ever listened to her, and when she thought of that one child, she felt good and at peace. Perhaps, I suggested, she could think of her in meditation, it might be grounded. She said she thought that was a very good idea.

Another said she couldn’t help but think of her late husband, mother and father, sister and brother, and friends and neighbors, dogs and cats – all of them gone.  I never wanted to outlive everybody, she said, I never expected that. I worry, she said, that I will forget them, sometimes I can’t remember their names of faces. She said a daughter she rarely sees appeared to her in the meditation and spoke with her, and they cried together. What about?, I asked. She said she didn’t know.

Another said she felt close to God in the meditation, she wondered if she might be able to talk to  him more easily there. I said she could talk to anyone she wanted, including God. That would be wonderful, she said.

Another said she had drifted off to a half-awake kind of sleep, and she saw herself at a picnic when she was young, walking on the beach with her high school sweetheart, who became her lover, then her husband. She never is able to think of him clearly, she said, he is long dead, but she saw him clearly in meditation, he was walking down a path in the woods, their dog Ginger, a Golden Retriever walking behind him, as she always did.

I had not heard these kinds of memories and experiences from the residents before, I got emotional listening to them, but I didn’t wish to cry, they might misinterpret that. I realized how closed many of the residents are, how rarely they open up and talk about what they are really feeling. The meditation seemed to have changed that.

I wondered in the meditation, said another, where I was, and  how I got here? I thought about L——, my friend, she sat next to me during meals, we watched  T V together. She fell down and I don’t even know where she went or if I will ever see her again. I don’t want to ask…

Do you want to know? I asked. She shook her head. I know, she said.

Can I wear the beads as a necklace, asked one? Sure, I said. “Why are the beads so cold?” asked another. Because they were outside in my car, I said, just hold them, they’ll warm up. Cold is an important issue for the residents.

The meditation lasted 10 minutes, we talked for 20 or 30 minutes. I said I would see some of them at Bingo , some at my Tuesday reading, the rest next Thursday at 10:30 a.m.

Will you be back, Peggie asked me? You bet, I said.