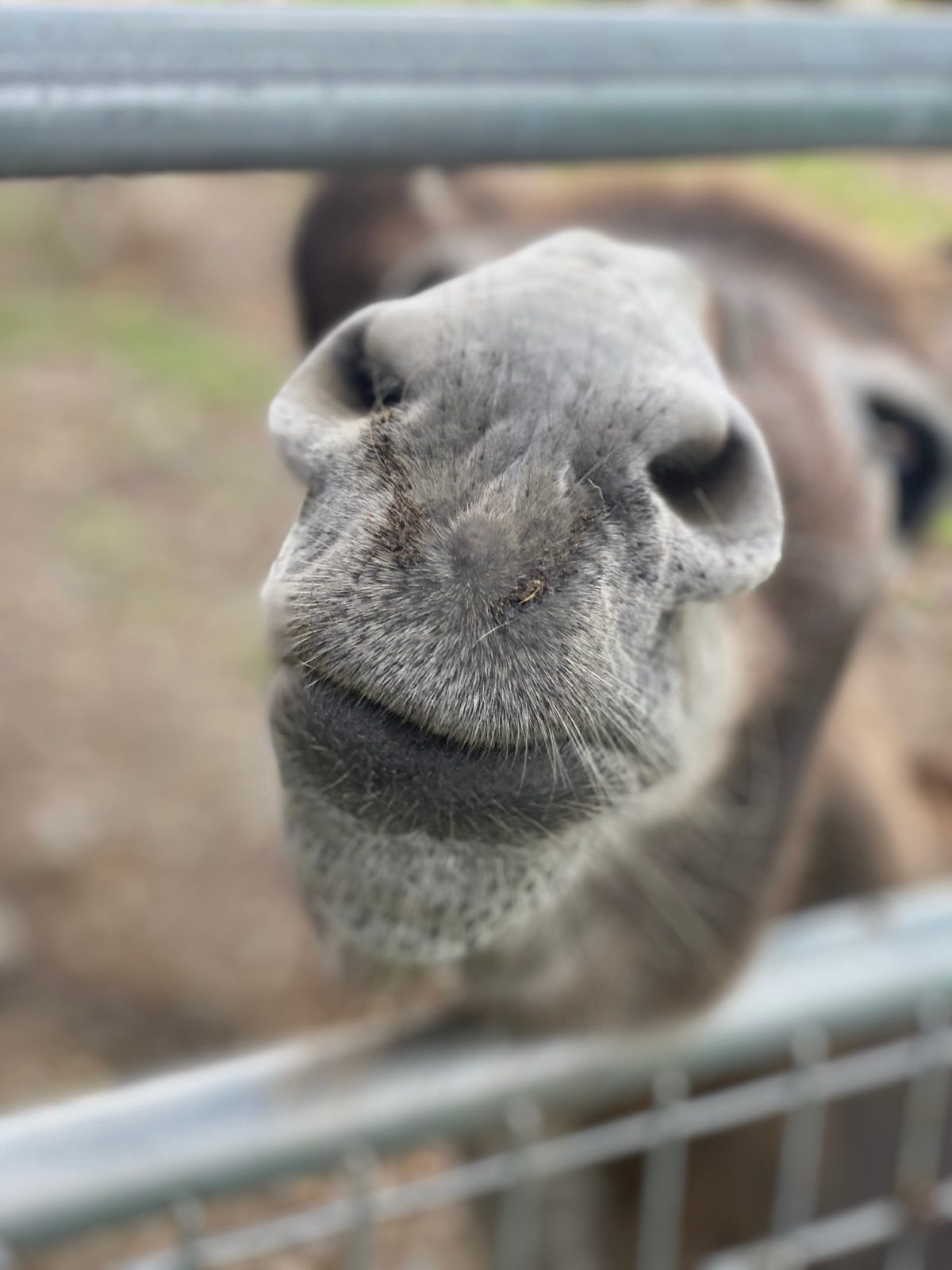 I’ve lived with Lulu for 14 of the last 15 years. When I had a breakdown, I gave her to a farmer friend to keep, and I brought here back less than a year later when I was better.

It took Lulu about three years to forgive me, and she still sometimes gives me the cold shoulder, but mostly, we are pals again. Lulu is the working donkey, she is ever vigilant about anything strange – human or animal – coming into the pasture.

I visit her at least twice a day unless there’s a heave or frigid cold. Around noon, she starts braying softly, which I know now is a summons for me to come out with a carrot or half of an apple.

I’ ve been feeding the donkeys vet-approved treats for years, I slice the apples in half and give one to each girl. In all those years, neither donkey has so much as touched a piece of skin or any part of any finger.

They are both smart and gentle, and they know how to take food from humans without ever harming them. When I get to the pasture fence, Lulu sticks her nose out and gives me her special bray of gratitude – she has a different one for Maria.

Donkeys are the most wonderful and spiritual animals in the world. I am very lucky to have known these two. Donkeys live for 40 or 50 year, I suspect these two will outlive me.

Maria loves them dearly, she will take good care of them.