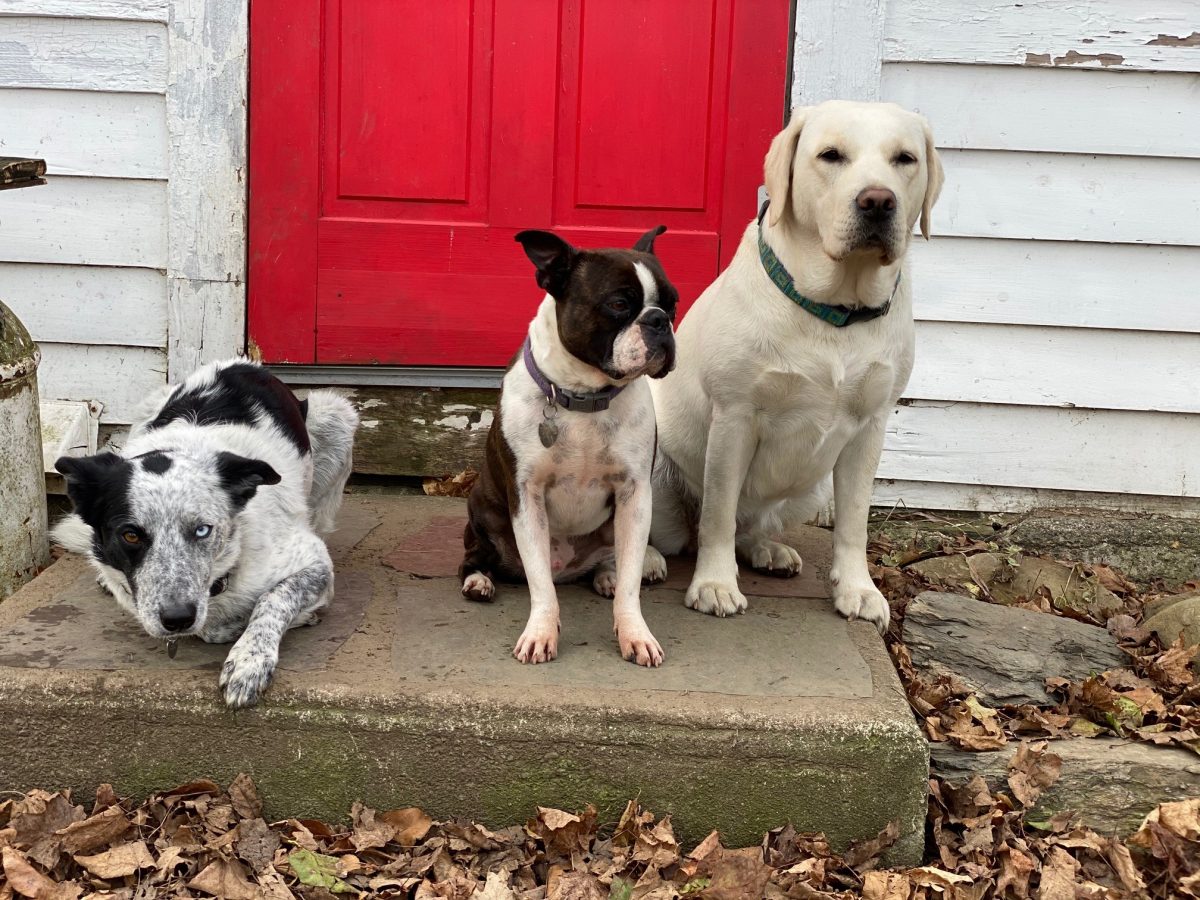 “The Duty Of A True Patriot Is To Protect His Country From Its Government.”  – Thomas Paine.

The roller coaster ride continues, but take some comfort from this. In just about eight weeks, Donald Trump will be gone, and we will have a new president to try and mop up some of the damage.

We owe this victory to the millions of people who voted for it, and to the New American Heroes from all sides of the spectrum who protected and honored their truth and our freedom.

Finally, labels meant nothing when compared to our democracy. It’s about time.

This week, I give thanks for the truth-tellers, our new and mostly faceless American heroes and patriots who have valued country over party and tweet and quite literally saved our democracy from what is perhaps the greatest challenge in its history.

The Founding Fathers never imagined a Donald Trump, a disturbed, ruthless and seditious leader who put himself and his well-being over every principle that has guided this imperfect Republic since it was founded.

Thousands upon thousands of Americas are dying hard deaths all over the country, and the Presidente and his party will neither help them nor even acknowledge them.

Trump may not believe it, but I do: He and his slavering millions will pay a high price for their treachery.

There are few provisions to deal with a sociopathic menace like Donald Trump in the White House, especially in the face of the profile in cowardice that has become the Republican Party.

They seem determined to show they won’t or can’t govern. They can’t condemn the awful specter of a President seeking to use the power of the government to steal an election. They won’t co-operate or unify. They won’t negotiate or compromise.

Like Trump himself, they are showing more and more people that they are the problem, not the solution. Perhaps he is finally reading his first book, the quotes of Franz Kafka, the sociopath’s friend: “Don’t bend; don’t water it down; don’t try to make it logical; don’t edit your own soul according to the fashion. Rather, follow your most intense obsessions mercilessly.”

I thought of Trump when I read another of Kafka’s quotes: “I am free and that is why I am lost.”

All over the country, poll counters, clerks,  Republican judges, a handful of courageous Senators, secretaries of state, and governors have stood up for us – all of us – and protected the sanctity of the vote.

I have taken two major positions since I started writing about politics a few months ago. One was that Joe Biden would win the election, the other was that Donald Trump would leave office on January 20, as the Constitution dictates.

Both are, in my mind, solid as a boulder.

In the end, he will continue to disrupt, undermine, enrage and provoke the two-thirds of the world he perceives to be his enemies, which includes me and just about every other person reading this column.

I accept that. Donald Trump is a sick man, and he cannot handle losing or rejection. Neither is he sane enough or competent enough to do anything about it.

It’s like having a sick uncle in the house who is angry and suffering from dementia. Eventually, he will have to leave for better care.

President-elect Biden is moving on, and so will I.

I am signing up with a social services agency and labor group that helps get masks and protective equipment to nurses and aides who need them and help feed, drive, and comfort Covid-19 survivors when they get home even read to them.

As a therapy dog, Zinnia will come along if desired.

They are among the foremost victims of Trump’s treachery and cruelty, not me. Their government has failed them, but people are good and care.

This week, I want to be grateful for the New American Heroes, the new Patriots who stuck their necks out for the democracy we all enjoy.

I give thanks also to the Evangelical Christian Nationalists and the millions of Trump supporters who know not what they do, but act out of conscience and duty, just as I try to do.

It’s hard to see it sometimes, but they are our brothers and sisters; they see themselves just as noble as we see ourselves, and they resent us just as much as we have resented them.

In a sense, this awful conflict has brought many of them back together with many of us. Anyone who loves democracy now has their common cause and purpose.

In Matthew and the gospels, Jesus enters the Temple in Jerusalem and drives out the salesmen who “were selling and buying there,” trying to put a price tag and profit from worthiness, purity, and access to God.

Jesus dismantled this system of corruption by refusing to tolerate it in its present form and freeing the animals sold for sacrifice.

These temples of religion (substitute Congress, temples, churches, and mosques) were henceforth to become more personal, relational, embracing a spirit of love and compassion, not just a physical building.

Is Christ’s idea – that temples should be spiritual places of healing and empathy, not expensive towers celebrating money and power – really all that radical?

Christ wanted a kinder, gentler, and more empathic temple, just as many of us want a gentler, more empathic country. I wish I were a Christian watching when Christ shows up at the U.S. Capitol and starts phasing out the shysters and the salesmen.

When it comes to courage, there is always the choice – do we rush into the burning building or turn away and pretend to be blind.

Despite the consequences, the hero listens to an inner voice and honors what is true. It is not a matter of will; it comes from true knowledge, the province of the soul.

I was touched and inspired by the dilemma of Brad Raffensberger, Secretary of State Of Georgia, a life long Republican and a loyal supporter of President Trump who was continuously threatened and pressured to overturn the election.

Raffenserger was shocked and shaken when attacked by Donald Trump and Georgia’s two Republican Senate Candidates, who shamefully called for him to resign because he wouldn’t invalidate votes for Biden.

Simple words, but they will echo through history. Raffensberger began the turnaround that denied Donald Trump his treason and dishonesty.

We tend to link heroism closely to acts of heroism in war and combat. But Raffensberger spoke to another kind of iconic American hero by simply standing fast and doing the right thing. It’s easy for progressives and liberals to be critical of Donald Trump, much harder for Raffensberger.

Sadly, he is loyal to a President and a party that does not share his beliefs or appreciate his integrity.

The Republican Party is in a terrible bind and is responding in just about the worst possible way. They had a good election, they won many statehouses and congressional seats.

But they have surrendered their right to speak out, so instead, deprive us of ours.

If Raffensberger typified one kind of her, the African -American women and men of Detroit and Atlanta and Philadelphia were another. They fought hard to push Donald Trump out of the office and succeeded. When Trump and his flunkies tried to away from them, they roared like a million lines and won the day.

In so standing in such blind support of Trump’s increasingly obvious effort at a coup d’etat, Republicans are risking snatching defeat from the jaws of victory.

Trump will be gone in a few weeks. Still, the many millions of black Americans and others who are increasingly outraged by President Trump’s behavior are organizing and learning how to vote, often in the face of so many restrictions and almost always, to suppress black votes.

This is a new and unpredictable ground.

The Republican Party is saying once more that they are only the party of angry and frightened – and white –  men and women. That is not the future of America; that is not where the country is heading, no matter how long it takes, or how many bumps there are in the road.

These cowering politicians may just be giving many Georgians many good reasons for voting against such cowardice and racism.

In our country, we were always taught to fear the dangers from the outside. Putin could have saved his trolls and money for better effect. Trump is doing his dirty work for him.

We may not be as great as we thought, but I think we are better than we thought in many ways.

The courage of heroes is the benefit of authenticity. Courage is available to all of us and its reward, fare more than respect and glory, or even victory is the opening of joy.