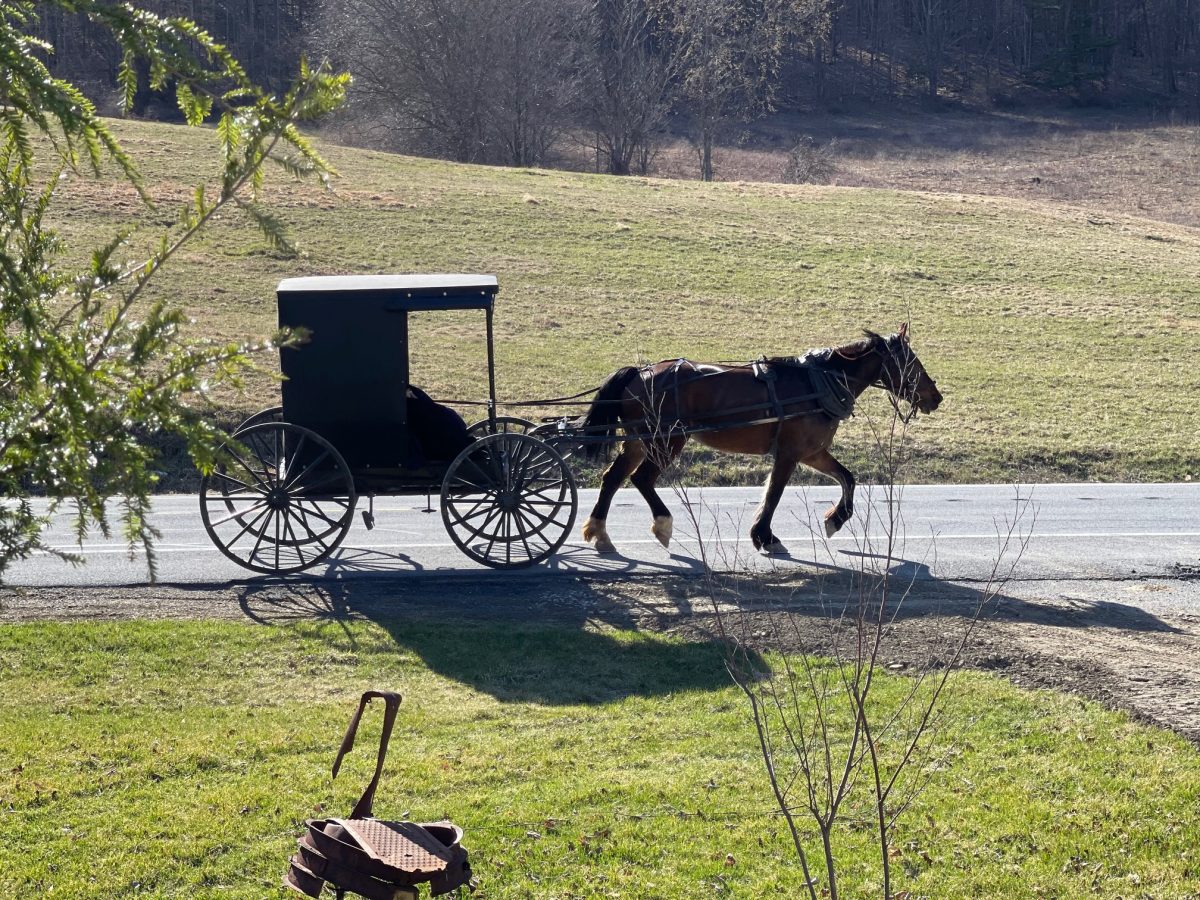 Today was a sweet special day.

Delilah, my young Amish neighbor has joined my book dispending campaign and has found a number of Amish friends who love to read and need some books.

I pull up to the shed, and we talk books. She also likes getting books for people.

She has two shy friends in the Amish community who don’t know me but who have heard I will bring books if asked.

Delilah and I had the nicest meeting, her looking over my shoulder as I searched online for books that her cousins and friends might like.

She doesn’t search online, but she was content to watch me, guide me, and chide me when I got a name or spelling wrong.

I see she loves her life, she loves sitting in the shed most of the day selling cookies, bread, pies, and necklaces.

We have the nicest connection.

After we were done, and I gave her my three Wendell Berry Books for her father Moise – The Farm, What Are People For, and the Art Of Loading Brush. I also got two Black Stallion books for her brothers and an Amish romance for her mother.

I’m curious to know what the boys think of the Black Stallion series.

As always, Delilah urged me to come to the baked goods shed and take some food in exchange for the books. I just couldn’t do it. The idea of taking money for the books, especially from children, just gets stuck in my throat.

We will do some good together. She is impressive and loves to read.

Moise wasn’t home when I stopped by, we are trying to get together to talk but both of us have been busy, we wave to each other as he passes by on his horse and carriage.

This is a different kind of friendship, I’m very comfortable with it. I’m discovering later in life that there is a shyness in me that I hide easily.

I went to WBTN for my radio show – now at 2 p.m. Wednesday and I was very happy with the broadcast.

People were calling, Maria called in to talk about our new lamb and the fight to save him and there were more calls than I could handle – five or six people I think including one from Iowa, another from Boston, another from Virginia.

Not a swarm, but a positive step.

I was happy with the calls and the talks. I have some homework.

The show was so busy I didn’t get to talk about barking dogs or how we gauge the intelligence of dogs.

You can hear the show live by going to WBTNAM.org and clicking on “live.” It’s quite simple, you don’t really even need an app.

I love Cynthia Daniello’s calls. I’ve asked her to call every week for Edgar reports.

She is in her 80’s and moves by wheelchair but has eagerly adopted a grumpy, deaf, and sometimes aggressive Chow/Corgi mix named Edgard.

Most of us would have tossed Edgar out by now but she is committed to working with him, and she calls every week with updates. 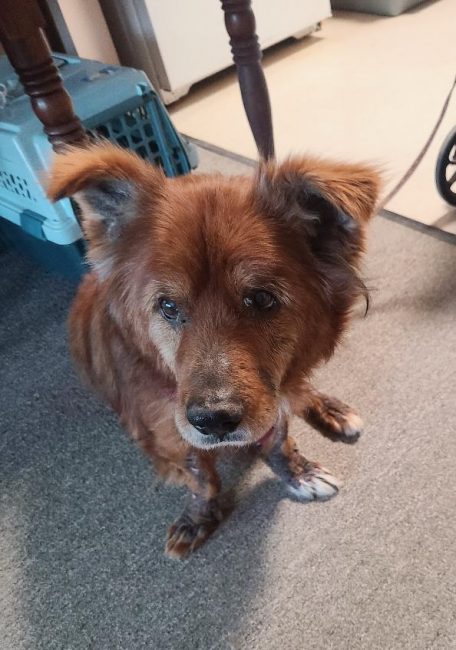 Lucky Dog Edgar, a Hellion, deaf and protective to boot.

She is a remarkable woman and I love speaking with her.  A number of incredibly stupid rescue groups refused to let her adopt a dog because of her age, a decision that is outrageous and out to be illegal.

Ageism is right up there with racism as something that ought to be fought at every turn. Countless older dogs languish in crates and die in them because of narrow-minded and ignorant rescue rules.

They can easily make arrangements for the dogs before they die.

The first thing Edgar did when he came home was bite her on the hand when she reached for his food bowl.

Then she learned he was deaf. Maybe that was why nobody wanted to adopt him.

Then he went after her rescue feral cat Ginger, who leaves right out front of her apartment in a special cat house. Then he began barking at everything that moved outside the apartment.

Edgar and Ginger are pals now, and Cynthia, a former vet tech, handles his food safely and often.

Rather than turn Cynthia down, the local shelter wouldn’t even charge her for taking him off their hands. Her daughter nearly refused to let him in the car.

Cynthia stuck to her guns, as she always does. I wouldn’t wish to tangle with her.

Edgar has settled down quite a bit, and Cynthia loves him very much. She is a strong and determined person and a true animal lover. She lives in an elder care facility in Virginia, I’ve never met her except on my radio show.

The next Rubicon to cross is guard barking. I’m on it.

Cynthia loves to get e-mail: her address is [email protected]hoo.com. I think she needs to understand how special she is.

Also, Maria is thrilled with her new simple sewing machine. That makes me happy, too. And it was a gorgeous day. I love being back at work in the Mansion, tomorrow I’m bringing a load of scrubs and some meditation necklaces for my meditation class.

It’s just ten minutes long, and Zinnia is coming.  We sold out an Amazon Mansion Wish List and I bought a few hundred dollars worth of makeover and nail equipment, the residents are having a blast working on themselves.

I took this shot of an Amish carriage this afternoon. I just love taking photos of these carriages, and they are now asking me for prints of the carriages and their horses. I’ll be happy to do that.