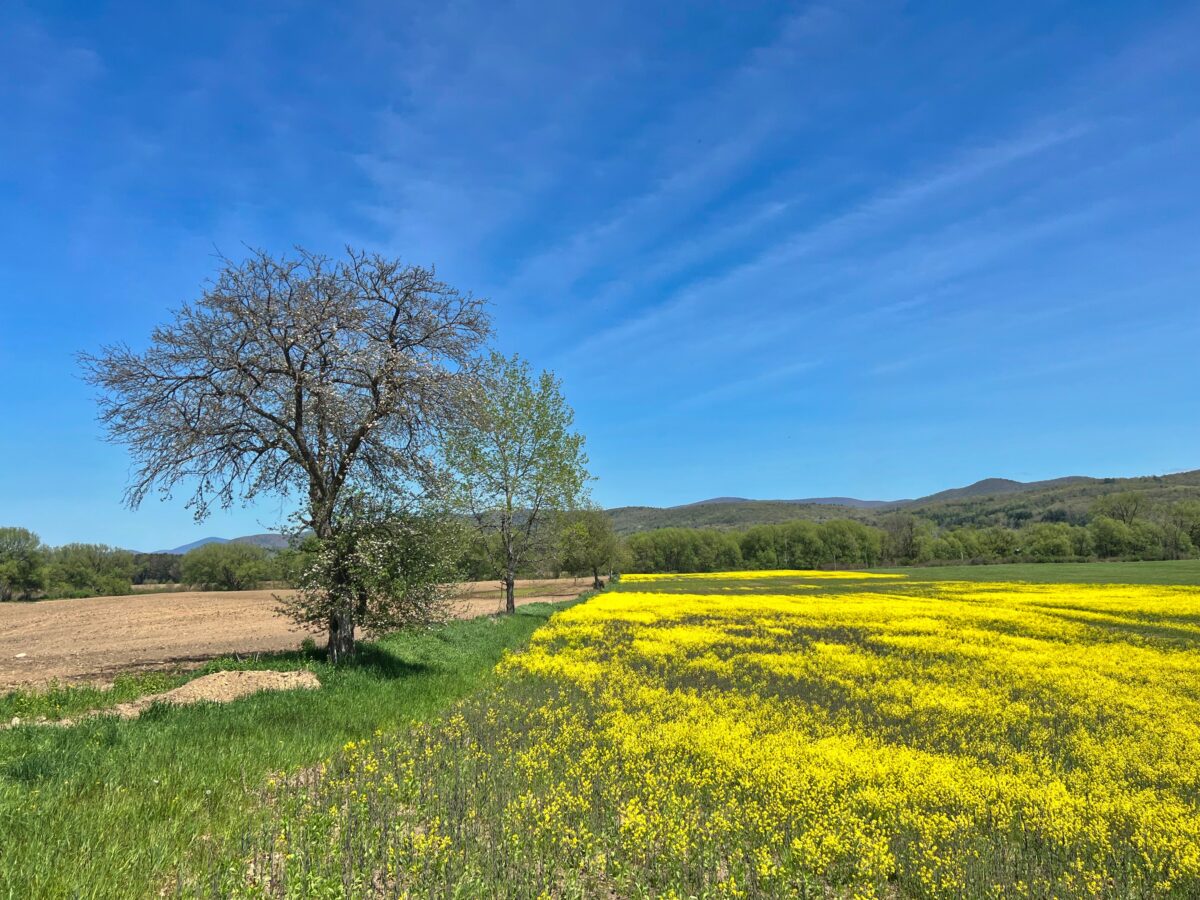 I struck a deep nerve with my photo “Two Pastures,” the other day. Thanks for all those good words This photograph turned out to have an interesting back story

I spotted the pasture while whizzing past it in my car.

I returned to get a closer look and took this photo: 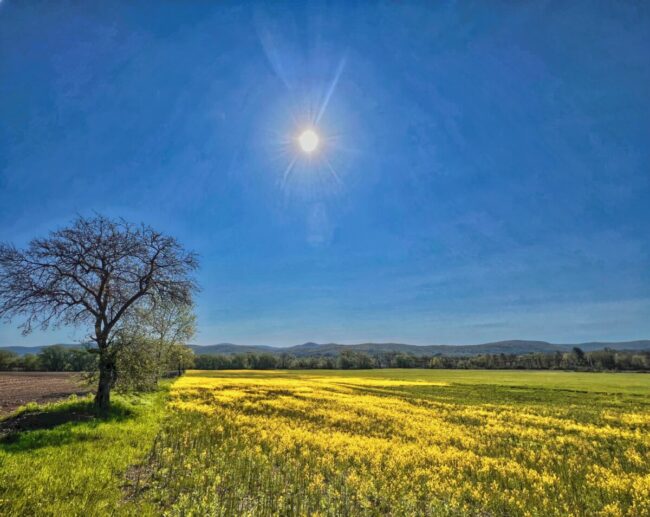 I liked it and so did a lot of other people, but I had this nagging feeling there was more to the image than I had captured, especially the really that the trees marked the boundary of two different pastures, side by side.

I went back yesterday to try to capture that (see the photo at the top of the page also) image more fully: 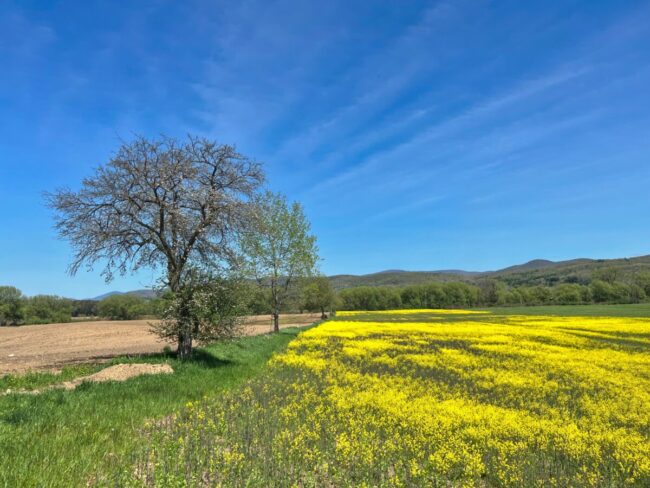 This was better, but I wanted the demaracation between the two pastures to be clear. I also wanted to try the Leica at the image.

The Leica always has its own way of seeing things, the thing the Leica most wanted to see in black and what was the tree, not the color or the two pastures. 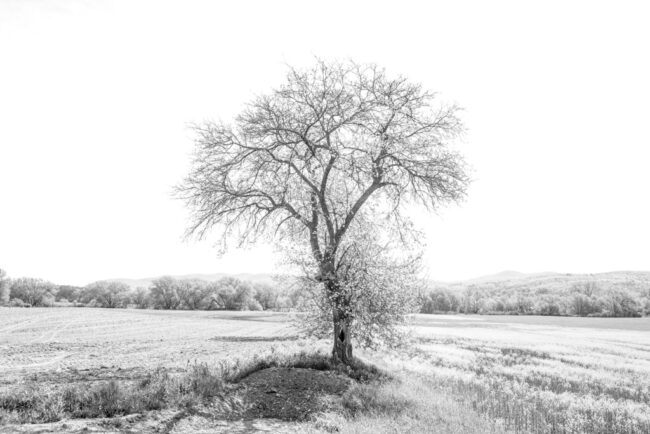 The black and white offered a wholly different perspective on the pasture, with its clear lines and sharp colors. It suggested the tree was the soul of the photo, not the pastures.

It’s an interesting idea. I like all of these pictures, the experience taught me a lot about the mix of things that can make a good photo – a vigilant eye, a good camera, some technical skills and a sense of composition.

I’ve driven by that pasture for years and never once thought to take a photo of it until this winter, in a snowstorm, and now, as Spring emerges and colors the landscape.

No one photo is better than any other, I think, they each tell the story of the pasture in a different way. Creativity is organic, it changes and evolves.