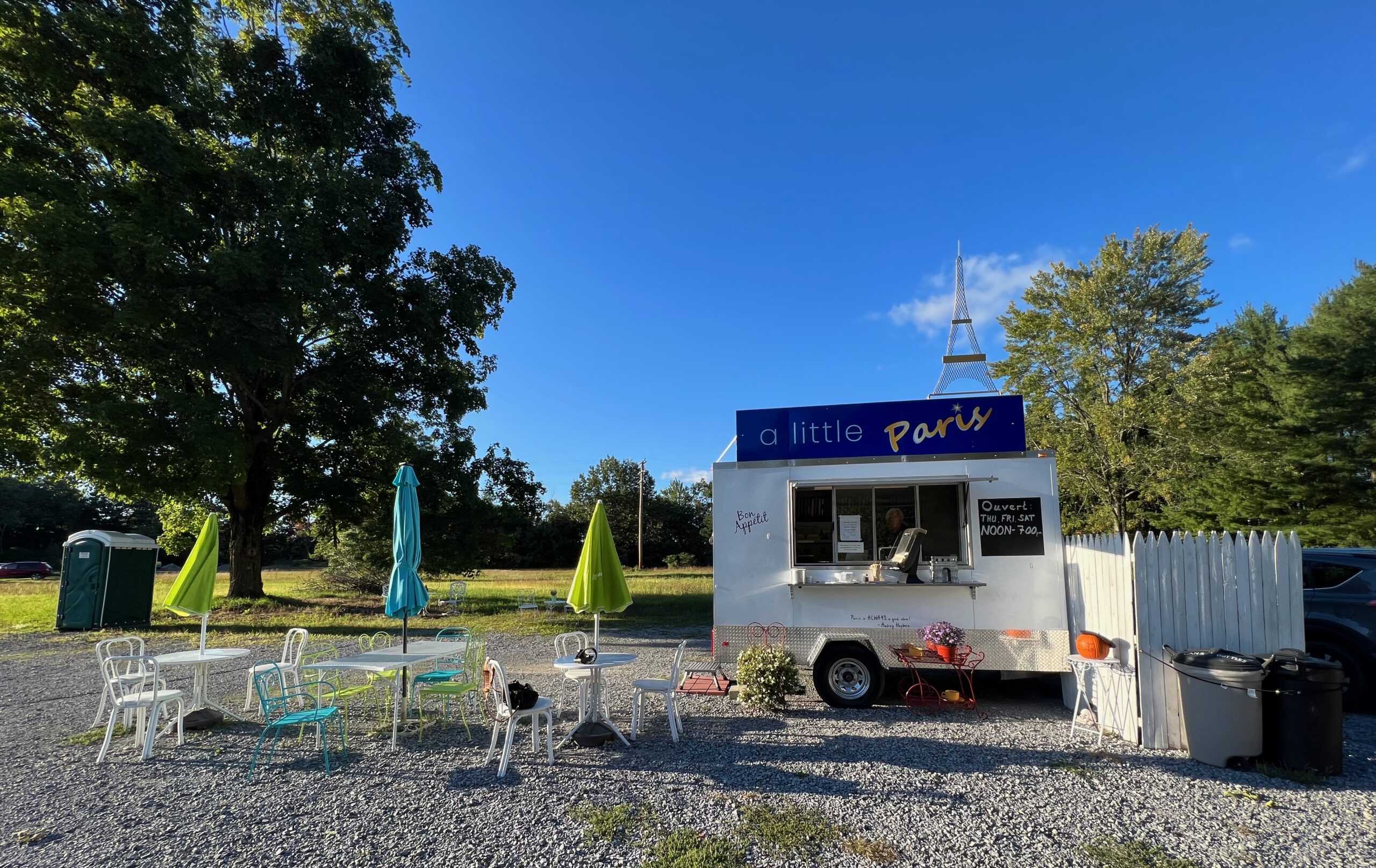 Maria and I never once thought we would eat locally-made delicious Paris crepes in the farmhouse in our lifetimes.

Today, I brought Maria back to “a little Paris” in Greenwich, a pop-up food cart in the agricultural center of our very rural country, to meet Bob and Bonnie Warren in their Parisian food cart launched earlier this year.

The cart is quite a surprise in this very rural and traditional place.

Maria thought Bob and Bonnie were just as nice as I described them, and we both want to see more of them, we invited them to dinner after the cart closes sometime around the end of October.

They go to Paris for a few weeks every year, and Bob is still teaching songs and music from his home in the off-season.

They will be closed from November to May or June. We will see of them before they close, perhaps after. 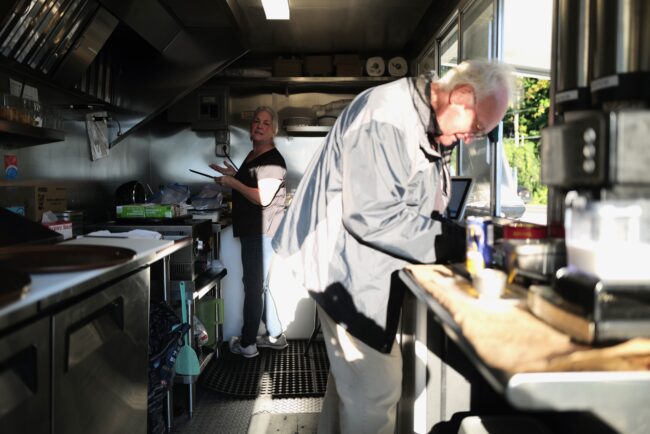 I got a peek into the kitchen with the sun glaring in behind me; the Leica got the picture. The space was small, immaculate, and well equipped.

The Warrens are nice, but their food is terrific. Bonnie has been in Paris every year for a long time and often led large groups of students to Paris with her.

The couple got this idea all of a sudden late one night. There was no agonizing. Bob loved the idea.

“Let’s open a place where people can get real crepes,” said Bonnie. Bob still teaches and writes music, but Connie has stopped teaching. She makes sure to visit France every year with Bob. They even have a favorite hotel in Paris.

That one conversation was all it took Both of them went to work.

It was too cold to sit on the tables there, so we took the crepes home and had a candlelight dinner with a bottle of good wine. It felt pretty special, and we were a little savoring such good food.

We forgot to order dessert, and they got busy, so we left.

Was this classy French food cart really here on Route 29, on the northern edge of Greenwich, N.Y., our county’s farm and agricultural center?

I’m used to it already. Our food outlook has changed. 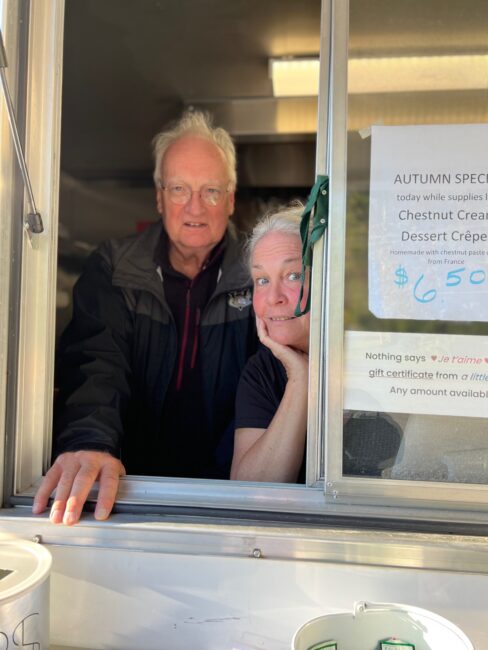 They don’t need our good luck and good wishes. They have made their own.